Who Is Andrew Tate?

Andrew Tate is a retired professional kickboxer and businessman from the United Kingdom. He has held world titles in multiple kickboxing organizations, including the K-1 Heavyweight Champion and WKA World Cruiserweight Champion. In addition to being a successful fighter, he is also an entrepreneur who has founded several companies, invested in cryptocurrencies and become one of the most famous influencers online. He is brother to Tristan Tate and the son of the late Emory Tate who was well known Chess master.

Andrew Tate rose to fame with his impressive kickboxing career. He made his professional debut in 2005 and won the WKA World Cruiserweight belt in 2007. Over the years, he has fought in countries all over the world. Kickboxing is where he got his start at fame however it is not what he has become known for in the last year as he has rose to fame as an influencer alongside his brother Tristan.

Tate’s rise to fame has come off the back of his controversial views on women and topics such as depression, however he also has a large following of people that love him and would claim that he has changed their lives. Some of his controversial views were that he believed women should bare responsibility for rape, although this statement is arguably taken out of context as it was taken from a long form piece of content.

He has also claimed that depression doesn’t exist, although again it could be argued that it has been taken out of context as Andrew states he chooses not to recognise depression for his own benefit. Whilst he has been criticised for these views, he does claim to have helped many men get over depression through his messaging.

In 2022 he was listed as one of the most Googled people in the world however at the end of the year was arrested on human trafficking and rape charges. There are numerous rumours surrounding his arrest with some saying Romanian police are investigating organized crime. 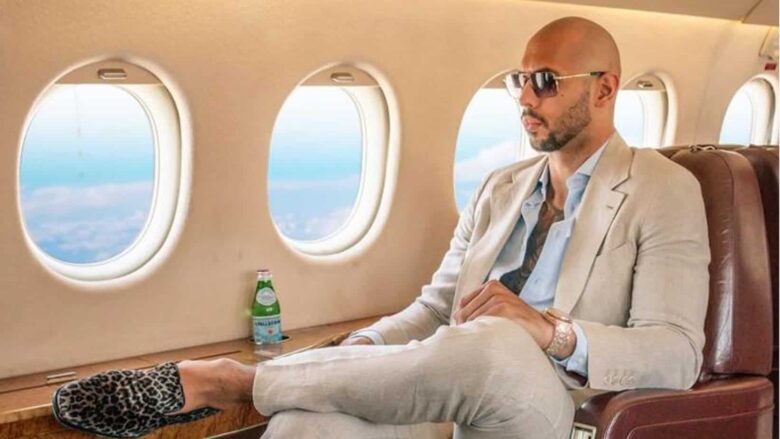 Andrew Tate has numerous businesses but in late 2022 he launched The Real World essentially a rebrand to his Hustlers University program according to NoBSIMReviews.com. Andrew Tate is a world-renowned entrepreneur and marketer and this was the next step in his mission to give people the tools and resources they need to become successful and prosperous.

The Real World offers online courses and webinars, as well as one-on-one coaching and mentorship from experts who have been there and done that in the business and marketing industry. His goal is to empower people and give them the knowledge and tools they need to make their dreams a reality and become financial and time-freedom entrepreneurs.

The Real World has faced criticism though with some claiming it to be a ponzi scheme and and that some of the tactics and strategies taught have been misleading and even dangerous. 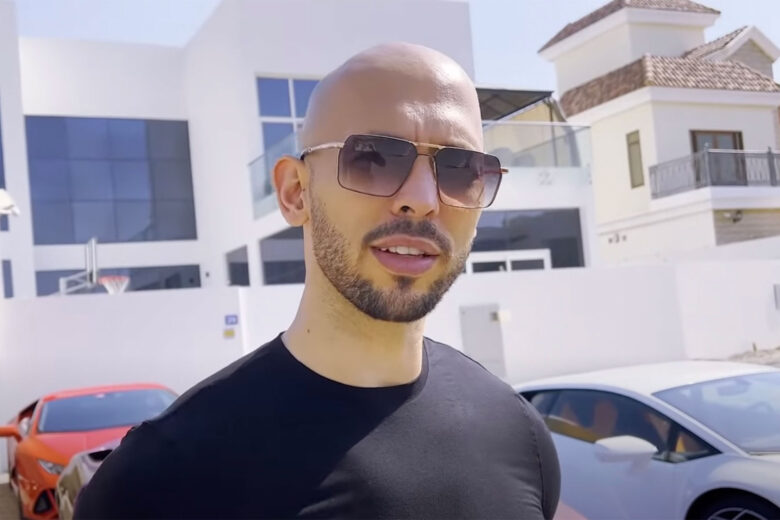 In August 2022 Andrew Tate was cancelled and banned from almost all major social media platforms and this was due to a variety of reasons. This included controversial and offensive remarks as well and numerous reports and complaints of harassment and inappropriate conduct. Tate responded claiming it was a matrix attack and an attempt to silence him on important topics.

He was removed from Twitter, Instagram and Facebook and his YouTube channel was also taken down and removed. This resulted in a huge blow to his online presence and the loss of many of his followers and supporters and left him without a platform to express and share his views and opinions. He since moved to Rumble and has had free speech on there to say and do as he wants.

Despite this, Andrew Tate arguably became more popular as he fought back against the ban and continued to go viral on platforms like TikTok, Instagram Reels and was featured on numerous podcasts.

In November 2022, Elon Musk and Andrew Tate had a conversation and eventually he was un-banned and given his Twitter account back. This shocked and surprised many and received a lot of attention and exposure and was seen as a huge win and sign of hope in the battle against censorship and cancel culture.

Since then Andrew Tate has used the platform as expected posting his controversial views and making claims against the matrix and the systems and structures of our world. 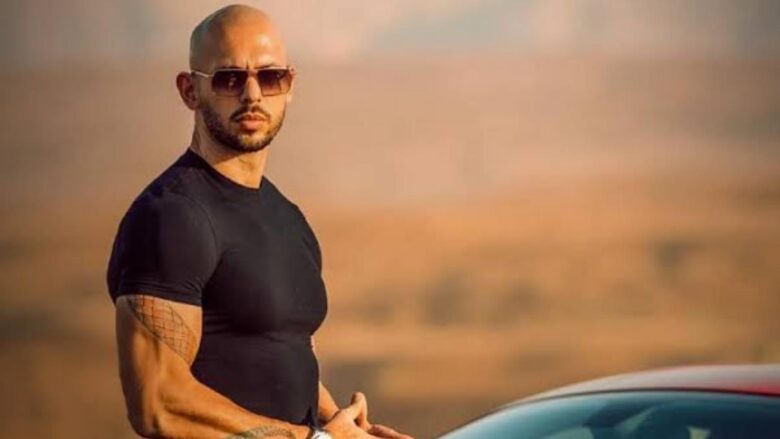 In late 2022 between Christmas and New Years Eve, Andrew Tate was arrested by Romanian authorities after an investigation into alleged money laundering, fraud, human trafficking and rape. The Romanian National Anticorruption Directorate (DNA) and the DIICOT criminal investigation and prosecution service conducted a joint operation and arrested several individuals.

There has been widespread coverage and speculation and Andrew Tate himself has denied all charges and is confident that he will be proven innocent. As of now, the case is ongoing, Tate and his brother are being held for 30 days and a trial could take place in 2023. 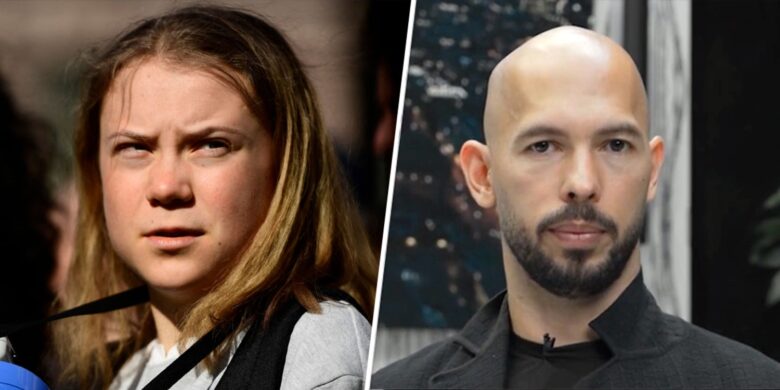 Andrew Tate and Greta Thunberg have had a contentious and controversial relationship and have been clashing since early 2021. Andrew has made multiple controversial and inflammatory remarks and tweets about Greta and her activism and has been accused of cyberbullying and intimidation.

Just 1 day before his arrest Andrew tweeted Greta Thunberg sharing his list of supercars and how they pollute. This and other tweets and remarks from Andrew have been seen as inflammatory and inappropriate by many and sparked a huge backlash.

This led to Greta replying with a Tweet that ultimately went viral. Andrew then replied with a video of him eating pizza and mocking and belittling her and her work and influence.

It was claimed that Romanian authorities used the Pizza box and and Andrew’s video Tweet among other evidence for the investigation and arrest and it is unclear whether this was the case or not.

Part of the allegations against Andrew Tate and his associates include human trafficking charges and it is alleged that they were recruiting and exploiting people from Romania and other countries using a loverboy method to attract females.

At the moment, Andrew Tate and his associates are still under investigation and no official charges have been made against any of them however they are being held for 30 days and their assets and properties have been frozen. This includes many high end supercars and his compound in Romania that was raided. 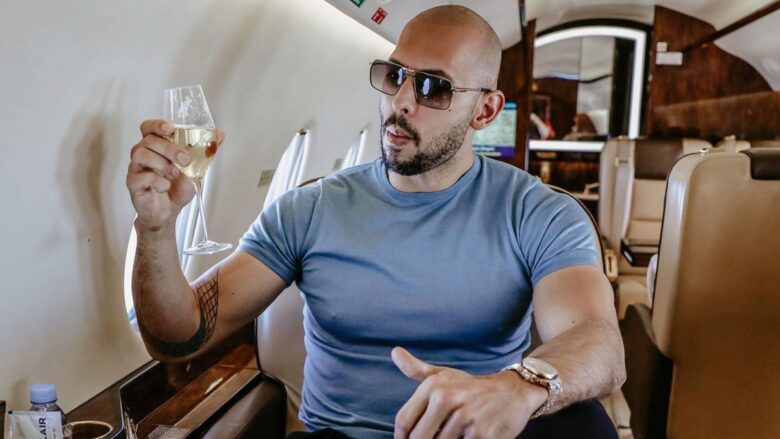 Andrew Tate is also well known for his controversial and outspoken views and posts on social media and he has been criticized for numerous comments and videos he has posted. Some of the topics he has discussed and been criticized for include depression, suicide, eating disorders and even cancer.

Despite all of the criticism and controversies surrounding him, Andrew Tate still remains popular and has a large following online. There are even those who will defend and support him and claim that he has made a positive impact on their lives.

In conclusion, Andrew Tate is a controversial and outspoken media influencer and entrepreneur and his views and opinions have caused widespread outrage and criticism. He is currently under investigation by Romanian authorities and it remains to be seen if any charges will be made and if his businesses and enterprises will survive and continue to thrive. In the end, only time will tell what the future holds for Andrew Tate and his followers.

Looking Out What to Give Your Grandma as a New Year Gift? 7 Ideas To Help You Out

How to Promote Your New Game for Free?

6 Amazing Gifts for Influencers to Elevate Their...