With the global population continuing to grow, the expected side-effects of this growth are continued to develop and show no signs of abating. Congestion and overcrowding, both on footpaths and on the roads and rail, sit alongside increasingly choked environments as larger populations continue to produce large amounts of waste. As environmentally conscious travellers in Canada look to limit their carbon footprints, eco-friendly transport such as electric scooters from Epic Cycles have surged in popularity although the law in Canada differs depending on where electric scooter enthusiasts live.

The growing popularity of electric scooters

Modern-day electric scooters are noted for their shared nature, allowing commuters to use Smartphone apps to unlock electric scooters dotted around various city centres. Once used, the scooters can be relocked by the app and users are charged for the time they spent riding it. While the technology is very 21st century, the origins of electric scooters go much further back.

The first recorded patent for an electric, battery-powered scooter or motorcycle reaches back all the way to 1895 when it was filed in Ohio, US. Variations on the concept continued to be developed throughout the 20th century but it was not until 1996 that the first mass-produced electric scooter was made available in France. Amid the growing environmental concerns over fuel emissions, the focus on electric, rechargeable vehicles has seen the global market for electric scooters soar – with the latest forecasts valuing the market at over US$51 billion by 2026.

Government support has also grown, with Canada ploughing $62.5 million in 2016 into an electric vehicle infrastructure, and outlining plans to spend a further $16.4m on 80 new charging units for electric vehicles. And while some studies have raised doubts over the environmental benefits of electric scooters compared to walking, riding a bike or taking a bus, they are still considerably more friendly to the environment than cars – and comments made by electric scooter company Bird Canada point to ongoing innovation to boost sustainability even further. 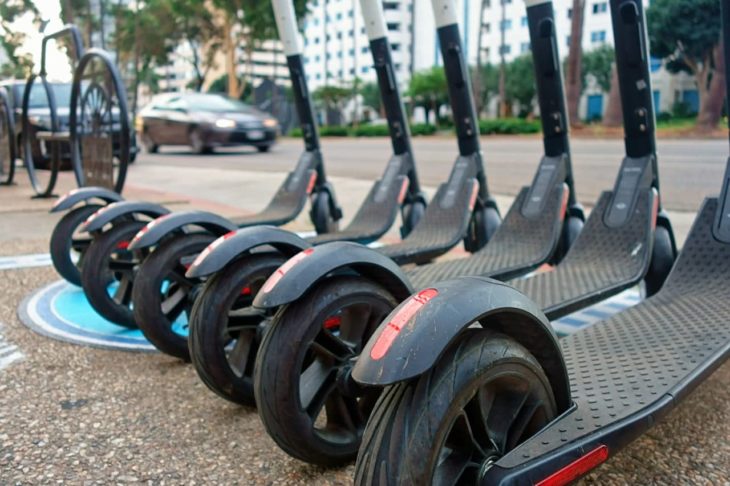 But there can be no doubt that electric scooters feature many more benefits over gasoline-fuelled traditional alternatives. While the time taken to recharge a battery is considerably longer than it takes to fill a tank, it is also much cheaper to do so, while the quiet sound of electric scooters reduces noise pollution and overall unpleasant traffic sounds. Electric scooters also require minor maintenance, with none of the adjusting, tuning and lubricating that is required of traditional motorcycles.

What does the law say about electric scooters?

As with any new innovation and rapidly advancing technology, there are rules and regulations governing the safe use of electric scooters. Ongoing safety fears have led to total footpath and road bans in Singapore, so in Canada it is worth clarifying the differing laws of the various provincial governments.

In British Columbia, the Motor Vehicle Act sets the laws regarding all motor vehicles. It states that electric scooters are legal on private property or on trails and pathways, but are illegal on roads or sidewalks. However, the Act’s definitions of motorized vehicles and electric bikes do not appear to include electric scooters, suggesting that BC laws might one day change to reflect the widening use of electric scooters.

In Alberta, the laws on electric vehicles are set down by the Traffic Safety Act, which says that electric scooters are legal on private property, on sidewalks and on bike paths, but not legal on roads. As with British Columbia, Alberta’s definitions for electric vehicles are slightly vague but its government defers specific regulation of electric scooters to municipal governments, with recent developments seeing the city of Calgary green-lighting a project for scooter sharing services to operate in the city in 2018, while Edmonton has indicated plans to amend bylaws that would see electric scooters on roads as long as they don’t go over 50 km/h. 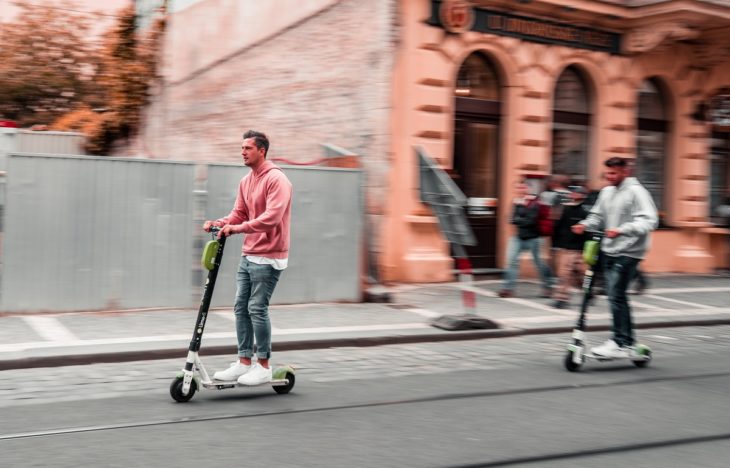 Ontario’s Highway Traffic Act controls the laws on vehicles there and this states that electric scooters are legal on private property or on trails and pathways, but not legal on roads or sidewalks. As with British Columbia and Alberta, Ontario’s legal definitions for motor vehicles and electric bikes do not explicitly reference an electric scooter, which is currently keeping them off the roads.

So far Quebec is proving to be the Canada province most welcome to electric scooters, with laws set out in the Highway Safety Code and the wider Canadian Motor Vehicle Safety Act designed to enable electric scooters to work alongside other modes of transport. Both acts state that electric scooters are legal on roads where the speed does not exceed 50 km/h and private property, but they are not legal on bike paths and sidewalks.

In August 2018, the Quebec provincial government established a three-year pilot project to test the use of electric scooters on certain public roads, as long as they remain low speed, while riders must meet a set of specific criteria.

Coping With Injury – This Can Help