Why, Yes, I Probably Do Have Misophonia, Now Stop Chewing Like That!

Do you ever fly into a small brain rage at the sound of your friends or lovers swallowing? Freak out at the tenor of your officemate’s voice? Want to strangle your roommate over their incessant throat clearing? Then you, like me, might have a case of misophonia. What the hell is misophonia? It’s a newly named disorder for people who cannot handle the tiny sounds of everyday life. If you’re driven to distraction, anger and rage by people chewing gum, or the sound of a fork hitting your friend’s teeth, or a foot tapping, you may have misophonia. And great news! There is no cure!In all honesty, I don’t know if my aversion to noises is bad enough to truly be diagnosed with misophonia. Sufferers report flying into rages at the sound of slurping and suffering from intense anxiety because of tapping fingers. On “The Today Show,” misophonia sufferer Heidi Salerno described wanting to “knock the person’s teeth out so they can’t chew anymore.” I’ve never resorted to physical violence, but I have thrown a lot of shade and given my fair share of the side eye. I think I might have gotten traces of the disorder from my father, who is painfully noise sensitive, to the degree that as a kid, we weren’t allowed to turn the faucet on after he went to bed. The sound of running water was enough to wake him up and send him into a rage. Similarly, I always knew to skip the top step on the stairs–it creaked and would also wake him and incite a screaming match. 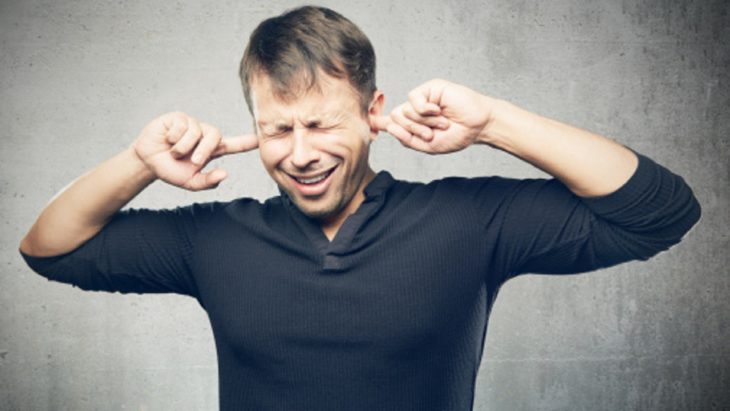 My father’s sound sensitivity extended to the dinner table, too. He absolutely hated the sound of my mother sucking the marrow out of chicken bones (which is admittedly, kind of gross). He hated repetitive noises — something I’ve inherited from him, too. It’s not loud sounds that drive him — and me — crazy, it’s soft, repetitive noises that become enlarged and take over our brain spaces. He would often comment on the way my brother, sister and I walked — our heavy tread. Ironically, I kind of have terrible overall hearing — and have only partial hearing in my left ear.

So, the really bad news? There’s no cure for this disorder, only coping mechanisms that sadly often involve isolation and headphones. (I write this with headphones on as Ami eats carrots next to me. Cringe.) Do you think you have misophonia? What sounds drive you crazy?

Girl Talk: My Mother Is A Hoarder