Girl Talk: My Mother Is A Hoarder

The smell of ammonia—a holdover from when the cat was sick—is the first thing I notice, before the dust seeps into my nostrils, making my eyes itch. The door doesn’t fully open, blocked by boxes in the entryway. The piles of craft projects, winter coats, and litter are pushing out from the walls, trying to escape outside. I have to turn sideways to get into the hallway, to the foot-and-a-half kept clear of debris so people can pass to the kitchen or living room. The dining room, with a hanging lamp and large oak table, was long ago lost entirely to the clutter.

There’s too much stuff. It’s disgusting. I hate it here.

She just has a compulsion to keep. Things that come into the house often don’t leave again. Things pile up. 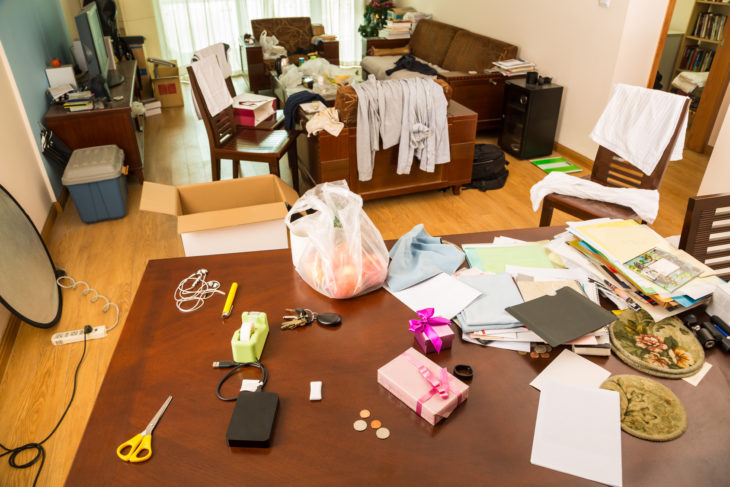 My mother is a hoarder. Yes, the kind you might see on A&E’s “Hoarders,” or TLC’s “Hoarding: Buried Alive,” or InStyle’s “Clean House.” In fact, it’s probably worse than the homes you can ogle weekly, but you’ll never see my family on TV. The shame is too intense.

It’s likely she’s always had a compulsion to hold on to possessions—even my earliest childhood memories include the “no-no room,” full of odd belongings and kept closed all the time—but I don’t think it became overwhelming until my grandmother died. It’s common, in hoarders, to have some kind of emotional trigger, when keeping “stuff” becomes important to feeling safe.

As far as I know, no one outside of the immediate family knows about the struggle inside the house, not even my mother’s two sisters. Friends of the family surely wonder the reason why my parents are so rude as to never invite someone over, but nothing has ever been said. Outwardly, my mother is one of the most maternal, generous, helpful people I’ve ever met. The problem with stuff doesn’t come from an expensive shopping habit, or an obsession with day-old newspapers. 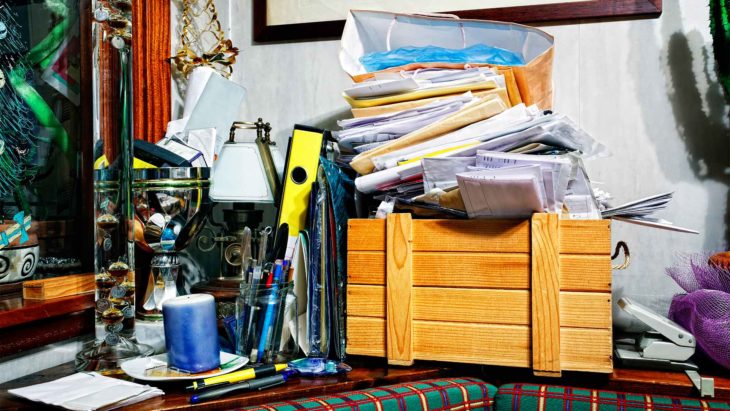 She just has a compulsion to keep. Things that come into the house often don’t leave again. Things pile up.

I think my mother’s problem comes from her perception of how things should be: She can’t live up to her perfect ideals, so she gives up. It’s always been surreal the way she kept my bathroom absolutely spotless, and when I was a teenager, the same was expected of my room. It was ruthlessly clean—and a sharp and bitter contrast to the rest of the house, where we pulled out kitchen drawers to lean cutting boards on because there was no counter space, where we haven’t sat on the sofa in years.

Sometimes I wonder why my dad puts up with it. How has he stayed married to her, and her problem, for more than 25 years? We try to clean up—an exhausting, endless task—only to be yelled at when my mother comes home. She accuses us of throwing out things she needs, of making things worse. What’s the point? We can’t fix the hoarding for her, and even if she were to get therapy, science doesn’t know a cause or a solution. My only answer is that my dad must love her, deeply, despite such a gaping flaw.

Now that I’ve moved out of the house, I try to love her that way, too. But it isn’t ever easy to go home.

Comedies Are Literally Good For Your Heart

Why, Yes, I Probably Do Have Misophonia, Now Stop Chewing Like That!