Well, this is one hell of a surprise. An Australian woman became pregnant while already pregnant thanks to an extra egg and super determined sperm. No, this is not a typo or a weird lab experiment. Kate and Peter Hill had sex one time, but his sperm stayed alive for 10 DAYS to fertilize a second egg that was randomly released by her body despite being pregnant already. Kate was diagnosed with polycystic ovarian syndrome (PCOS), a condition that prevents her from ovulating. Because of her condition, the couple had to undergo hormone treatment to encourage her body to ovulate so they could begin a family.

When they went in to take a first peek at their tiny embryos, one clearly had an older gestation age than the other one. This meant Kate had experienced a rare occurrence known as superfetation — becoming pregnant during a pregnancy. The Hills eventually welcomed their daughters Charlotte and Olivia into the world in December 2015 as non-identical twins, but everyone is still wondering how the hell this happened. There are only 10 documented cases of this happening in the world, so Peter can pride himself on having some of the most badass, resilient sperm on the planet.

The Hill family isn’t the only one who has had some weird science going on during a pregnancy. Earlier this year, a North Carolina couple welcomed a rare trio of identical girls. Kimberly and Gavin Fradel conceived their triplet daughters naturally – a literal one in a million chance – and had to paint their toenails to tell them apart.

There was also the incredible story about the baby girl who was removed from the womb to have a life-threatening tumor removed and then placed back into the womb. LynLee’s rare condition began to threaten her life at around 23 weeks of gestation, so a special team of doctors had to remove her from the womb to perform surgery. After it was completed, she was placed back in the womb and her mother’s uterus was sewn shut for another 12 weeks. LynLee was then born for the second time on June 6 and seems to be growing right on schedule. 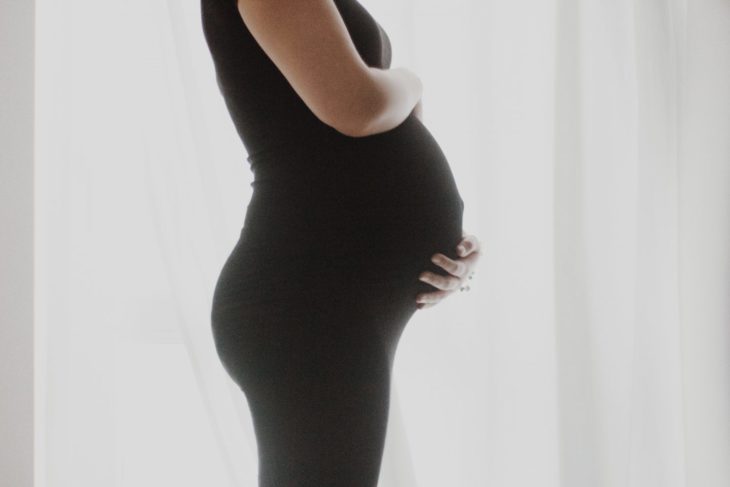 Superfetation may be extremely rare, but it doesn’t mean sperm aren’t natural fighters. While a woman’s body usually stops releasing eggs when her hormones change due to pregnancy, it is normal for sperm to hang out for several days. As a matter of fact, those hearty ones are the sperm that carry the other X chromosome to make a baby girl. But, 10 days is still a huge stretch.

Let’s pray that we never encounter super sperm that will keep getting us pregnant while we are already pregnant. Amen.

6 Problems Only Women With Big Knockers Will Understand