Women Who Have Succeeded In the Casino World

Gambling as аn entertainment goes far back in history but what is little known is that women have not been allowed to step in the gambling salons for a long time. Until the 1960s, women could not gamble legally. Over time and with the fight of women for equal rights on all fronts, this also changed and women were allowed to gamble just like men.

After being allowed to enter casinos, many women have climbed to the top of the gambling ladder and many have won some of the most prestigious gambling tournaments in the world. Some of them represented revolutionaries who pushed the boundaries against gender discrimination by allowing future generations of women to equalize the gender division in the casino industry. Nowadays, many women are the stars of online poker for which there are numerous casinos rated by the country (check out here), payment systems, bonuses they offer, etc. 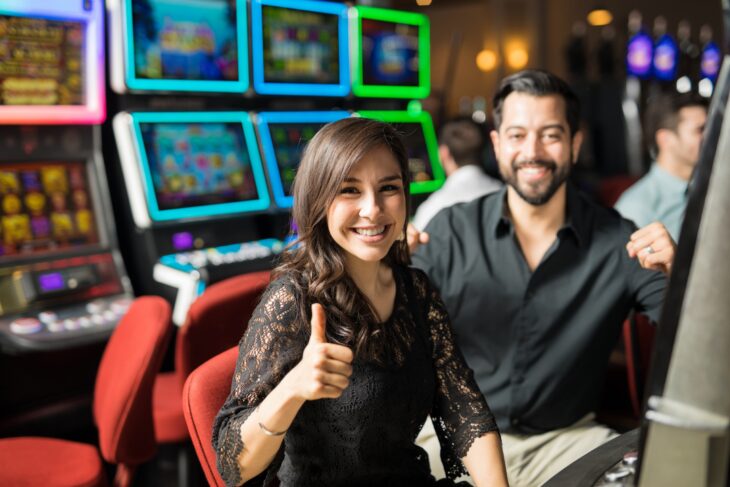 Pathological gambling is considered a problem that mainly affects men but the number of women who gamble is also increasing and should not be ignored. Although women have progressed far beyond traditional roles, many still tend to think of women only as guardians, housewives, and mothers so for most people, the image of a woman gambling addict is unthinkable. You could not even imagine a woman in a casino before, and now there are more and more of them. There used to be a couple of women in the casino, and today there are almost as many as men (there are even gambling sites that are intended for women only).

A society that does not recognize that pathological gambling affects women as much as men often make it difficult for women to express their problem to family members and friends, having fear of condemnation and rejection. It is important to understand that gambling destroys lives equally, regardless of gender. The average age of a woman who starts gambling is 34 years, compared to men who start at the age of 20. Although women tend to be older when they develop the problem of pathological gambling, their addiction becomes problematic much faster than with men.

Research says that men are more often ‘action’ gamblers, who favor blackjack and poker, while women tend to be the ‘escaping gamblers’ so they are more attracted to games based on luck, such as slot machines, video poker, and lotteries. Women are called ‘escaping gamblers’ because gambling is for them an escape from reality that often involves abuse, neglect, or loneliness rather than a way to make money. Playing games such as slots that encourage the repetition of the same actions allows women to focus on the game itself and nothing else. Games like lotteries, video poker, slot machines, or bingo provide quick wins and losses.

Because women tend to be very skillful at hiding their gambling experiences, the consequences can escalate before family members and friends realize there is a need to seek help. This ‘hidden addiction’ has not been observed as women gamble mostly online in their homes or buy lottery tickets while shopping. Women prefer online gambling because they love the anonymity which is enabled this way. Also, online gambling gives them a greater sense of control, security, and comfort.

And now, let’s go to the brighter part of the article that we have prepared for you. We will recall who were the successful women in the world of gambling and which ones are successful now… 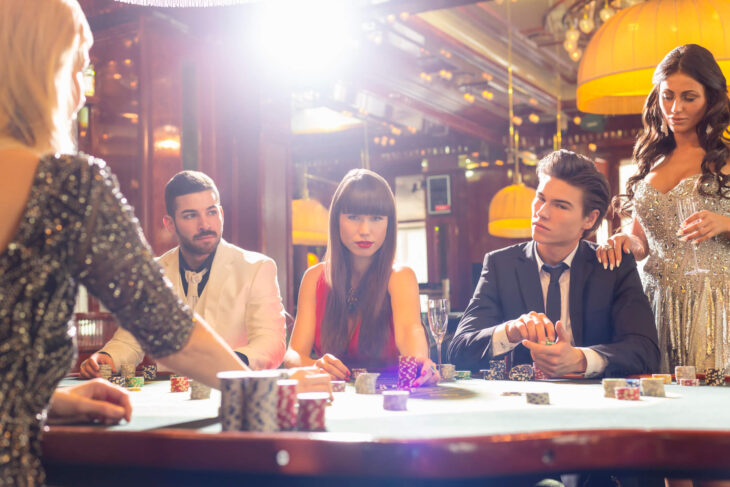 Who Are the Successful Women in the World of Gambling and What Did They Play Most Often?

We will start with Annie Duke, who is a poker player known for multiple tournament victories as well as television appearances. She initially embarked on an academic path, studying psychology at a local college. Over time, she discovered her talent for poker and won many tournaments, and later worked as a coach for tournaments in Vegas.

The next to represent successful women in the world of gambling is Judy Bayley, who has been called “The First Lady of Gambling”. She graduated in English but she is also musically educated. She married Warren Bailey, who owned a hotel chain based in California, and eventually opened hotels in Las Vegas. They were among the first to open a hotel-casino, and when her husband died, Judy became the first woman to own a hotel-casino and successfully manage the business.

Another revolutionary figure in the world of women’s gambling is Claudine Williams, who became the youngest woman to ever have a gambling club in Texas. She is also the first woman to be inducted into the Gamblers Hall of Fame in Nevada. She gained attention and fame with her contribution to the development of the gambling industry in Las Vegas. 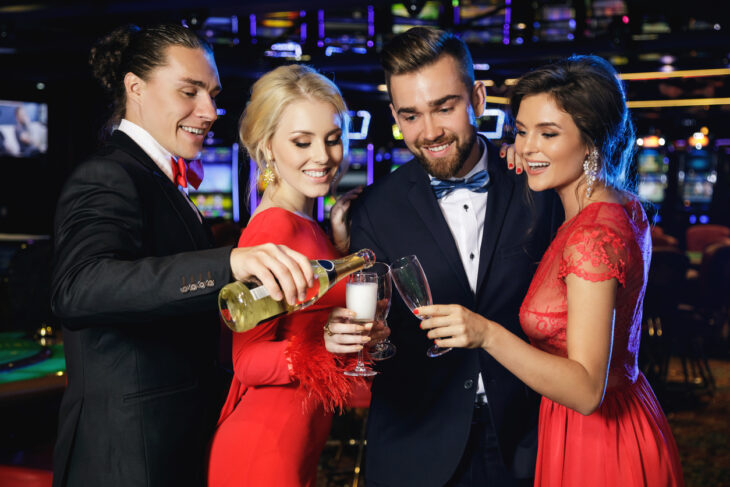 When the talk of successful women in the world of gambling takes place, many will think of Vanessa Selbst, who is considered to be the greatest poker player ever. She has made a big shift in the women’s poker scene since first appearing in 2006 at the World Series of Poker in Las Vegas. She has won three WSOP bracelets and has been to over 25 final tables in multiple tournaments. Vanessa has the highest earnings of all women in poker tournaments (nearly $ 12 million). To this day, she remains the only woman to win first place in the Global Poker Index tournament, beating both men and women. Today, she has her own poker companies and has been inducted into the Gamblers Hall of Fame in Nevada.

Lottie Deno is also worth mentioning as she stood out as a revolutionary figure in the world of gambling. Born in 1844, Lottie was probably the first woman to gain any reputation for her poker skills. During the Wild West, where prejudices against women were at their peak, she showed courage, laying the foundations for women in the world of gambling in the future. 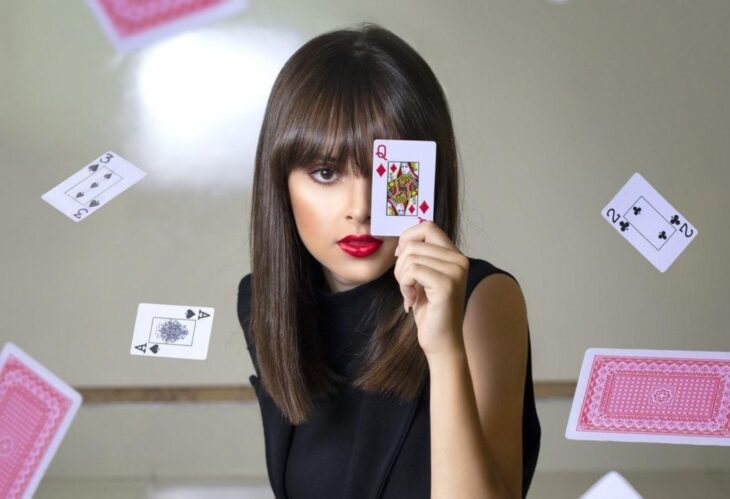 Meet Successful Women in the World of Gambling In Online Casinos

Gladys Knight, known as the “Empress of the Soul”, also deserves attention. She is a singer with seven Grammy Awards. Having built a successful career in the entertainment industry, she spent a decade dedicated to gambling. Gladys played mostly baccarat and blackjack.

When we mention successful women in the world of gambling, Annette Obrestad stands out nowadays. She is known through her social networks, where she mostly shares makeup tips. Along with that goes her successful poker career. When Annette first came on the scene, at the age of 15, she used her parents’ credit cards to sign up for various online poker sites. Between 2005 and 2006, this Norwegian lady collected over a million dollars in cash prizes. She continued to play in poker tournaments offline as well and won a million dollars in the World Series of Poker Europe for her 19th birthday.

At the end of the article, we will mention the Canadian poker player Kristen Bicknell, who is playing it online. She participated in many tournaments, giving herself the nickname “The Ultimate Grinder”. In time, she has nicknamed “The Fatal Woman”. Today, Kristen is considered one of the best female poker players in the world and, by 2020, her tournament earnings were more than $ 5 million.

With this article, we have introduced you to successful women in the world of gambling, of which there are many but we have singled out a few because of their specificity and the influence they have made.

Are Women More Successful In Sports Betting Than Men?