Alexey Bykov wanted to prove to his girlfriend how important he was to her. How romantic, right? So he contracted a stuntman, makeup artist, screenwriter and director to stage a fake car crash just so his girlfriend could watch him die. Only, of course, Bykov, 30, from Onsk, Russia, wasn’t actually dead. He had staged the whole thing so that he could propose. Yes, this makes no sense. 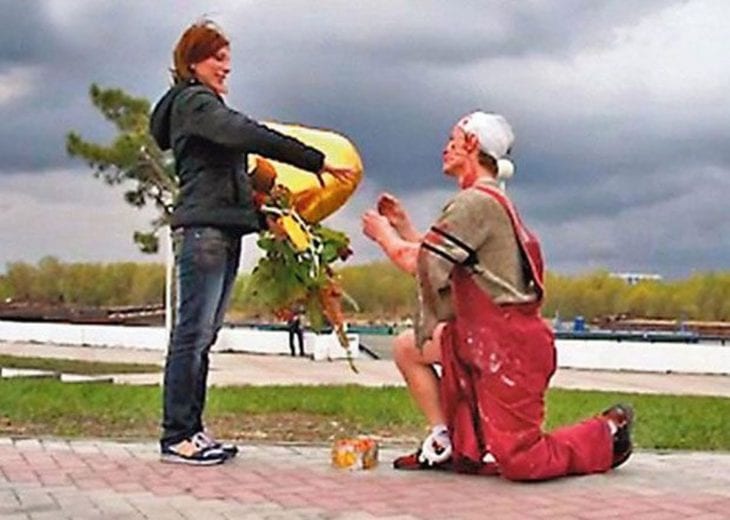 “When I arrived there were mangled cars everywhere, ambulances, smoke, and carnage,” said Irina, clearly traumatized from the realization that she’s dating the most manipulative fucker ever. “Then when I saw Alexey covered in blood lying in the road a paramedic told me he was dead and I just broke down in tears.”

Then Alexey “miraculously” rose from the dead, and proposed to Irina. And for some stupid, stupid reason, she said yes.

“I wanted her to realize how empty her life would be without me and how life would have no meaning without me,” Bykov said. “I think it worked but I promise it’s the last time.” Right. [Orange News]

Why your Startup Must Have a Website: Exploring the Benefits

20 Things Every Woman Should Do Before She Gets Married