Yes Or No: Would You Eat Beer Jelly?

Hey, apparently there’s such a thing as beer jelly, which is exactly what it sounds like: Gelatinous beer. It’s made by Potlicker Kitchen in Vermont, which is run by two former archaeologists. They had some success with wine jelly (so, grape jelly but with that extra yeasty flavor?) and thought they’d turn their sights to beer this year. It’s made the same way all jelly is – it’s made viscous by pectin and sugar.

I don’t know, man. Would you put beer jelly on your bread? 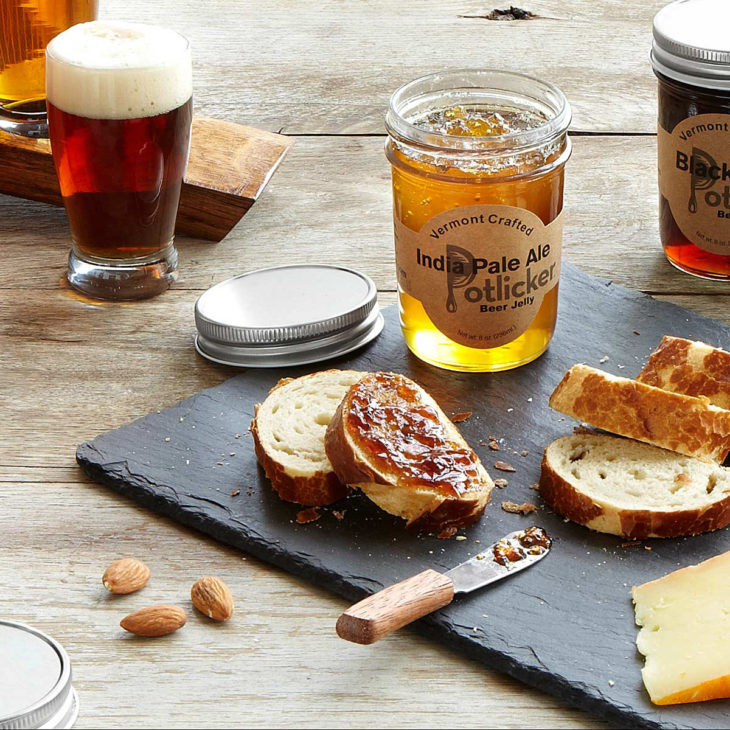 I suppose I’ve eaten things that on paper sound worse than sweetened, jelly-textured beer (steak tartare comes to mind), and Apricot Ale jelly sounds like a pretty dern good way to start. What do you think?

Here’s What Men Really Think of Women Who Swallow

What’s The Difference Between American and Chinese Garlic?