I think we can all agree that all the inclement weather is causing a collective bout of winter insanity. Everyone has their reasons. Mine is minor frostbite on my left, second toe that’s made trekking through slippery ice slush even more uncomfortable than it already was. Seriously, last night, I had a dream that it was summer. That’s it. Just that it was warm again.

But there is the tiniest bit of good news about the Winter Of Our Discontent. A study published in science journal, Cell Metabolism, concluded that shivering is just about as good for your body as exercise. Researchers found that the muscles of shivering people triggered a hormone that activates fat and burns energy to generate extra heat in the same way that rigorous exercise does. 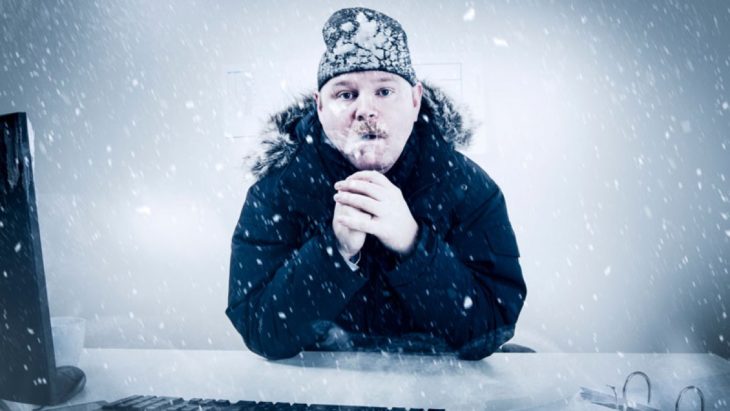 “With shivering, we obtained a similar increase in irisin level as maximum exercise, or one hour of exercise, but the timing was much shorter and the amount of energy expenditure was lower than these two types of exercise,” said Dr. Francesco Celi, one of the authors of the study.

So don’t beat yourself up for not wanting to brave giant heaps of snow to run on a treadmill, you’ve been doing enough shivering to make up for it. [Yahoo]

How To Tell A Man He’s Bad In Bed

Public Service Announcement: 11 Ways Kissing Is Great For Your Health

What Should Your Baby Wear in Cold Weather

Why is Attitude an Important Fitness Level Factor...