A few weeks ago, I was flying home from a blissful vacation, trying to ignore a screaming baby a few rows ahead of me and cringing at the cacophony of phlegm-y coughs coming from the seat behind me, when I realized that every flight is exactly the same. Looking around me, it was as though I’d been dropped smack dab in the middle of a roster of characters that work together to make air travel the uniquely strange, gross, frustrating experience it is. Who are these people that seem to be present on every flight, ever? Let’s break it down in list form…

1. Patient Zero. This person is always sitting a couple rows behind you. They usually remain silent until you’ve reached cruising altitude, when they take a deep, rattling breath and release an onslaught of mucus-flinging, seat-shaking, dangerously contagious-sounding coughs. You will attempt to hold your breath to avoid ingesting all the germs they’re hacking into the stale airplane air, but your efforts will prove worthless, and two days later, you’ll wake up with the same damn cough.

2. The Gassy Gus. This is pretty self-explanatory, right? This person got a little too excited about the in-flight beef stroganoff and now their digestive system is rebelling–and the rest of the passengers are suffering dearly. 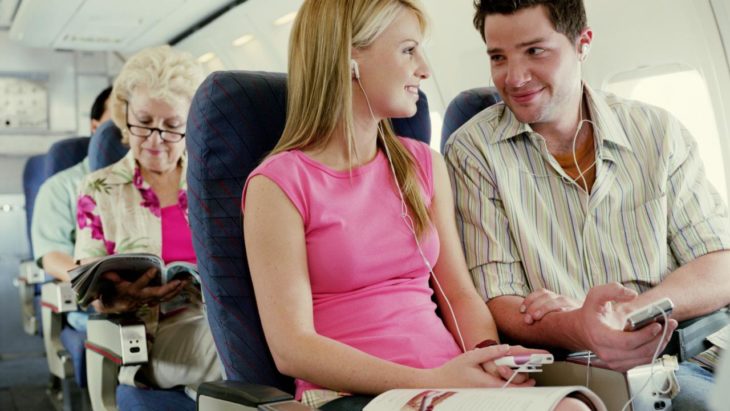 3. The Fearful Flyer. I know this person well, because I was this person for many years. You’ll find them either having a full-blown freakout, crying, digging their fingernails into the person sitting next to them, and whispering “We’re all going to die” at any sign of light turbulence, or so bombed on anti-anxiety meds that they’re slumped over in their seat mumbling gibberish (once I tried to convince everyone on the plane to join the circus with me).

4. The Spoiled Toddler. They’re running up and down the aisles throwing crackers and having random screaming fits and generally ruining everyone’s life. Their parents seem to think this behavior is adorable. This toddler will grow up and get a job on Wall Street and cause the next massive collapse of our financial system.

5. The Traumatized Parents. Their toddler is also having a fit, but they definitely don’t think it’s adorable. In fact, they’re mortified, and spend the entire flight desperately mouthing “Sorry!” to everyone who makes eye contact with them.

6. The Guy Who Still Thinks It’s 1969. Back in the day, airlines hired young, leggy, single ladies as stewardesses and encouraged them to flirt with their passengers, who were mostly men flying on business. Even in 2019, there’s always at least one boorish oaf who’s trying to turn a noon flight to Denver into the swingin’ sex club he remembers from his misogynist glory days. He’s slapping the flight attendants’ asses and wolf-whistling during the safety demonstration. He’s the worst. 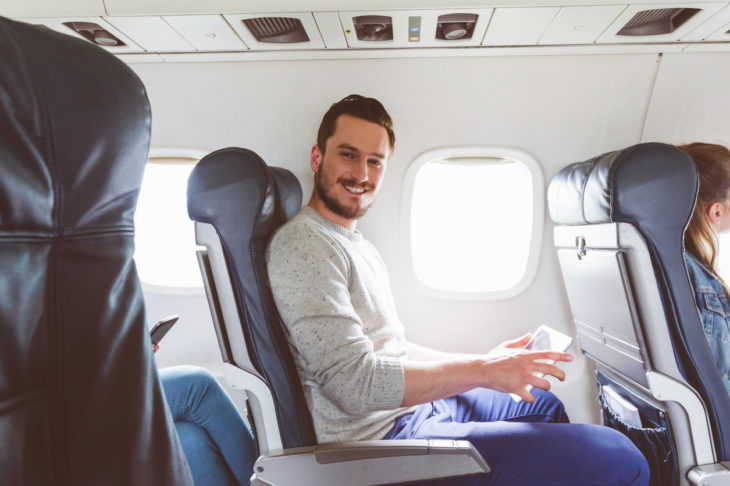 8. The Chatty Seatmate. You’ve been traveling for 11 hours. You’re exhausted. You can’t wait to pop in your headphones and try to nap for the last leg of your long journey home. You’re so close. But then…. “Hi! Where are you from? Ready to go back to reality? Did you see this week’s ‘Celebrity Apprentice’? I just love that show!” Alas, you’re sitting next to a chatty seatmate. Sometimes this can lead to a really fascinating conversation, but usually it involves spending hours nodding your head and wishing you’d learned how to sleep with your eyes open.

9. The Feuding Couple. Travel can be hard on a relationship. Want proof? Listen to the couple duking it out a few rows in front of you. “Seinfeld” captured this couple perfectly in Elaine and Puddy, who broke up and got back together multiple times during the course of an international flight. Just pray you don’t meet the same fate as Vegetable Lasagna and somehow get seated between two angry lovers.

10. The Heavy Drinker. You’re on a 6AM flight. The flight attendant comes around and takes drink orders. The woman next to you orders a double vodka and coke, then continues flipping through her People magazine. An hour later she orders another one. Is she a functioning alcoholic, or is it 5 PM in whatever time zone she’s coming from? You’ll probably never know. Cheers!