Kristen Stewart has a stinky little bedroom secret: she has an armpit licking fetish, otherwise known as maschalagnia. Right before news broke of her “fling” with Rupert Sanders, K-Stew told British Vogue’s Christa D’ Souza all about her kink. “My God, I’m so in love with my boyfriend. I wish he were here now. I think I want to have his babies. I love the way he smells. And him me. Like, he loves to lick under my armpits. I don’t get this obsession with washing the smell off. That smell of someone you love. Don’t you think it’s the whole point?” she said during an interview for the October issue of the magazine.

“Looking back, the exchange still feels surreal. It took place just three weeks before those incriminating pictures were allegedly taken. Was she even talking about Pattinson? Was she having on me? Who knows?” D’Souza says of the exchange. [Movieline] 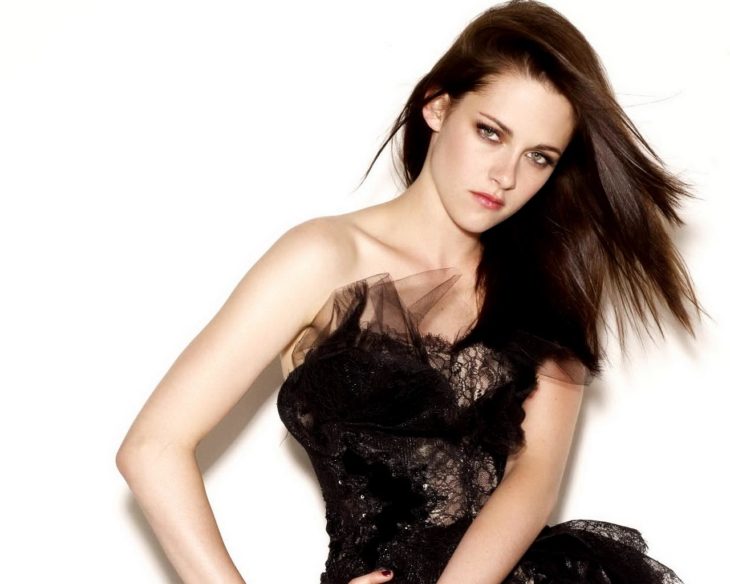 Hmm. Good point. We wonder which licky, we mean, lucky, guy she was talking about. Robert Pattinson or Rupert Sanders? Either way, we hope Kristen is all showered up before she lets another tongue up in there. Otherwise, that could get funky. But hey, to each her own.

Click on through to find what kinds of wild and crazy things other celebs get off on. 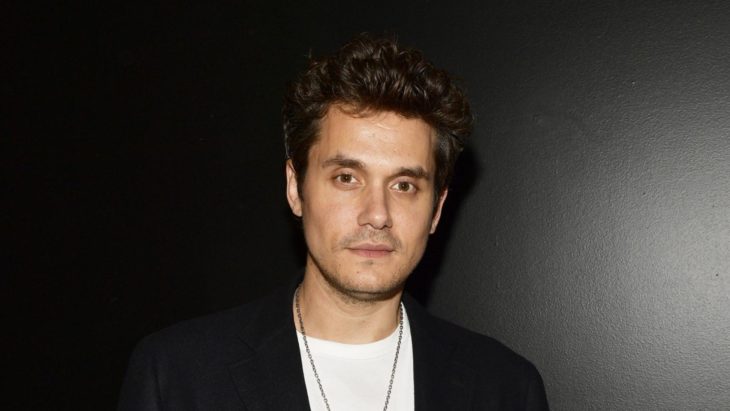 According to Jennifer Aniston’s friends, John Mayer likes to cover a woman in whip cream and then lick it off, tease her with feathers, give her goose bumps with ice cubes, and role play. Hey, a woman’s body is a wonderland, but his GF’s must be feelin’ a little like Alice. 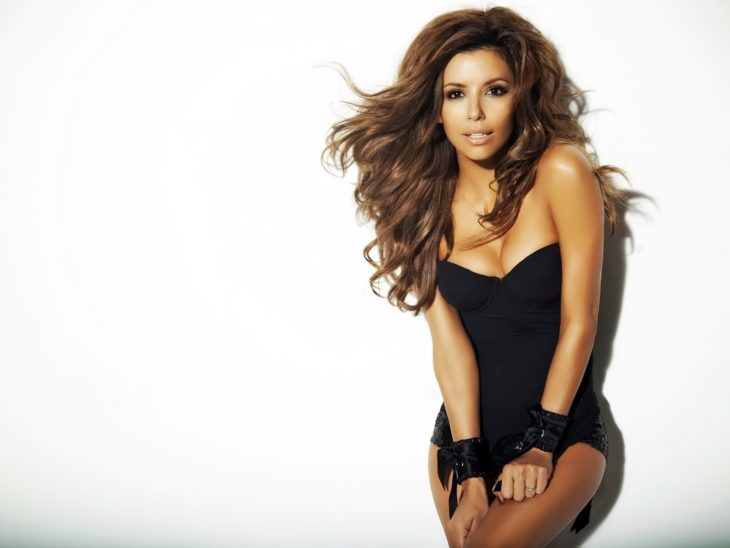 “Desperate Housewife” Eva Longoria loves to be tied up with silk scarves. “There’s something very sexy about being submissive because your guard is down, you have to totally surrender to something like that,” Eva said. 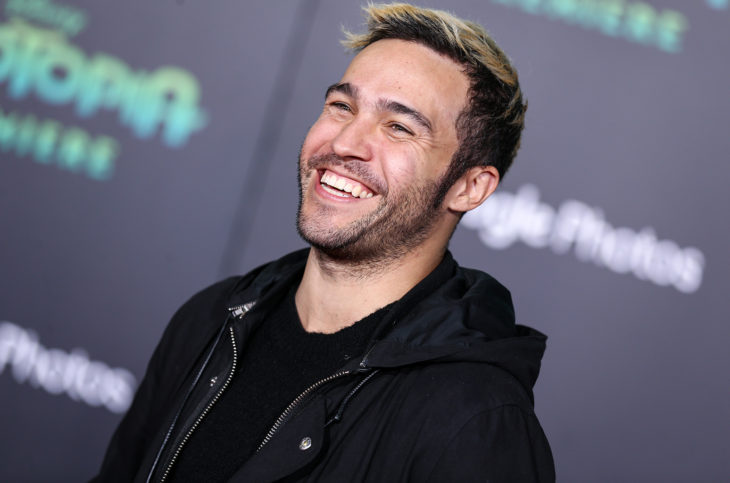 Pete Wentz likes have sex next to a mirror. But who is he looking at? Himself or the lady? Pete also has admitted that he likes to makeout with dudes. Well, we can’t blame him! 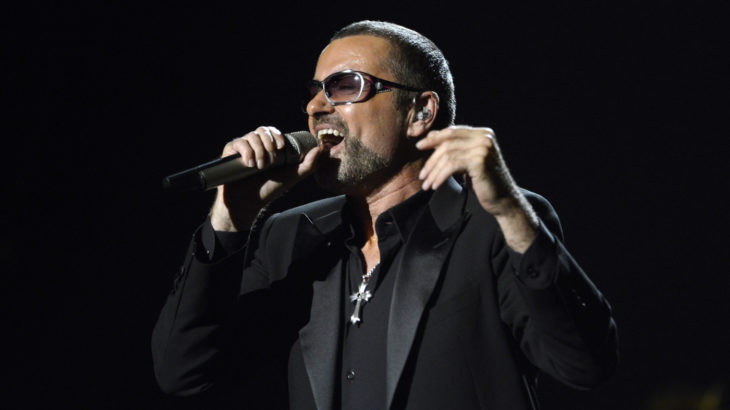 George Michael has been busted for dropping trou in a park, not once, but twice! Double your pleasure? Once, he was just jerking off in the general direction of a police officer, but he probs thought the dude was just a fellow leather daddy. Alas, he didn’t get the chance to grab his night stick before he was cuffed, and not in the kinky way. The second time, George actually got to put it in a pot-bellied man in the bushes. 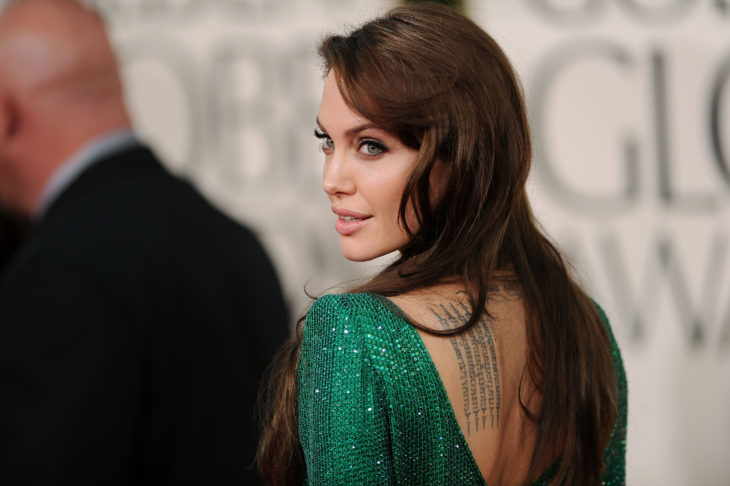 Billy Bob Thornton and Angelina Jolie’s love seemed strange enough, but how they showed it, well, that was even weirder. Rumor has it, that the couple was into blood play. Jolie allegedly liked to wield a knife in he sack and they both accessorized their outfits with vials of each other’s blood. Red goes with everything! But when they divorced, Angelina feared Billy would put a curse on the vials and fought to get them back. It’s hard to believe she’s got bad luck, because now she’s with Brad Pitt. He seems more her type. 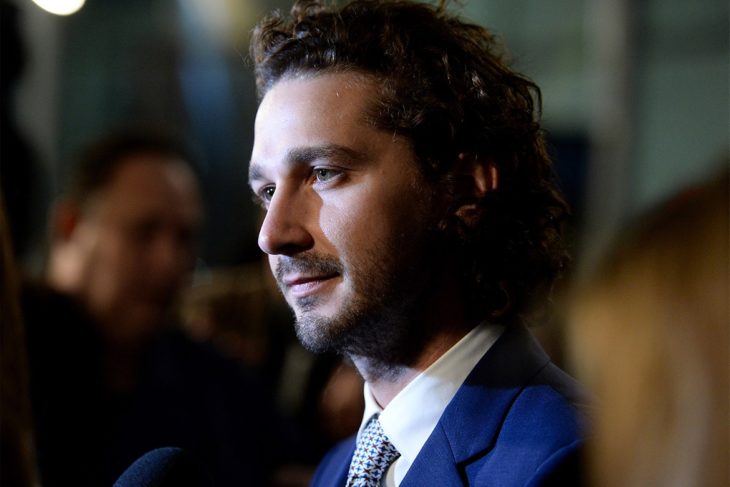 According to a star screwer and her very detailed account of their one night stand, Shia Labeouf likes to have his hair pulled…all two inches of it. But that’s not all — he likes to watch. He was a total peeping Tom on the “Charlie’s Angels: Full Throttle” set. In his Playboy interview, Shia said, “Just the thought of them changing in their trailers was enough to get me off.” 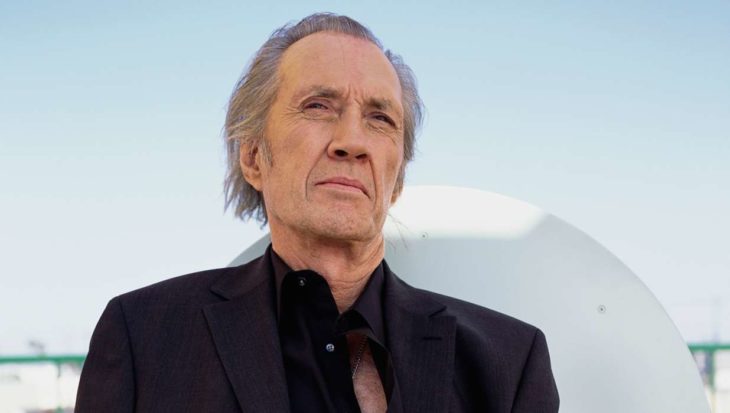 The mysterious death of “Kill Bill”’s David Carradine sounds like something out of  a Quentin Tarantino film. First the police thought the evidence — he was tied up and naked — indicated suicide. Then his ex-wife said he liked to love dangerously with auto erotic asphyxiation and that’s why she divorced him. Then his family and their lawyer claimed ninjas were responsible and demanded an FBI investigation. And then a Thai paper published a final photo of him in his hotel room with a wig on, covered in fishnets, his hands tied up around the closet bar, with his dick in bondage gear and some red lingerie left on the bed. Between the ninjas and the sexy time rumors, dang, if that isn’t a legendary way to go out, we don’t know what is! 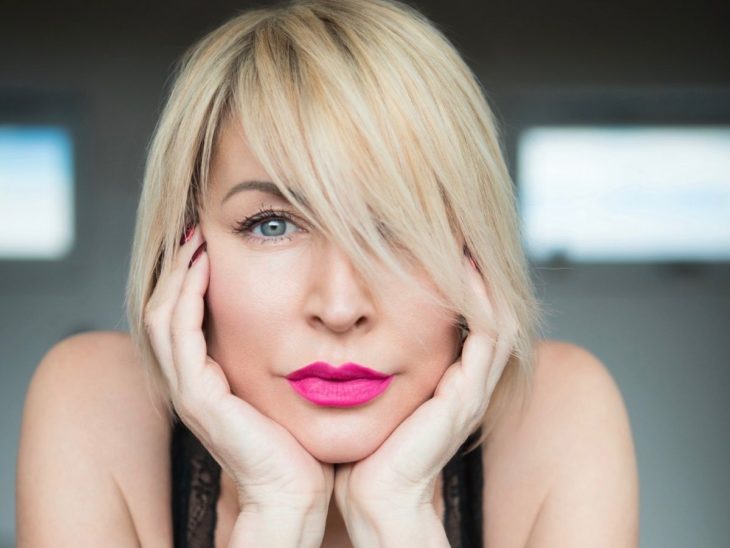 Forget the clitoris, amputee Heather Mills gets off on having her stump rubbed. Ex-husband Paul McCartney was too much of a gentleman to talk, but her other ex, Tim Steel, dished the dirty dirt. 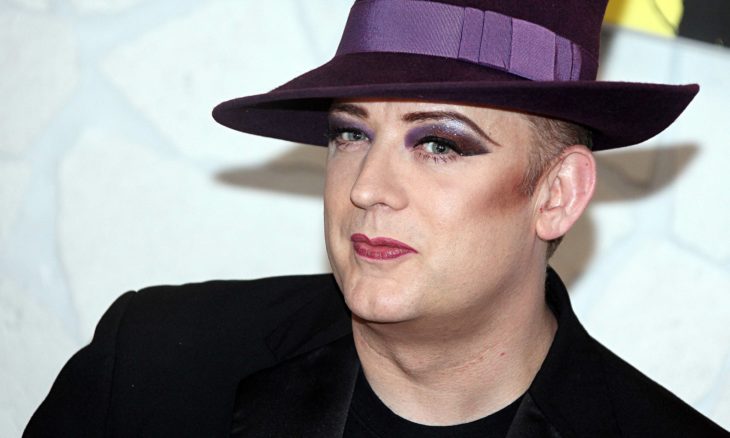 Boy George made a prostitute answer his own song, “Do You Really Want To Hurt Me?” A court found Boy guilty of handcuffing an escort to his bed and beating him with a metal chain. Wow, we would have thought the ’80s glam god would have been more into satin and lace than S&M. Although, we’re not sure sending a guy who likes bondage to jail was the right punishment. 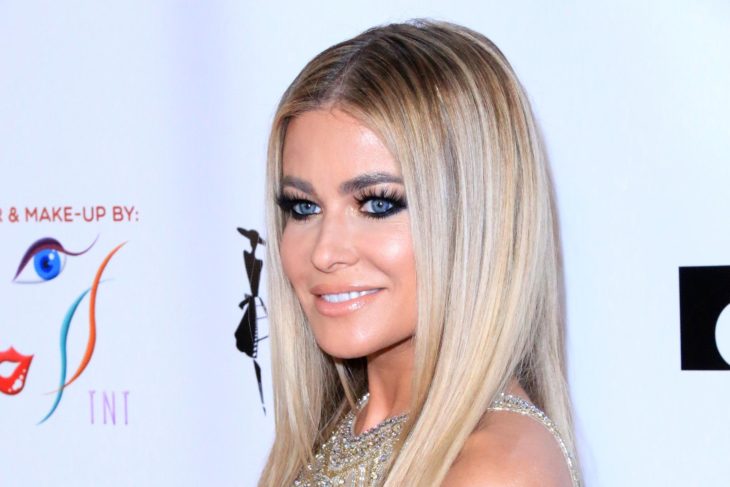 “Baywatch” babe Carmen Electra likes to get locked in handcuffs and spanked with a coat hanger. “A little pleasure, a little pain. It’s all about fun,” she said. Sounds like Carmen doesn’t have any hangers or skeletons left in her closet. Here’s a true story that is so perverse, we weren’t sure we should print it. Hugh Jackman gave Barbara Walters a lap dance! He like the silver foxes so much, the Sexiest Man Alive rubbed his junk all over cougar Baba Wawa for fun, not even cash. So, I warn you not to click on the link if you ever want to want to have sex again. 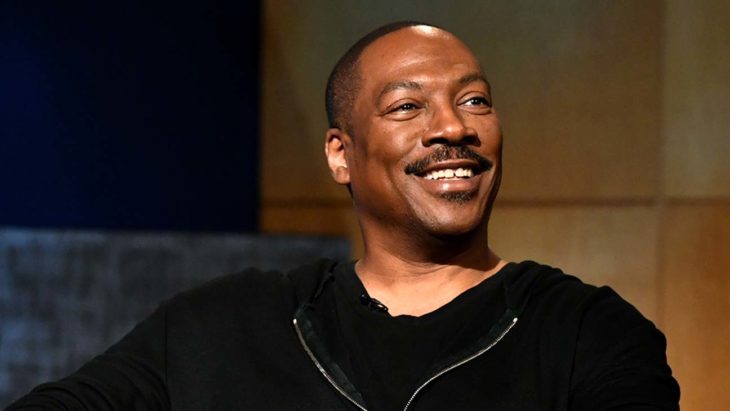 Eddie Murphy got caught with a transvestite prostitute back in 1997. He got busted by the cops, but Murphy maintains he was just giving her money to be a “nice person.” Strangely enough, the working girl, Shalomar Seiuli, looked a whole lot like his ex-girlfriend Mel B. 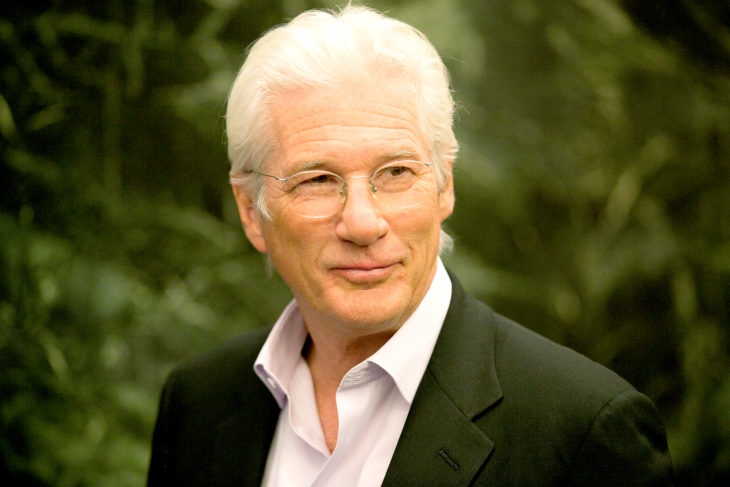 One of the most famous urban legends surrounds Richard Gere and his love of “gerbelling,” i.e. shoving a rodent up your anus for fun. There’s even a rumor that he wound up and an LA area hospital because of his kinky playtime with a pet named “Tibet.” Although, he totally denies it, obvi. 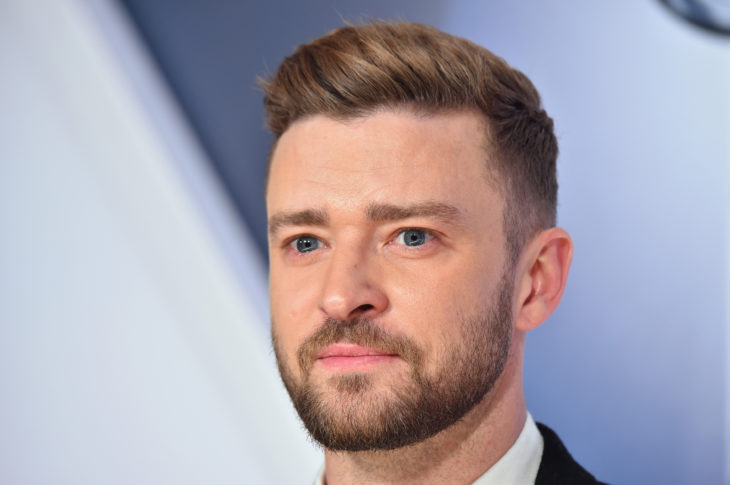 Justin Timberlake loves to have quickies with Jessica Biel, during his concerts! So next time you think the band is just going on jamming, Justin might be busy ramming. It’s funny how he likes to keep his personal life private and his sex life public. 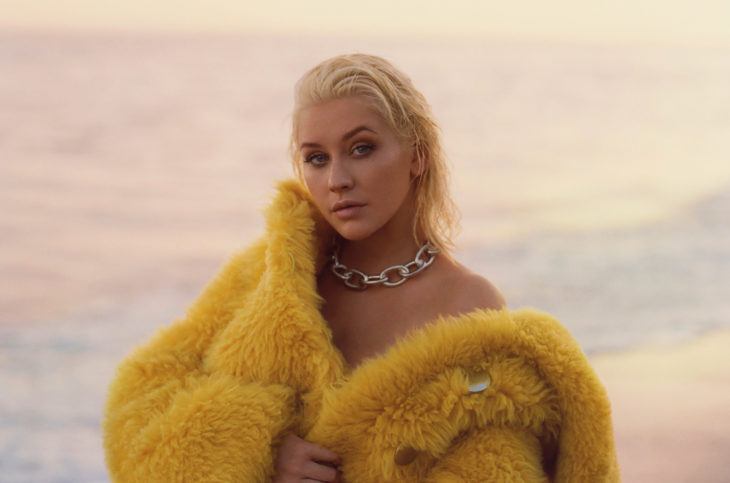 Christina Aguilera is all about the roleplay. Her fave game is Playing Doctor. She dons a nurse’s costume, and her husband, we guess, dresses up like a gyno. 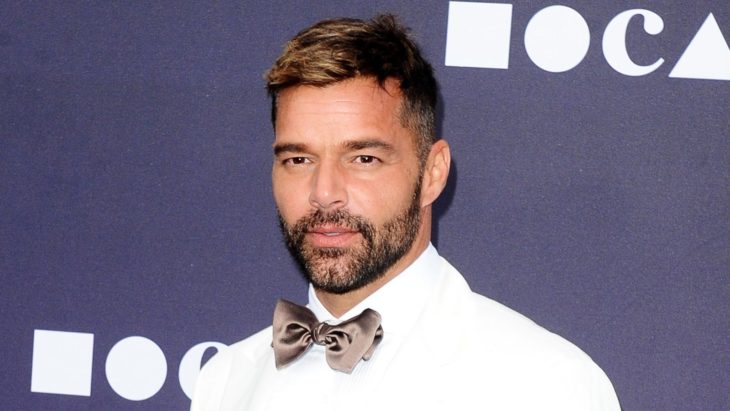 In a 2006 Blender Magazine interview, Ricky Martin admitted, “I love giving the golden shower … I’ve done it before in the shower. It’s like so sexy, you know, the temperature of your body and the shower water is very different.” He immediately wished he hadn’t mentioned it when conservative leaders in Puerto Rico wanted him to step down from his charitable children’s foundation. In a statement posted on his web page, he said he never thought his interview “would lead us to an absurd political discussion that has become sensationalist.” It turns out, the golden shower business was just a red herring. Ricky had an even bigger secret that he eventually came clean about. [Gossip Rocks] 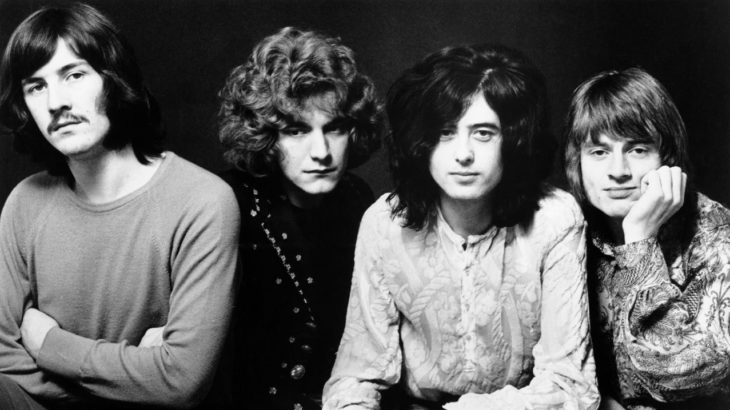 Back in the summer of ’69, things got freaky for psychedelic band, Led Zeppellin. Road manager Richard Cole confirms that while they were staying at the Edgewater Hotel, which allowed its guests to fish right from their rooms, a groupie begged him and drummer John Bonham to screw her with a fish. Some accounts say it was a shark, but Cole claims the redhead said, “Let’s see how your red snapper likes this red snapper!” Mark Stein of Vanilla Fudge supposedly taped the whole thing, but no footage has ever surfaced. Bummer.

How To Keep Your Feet Looking Nice This Summer