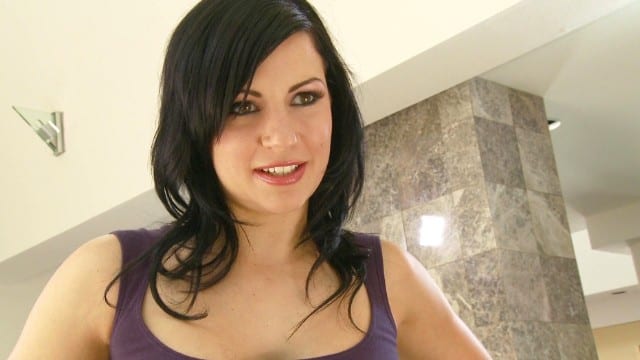 While James wasn’t performing with me that day, he was present on set—and almost immediately after I’d finished my scene he began to antagonize me. I hadn’t even had time to dress myself when he said, with a smirk on his face, “Tori Lux, would you like to sniff my testicles?” “Nope,” I replied in a neutral tone. “I’ll repeat myself: Tori Lux, would you like to sniff my testicles?” he asked, more aggressively this time. I replied with a firm “No,” in order to establish my boundary—which James then disregarded by grabbing me by the throat and shoving me down onto a mattress on the floor.

He proceeded to straddle my chest, pinning down my arms with his knees. Then, he raised his hand high above his head, swinging it down and hitting me in the face and head with an open palm. He did this five or six times—hard—before finally getting off of me.

Disoriented and nursing a sore jaw, I stood up—but before I could collect myself, he grabbed me by my hair and shoved me to my knees, forcing my face into his crotch several times before shoving me to the floor.

And Fires told The Daily Beast:

“The reason I put him on my ‘no list’ was because he almost raped me,” said Fires. “The only time I’d ever seen this guy, he walked into the green room at Kink [studios], picks up Jessie Cox like a caveman, grabs her by the hair, and takes her off somewhere… and I can only imagine. …Later on that night, I was getting out of the shower of the communal bathroom at Kink, I reach for my towel to dry off, and he comes up from behind me and pushes himself and his erection into my butt. He pushes me against the sink and starts grabbing on me and I was like, ‘No, no, no James, no,’ and he released me from his grasp, and says, ‘You know, later if you want to fuck around I’m in room whatever-it-was. I was like, ‘Fuck you.’ I didn’t even know this guy, he was so out of line and entitled with my body.”

Fires says that Deen has tried to intimidate her into making up a reason for why she won’t work with him and to “stop telling people” about the incident. “[Deen] says, ‘Okay, can you just say something else? Say that I remind you of your brother’ is what he says—his advice to me—to tell people why I won’t work with him instead of the truth,” Fires said.

Last night, before either Lux or Fires came forward, Deen finally took to Twitter to respond to the allegations:

I want to assure my friends, fans and colleagues that these allegations are both false and defamatory

Stoya has continued to receive support from a number of her fellow adult film stars, including Joanna Angel (another of Deen’s ex girlfriends), Nina Hartley and Kayden Kross, her business partner. 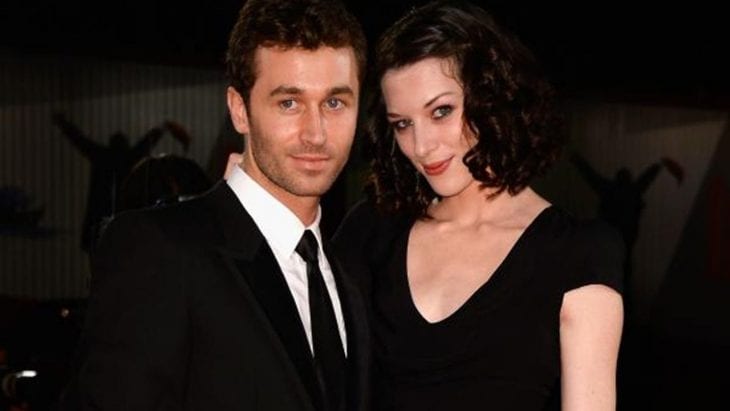 Yesterday, I explained why I made the decision to end James Deen’s sex advice column with The Frisky immediately in light of Stoya’s allegations. In addition, by the end of today, ads for his website will be removed from The Frisky’s sex section, and all published WWJDD columns *

I made a mistake in giving James Deen a column on The Frisky and deeply regret having promoted him or his persona. I bought into something I should have been more skeptical of — that’s on me. I’m responsible for coming to terms with how and why. Personally and professionally, I don’t want to make the same mistake ever again.  I am so incredibly sorry.

*ETA: My superiors and I are discussing how to best handle the published columns. I am strongly inclined towards redirecting the URLs to yesterday’s post. My superiors would like me to consider adding a big disclaimer at the top of each column and linking to yesterday’s post instead, the difference being that you would still be able to read Deen’s advice, but with that disclaimer in mind. A final decision will be made by EOD.

UPDATE (5:50 p.m.): After careful thought and consideration, we have decided to add the following disclaimer to all of the previously published WWJDD columns:

After multiplewomen accused James Deen of rape and sexual assault in November 2015, The Frisky made the immediate decision to end our affiliation with the porn star and to cancel his sex advice column with the site. In addition to believing it would be inappropriate to continue publishing sex advice from someone facing such serious allegations, The Frisky is firm in its commitment to believing and standing in solidarity with victims/survivors when they come forward. After serious consideration and input, we decided to leave the previously published columns up on The Frisky with this disclaimer, as we believe the glaring divide between Deen’s consent-focused advice and the rape allegations against him should be part of the public record. For a more thorough explanation on our decision to end this column, click here.