Diana Vreeland was a groundbreaking editor, fashion legend and inveterate tastemaker. She worked as an editor with Harper’s Bazaar and spent 20 years there before switching over to become the editor of Vogue,  and ended her career as a curator and consultant at the Costume Institute of the Metropolitan Museum of Art. Think of her as Anna Wintour before Anna Wintour.

In her time, Vreeland was basically at the center of the socialite universe — dressed by Chanel and Balenciaga; friends with everyone from Jack Nicholson to Cole Porter to Wallis Simpson and Jackie Kennedy; privy to an audience with the King of England. She traveled extensively, which is where she picked up a lot of her favorite style inspirations including thong sandals (which didn’t exist in the West until she brought them over from Tunisia) and animal prints. She wasn’t considered conventionally beautiful — in fact, her mother once scathingly told her, “It’s too bad that you have such a beautiful sister and that you are so extremely ugly and so terribly jealous of her.” She also, clearly, had a terrible mother.

Vreeland had a reputation for being tough to work with, but her vision was strong and her influence widespread.  She helped launch the careers of models like Twiggy, Edie Sedgwick and Cher, and photographer Richard Avedon (of whom she misnamed “Aberdeen”).  She was smart––and she got results, transforming Vogue into a high-fashion thinking woman’s magazine.

She was also really witty. You know that common turn of phrase, “_____ is the new ____?” She invented that. Her 1984 memoir DV is filled with witty bon mots, hilarious turns of phrase and moments of genius. After the jump, 22 of our favorite Vreeland quotes.

1. On being a teenager: “I suffered, as only the very young can suffer, the torture of being conspicuous.”

2. On being lonely as a child: “I was so lonely in Wyoming. But I think when you’re young you should be a lot with yourself and your sufferings. Then one day you get out where the sun shines and the rain rains and the snow snows and it all comes together.”

3. On living in your time: “Don’t think you were born to late. Everyone has that illusion. But you aren’t. The only problem is if you think too late.”

4. On thinking too much: “If you think all the time every day of your life, you might as well kill yourself today and be happier tomorrow.”

5. On her role as an editor: “I think part of my success as an editor came from never worrying about a fact, a cause, an atmosphere. It was me—projecting to the public. That was my job. I think I always had a perfectly clear view of what was possible for the public. Give ‘em what they never knew they wanted.”

6. On Balenciaga: “Balenciaga often said that women did not have to be perfect or beautiful to wear his clothes. When they wore his clothes, they became beautiful.”

A trailer for the 2011 film “The Eye Has To Travel,” about the life and influence of Vreeland.

7. On Chanel: “Where Chanel came from in France is anyone’s guess. She said one thing one day and another thing the next. She was a peasant—and a genius. Peasants and geniuses are the only people who count and she was both.”

8. On feminism: “I believe women are naturally dependent on men. One admires and expects things from men that one doesn’t expect from women, and such has been the history of the world. The beauty of painting, of literature, of music, of love…this is what men have given to the world, not women. As you can tell, you’re not exactly talking to a feminist. I stand with the French line––women and children last. “

9. On seeing an outstanding male Geisha player: “This is a woman he’s playing, you understand…The delicacy of this boy…it was all in the eyelid, which was more delicate than the first flower of spring. I promise you, if I had a daughter I would send her to him to learn how to become a woman.” 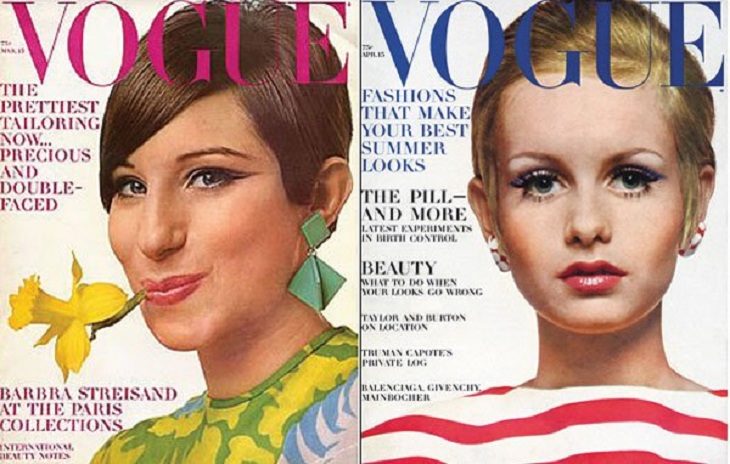 Nontraditional beauties like Barbra Streisand and Twiggy graced Vogue’s cover under her tenure.

10. On parties: “I’ve always been so flattered than anyone, whatever his status, feels he can ask me to a party.”

11. On color: “Pale pink salmon is the only color I cannot abide––although, naturally, I adore pink. I love the pale Persion pinks of the little carnations of Provence and Schiaparelli’s pink, the pink of the Incas…And though it’s so vieux jeu I can hardly bear to repeat it––pink is the navy blue of India.”

Vreeland talks about wishing she could have become a surfer. Or skateboarder!

14. On wanting a fashion shoot in Tahiti to include a white horse, despite the fact that there were few horses on the island: “I only take results. I’ve worked all my life on results. I didn’t give a good goddamn if there were no horses in Tahiti––by God, we’d get some there.”

15. On the role of editor: “Most people haven’t got a point of view; they need to have it given to them––and what’s more, they expect it from you.”

16. On her friend Elsie Mendl: “One is born with good taste. It’s very hard to acquire. You can acquire the patina of taste. But what Elsie Mendl had was something else that’s particularly American––an appreciation of vulgarity. Vulgarity is a very important ingredient in life. I’m a great believer in vulgarity––if it’s got vitality. A little bad taste is like a nice splash of paprika. We all need a splash of bad taste––it’s hearty, it’s healthy, it’s physical. I think we could use more of it. No taste is what I’m against.”

17. On faking it: “It’s the way I’ve done so many things in my life. I’ll say, ‘Get comfortable, and tap the pillows under you there.’ You’d say, ‘There are no pillows.’ I’ll say, ‘Well fake it. You know, bundle up with the rugs or something.’” 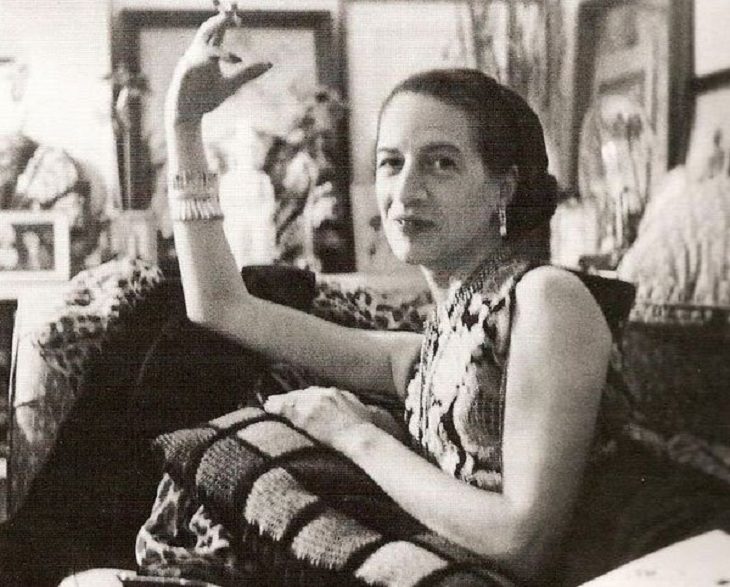 18. On the French: “There’s no such thing as a slack French face. Haven’t you ever noticed that? I’ve given this a lot of thought and I think it’s because the French have to exercise their jaws and the inside of their mouths so much just to get the words out. The vowels demand so much.”

19. On lying: “I think there’s nothing more unattractive than a true liar. I’m a maniac about anyone who deliberately tells a lie. These people wither for me.”

20. On shoes: “Unshined shoes are the end of civilization.”

21. On loud walkers: “I can’t stand the vulgarity of a woman who makes a noise when she walks. It’s all right for soldiers, but when I was growing up the quintessence of breeding in a lady was a quite footstep. Well, it is to me still. Do you know that I let a brilliant worker go at Vogue because of the way she walked––the clank of those heels. ..It is a form of anger if you can’t control the foot. I promise you, the heavy tread is a form of anger.”

22. On wit: “A funny person is funny only for so long, but a wit can sit down and go on being spellbinding forever. One is not meant to laugh. One stays quiet and marvels.“

How Do You Stay Current on Fashion Trends?

Hair perfume is here in case you needed...