10 Ways Guys Can Ensure A Successful Date Before It Begins

It never ceases to amaze me, the myriad of ways dudes manage to f**k up dates before they’ve even begun. I don’t want to walk into a first date with a bad attitude, but if he has the gall to ask me out and then say, “Pick a place, but make sure it’s cheap,” I kind of can’t help it. I’m not the kind of bitch who picks Chez Chic-Chic for a first date, but if you’re on a budget, why don’t you pick, dickwad? Anyhoo, though I make a decent living complaining about men on the internet, I do like to pay it forward by giving unsolicited advice. Here are ten ways a dude can ensure a date is going to be a slam dunk before it’s even begun.

I do not mean saying something along the lines of, “So, hey, yeah, do you maybe want to chill sometime?” I mean calling her up—or messaging her if this is an online dating thing—and saying, “Hi Amelia, I’d love to take you out for dinner/drinks—are you free on Thursday?” Leave no room for ambiguity! Ambiguity is for wimps! Honestly, I cannot stand going into a “date” with a dude if I’m not entirely sure if it is a date or just two bored people getting together for beers. 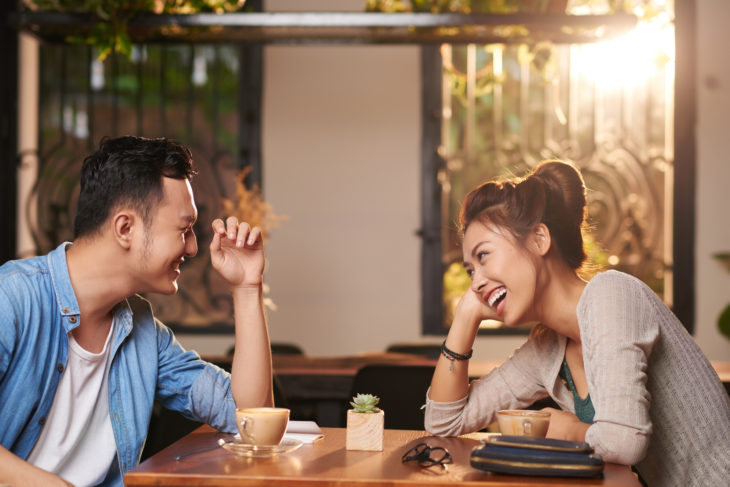 2. Find out what she’s into

A guy I’m going out with this week first found out where I lived so that he could make plans based on what was convenient for me and then asked if I was a wine, beer, or cocktail girl. When I answered both questions, he sent me two suggestions, both in my neighborhood. He didn’t ask me to spend hours on Yelp trying to figure out a place that was equidistant from both our neighborhoods. He also didn’t send me 500 options to choose from. I don’t have time to read bar reviews in New York magazine just because you can’t make a decision, dude.

I like dive bars as much as the next whore, but I don’t want to sit on a puke-stained couch and drink PBR on a first date. A few months ago I went out with a dude who suggested we go to the dingiest bar in all of New York for our date. This signaled to me that he was 28 going on 18, and after I discovered he also drinks Four Loko (without irony) and was hiring a party bus for his birthday, I demoted him from possible BF to friend with benefits. That works fine for us, but consider it a warning. Dive bars are for drinks with your bros, not dates. Also, no group situations for first dates, like your friend’s party—it indicates you’re scared to spend time with me on your own and you haven’t cut the umbilical cord from your buddies. 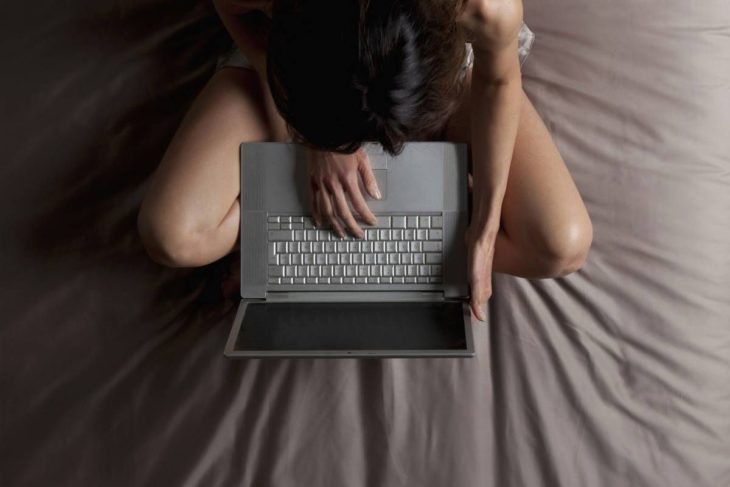 This is mostly for my own good as well as yours. I’m a total pre-date stalker, so dudes should trust that I will Google the f**k out of them before a date, but don’t make it easier for me by Facebook friending me before we’ve even gone out. We’re not friends yet! We’re not even really acquaintances! What if we hate each other? I don’t want to have you virtually poking me before I know if I want your penis physically doing it, you know? Frankly, I don’t want to be Facebook friends with you for many, many dates, until I know that there might actually be something for real between us.

6. Don’t try and push up the date via late-night text

This happened to a friend of mine recently—she was asked out by a guy but in the days prior to their scheduled date, he would text her at, like, 10 at night to find out if she was out and wanted to meet up. What the hell? Was he that anxious to see her or already trying to demote her to booty call? Irrelevant! Are you so enthusiastic that you premature ejaculate too, homie? If you really want to indicate that you’re excited to go out with her, send her an email or text to tell her you’re looking forward to it. But that’s it.

7. Go into the date with a good attitude

I know, I know, how dare I suggest a thing when I’m clearly such a bitter bitch, right? Surprisingly, I’m actually a complete delight on dates, especially first dates when I’m on my best behavior, at least before the third glass of wine has hit. What I’m talking about here is when you’re conversing on the phone or via email before a first date and the dude gets all complain-y about his life, like how much he hates his job. This is an emotional wheelchair red flag if I ever saw one because if he’s already a sad sap before you’ve even clinked glasses and said “cheers,” imagine what a pain in the ass he’s going to be on date, like, three. No, a guy who focuses on the positive things in his life in advance of a date sounds like someone I want to spend a couple hours getting to know. 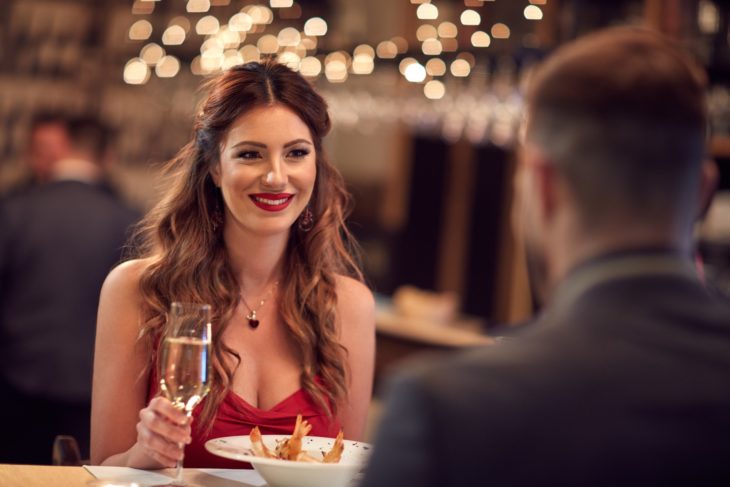 8. Save the life story

I have a rule—no more than three emails should be exchanged before going on a date. This is especially applicable to online dating, where two people could be involved in a message volley for days unless one person—ahem, you—puts a stop to it and actually makes plans. The other negative of emailing too much before a date is that it gives both people too much time to share personal stories that should be reserved for exchanging in person. Let’s wait and see if we give a s**t about each other before you tell me about your troubled childhood, OK?

Things come up and sometimes dates need to be canceled. As adults, a lot is expected of us, especially at work, so it’s not inexcusable that a sudden deadline could force you to cancel a date. Likewise, if you get mono, I would also prefer that we postpone especially if spit-swapping is possibly on the menu. However, lightning doesn’t strike twice and canceling a first date should only happen once, tops! And upon canceling, it’s absolutely imperative that you reschedule immediately. No rain checks! Rain checks are bulls**t.

As with #9, sometimes s**t happens and you need to push a date by half-an-hour. That’s fine. The guy I went out with last week got stuck at work and suspected he was going to be late, so to be sure, he asked if we could move our date to just a little later. I was cool with that. I would not have been cool with it if he had rolled into the bar 30 minutes late, after I’ve already bought myself two wines and aced 10 levels on Angry Birds. First dates are like job interviews—show up late and you’re not getting in my pants. Unless you are really hot. Just kidding. Not even then.

Dater X: Owning Up To My Dating Dealbreakers

Decode My Dream: “Am I Insecure?”