1. He makes the case for how uninteresting he is

If he describes himself with the phrase “I’m just your average guy…,” take his word on it. The online dating profile is the place to sell yourself, so if he has nothing impressive to say there, better bring your uppers to the first date! The “average guy” will kill any attempts at a getting-to-know-you conversation dead in its tracks. His hobbies? Stuff, and hanging out. His childhood? Fine, nothing special. His favorite music? Oh, he listens to everything. You’ll have more stimulating conversation with the waiter when he tells you the specials.

2. All of his pictures look identical

You already know to proceed with caution (or not proceed at all) if a guy has no pictures of himself on his profile, but what about photos that look like clones of one another? Alright, be lenient if it seems like he has a “good side,” but if he has a “good facial expression,” run fast. There’s a reason he has nine pictures where he’s smiling with his mouth closed. It’s because he has extra teeth where teeth don’t belong. Trust me. Artistic cropping? Fine. Artistic cropping in the same exact way in 14 shots? He’s hiding a receding hairline, a weak chin, or a third nipple on his forehead. 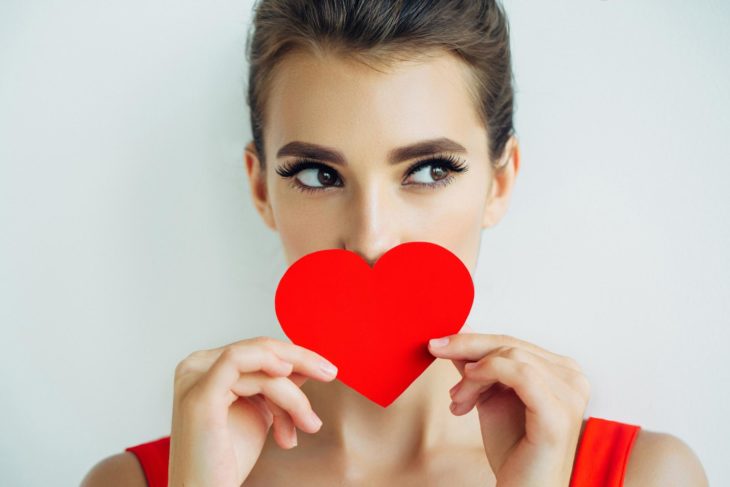 3. His list of what he’s looking for is longer than his self-description

When his rundown of what he’s looking for in a woman — Quirky, well-traveled, Buddhist bombshell with long hair must love dogs, watching hockey and hiking! Listens to jazz and reads Kundera and loves action movies and beer! — is more involved than anything he can muster up about himself (“I’m smart and have a good sense of humor”), he’s telling you that he’s looking for a type of woman more so than anything else. And that he’s painfully lacking in self-awareness. And if you are indeed the embodiment of the sporty, sassy, fascinating, beautiful woman of this guy’s dreams? You deserve better than him.

4. He says he’s only looking for new friends

He’s “coming out of a relationship.” He’s “focusing on work.” He “travels a lot.” Listen, he’s not looking for more friends. Broken-hearted, newly single people don’t look for new friends on an online dating site. Busy people have enough friends. He’s looking to have sex. At best, he’s looking to have sex with someone he vaguely enjoys the company of while he’s putting on his pants and booking it out of her apartment. Exactly what you want? Go for it … but not with this guy. Find someone who’s straightforward about what he wants.

5. He claims not to have a type and then tells you exactly what his type is … and it’s not you

Oh, he just looooves short hair, but doesn’t really have a preference? Watch where he keeps the kitchen scissors and sleep with one eye open, girl. He’s vegan and he doesn’t care if you eat meat, but three bonus points to vegan girls, LOL? Go ahead and go out with him, but don’t say I didn’t warn you when he gently suggests you order the tofu at every meal you eat together. 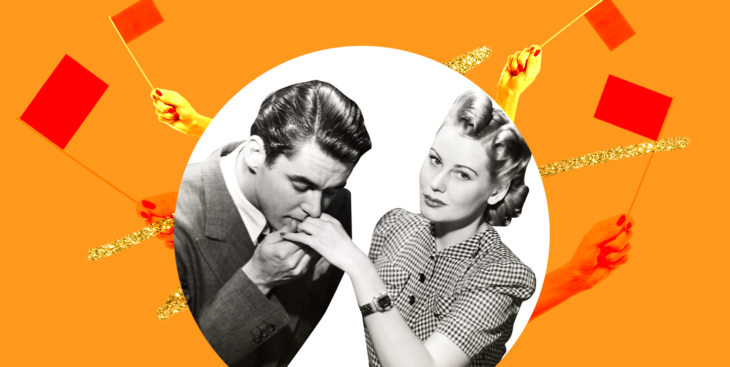 6. He describes what he wants using celebrities

The down-to-earth charm of Natalie Portman, with the bad-girl edge of Megan Fox, and a touch of Reese Witherspoon, you say? This is the sign of a man who has had little interaction with real, in-the-flesh women, and it should probably stay that way.

You haven’t even been out with him yet and he’s already given you a rundown of all of the music, food, movies, and types of women he hates? Steer clear or be prepared to drink heavily on the date, especially if he focuses a lot of attention on that last one. Listen, buddy, no one likes someone who’s high-maintenance and high-drama and a cheater and a liar. If he can’t keep his past relationship grievances to himself (and/or his therapist) while trying to paint himself as datable, you can expect your honeymoon period to last halfway through the main course, if that.

20 Things Your Guests Will/Won’t Remember About Your Wedding

The 7 Most Underrated Things About Teenage Girls