Dater X: I Am Done With Dating

You haven’t heard from me in a while. Apologies for the radio silence. Here is why I haven’t felt compelled to write lately: For the past three months I have been stuck in the same pattern.

And thus, I am left with a G-Chat bar full of guys who, for a short period of time, I talked to constantly—but who I wouldn’t dare to message now or probably ever again. Their names in my phone just seem like a cruel reminder of how hard it is to find someone you could actually have a relationship with.

And so I have decided that I, Dater X, cannot date anymore. 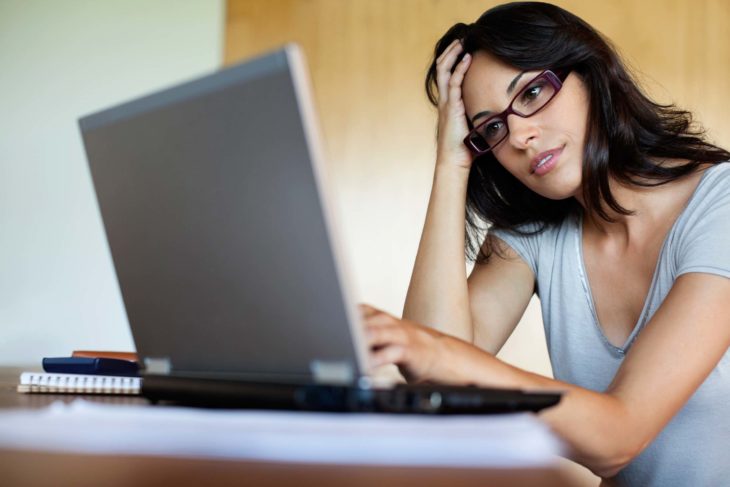 I don’t want to date anymore. I don’t want to get to know people over candlelit dinners or drinks at bars that turn into makeout sessions before we’ve got any idea of who the other person is. When I think back to the relationships that have worked in my life, they were with people I knew for a reasonably long time before we got together.

After dating in New York City for, oh, years—there have been countless numbers of guys who have floated into my life for a short period of time. I’ve invested time in getting to know about their lives, both past and present. I’ve gone to their favorite places and met their friends. I’ve spent time analyzing the things I really like about them, and weighing those things against the things I don’t like so much. And then all of the sudden, they are gone. Evaporated.

Now, I’ve tried to be friends with some of these guys, but for the most part, this hasn’t worked out very well. Take The Architect, the last guy I wrote about in this column. A week ago I found myself thinking about him and decided to write and see if he’d like to hang out as friends. To my surprise, he did. We met up for an after-work drink. Ab. So. Lute. Dis. As. Ter. He was telling me about a shakeup in his office, and I was trying to assure him that things would be alright—and mentioned that when we’d dated, I’d noticed he seemed a little paranoid about losing his job. Wrong answer. All of a sudden, he was livid, saying that I had no right to judge him. He went on to say he thought I was being critical of him because I was obviously still so mad he’d broken up with me. Okaaaay. Or … you are paranoid.

I don’t think this is any reflection that the Architect is a bad person, or that I am. We just met under circumstances—online dating—where the sole purpose is to find a significant other. We have no basis for a friendship, because we’ve never been friends. We have skewed ideas of who the other person is based on getting to know them in this intense, highly charged way rather than building up knowledge of them over months and years.

These are the same circumstances under which I’ve met nearly every guy I’ve dated for the past two years. No wonder nothing has ever worked out. Which brings me back to the realization I’ve had lately. I don’t want to date anymore. I don’t want to get to know people over candlelit dinners or drinks at bars that turn into make-out sessions before we’ve got any idea of who the other person is. When I think back to the relationships that have worked in my life, they were with people I knew for a reasonably long time before we got together. There was Darren, the boss at the video store where I worked in high school, who became a good friend. A year later, after hanging out an uncountable numbers of times, both in groups and solo, we kissed. We were together—very happily—for the next four years. And then there was Brad, the college friend I always thought was cute—we just never happened to be single at the same time. When I ran into him on the street a few years later, we dropped our plans and hung out for the night. We were together for three years.

And so I have taken down my online dating profiles. I’m going to stop asking friends to set me up on blind dates and instead ask if they’ll plan group activities with guys they could see me liking on a friend level. If I meet a guy out in the world who asks for my number and calls, I’ll suggest fun daytime activities rather than typical date fare. I am going to join a pool league, and take a continuing ed political science class, and do the other zillion things I’ve meant to do for years. Overall, I’m going to start nourishing friendships with guys I find interesting, whether I could see myself dating them or not. And then I’m just going to see what happens.

Girl Talk: My Marriage Is A Secret