Pull up a seat as women across America dredge up memories about their worst dating experiences.

“The worst date I can think of was the time I was taken to Waffle House in the part of Cincinnati where you’re advised to roll up your car windows during the day, and to carry pepper spray at night. Not only was I scared, but also the food was bad and I was asked not to get a meal over $5. The night was topped off by a bad ‘80s movie about break dancing that I couldn’t watch anyways because my date’s friend had a foot-tall Mohawk, and insisted on sitting in front of the tiny television. I don’t mind cheap nights at Waffle House, Mohawks, or bad movies, but combined and on the first date, it’s just not impressive. Woo a lady first!” —Amanda King; Fairbanks, Alaska

“The worst first date I recall was at a local fast food restaurant. After munching on fries, we walked around a local discount store. It was a discount date in more ways than one.” —Kimberly Ray; Valparaiso, Ind.

“My worst first date was with this guy who creeped me out with what seemed like an obsession with hair. He asked me a few times if he could comb my hair. There’s no problem with a guy combing a woman’s hair, but since we had never met prior, it was kind of odd.” —Anna Walker; Syracuse, N.Y.

“My worst first date was with a guy who wanted to smuggle cold homemade hamburgers into a movie theater instead of taking me out to dinner. My best friend thought that he was a keeper because he had cooked the burgers himself. I told her she could have him!” —Jamie Marable; Birmingham, Ala.

“I once ditched a date in the middle of it to dance with my date’s younger brother. We ended the date together and he became my first husband. If I could change that decision knowing what I do now, I wouldn’t be with either of them.” —Jeanne Paul, Denver 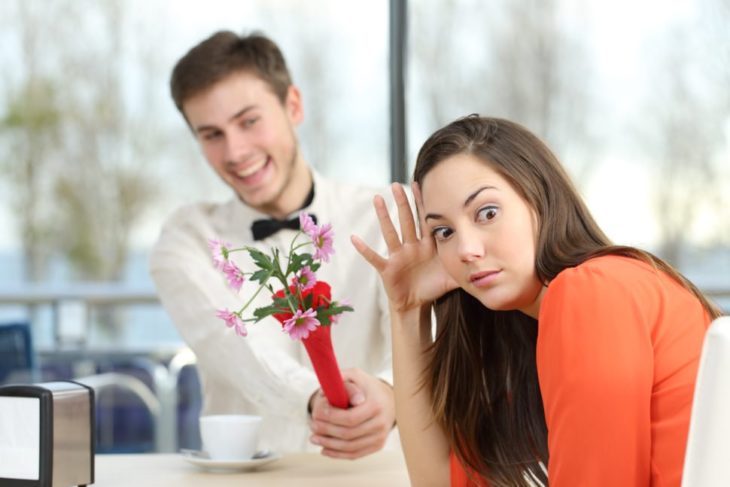 “This happened years ago. I’d had an hours-long conversation with a football player at University of Louisville. Though I don’t generally care for jocks, we hit it off pretty well, so he asked me out. He picked me up and we drove to the restaurant, maybe a five minute drive, and he stopped me before I got out. ‘Look, before we get started, I just need to know one thing. Do you…have any sexually transmitted diseases?’ I just stared at him, then answered. ‘Not that it matters to you now, but no.’ It just went downhill from there. I wound up walking home several blocks while he played video games at his favorite bar. Never saw him again. Thank God.” —Jamie Wilson; Louisville, Ky.

“My worst first date was with the guy I’m still in love with now. He wasn’t the problem. We drove to the mountains to catch some scenery, and the car ended up stalling out. Because there was nothing and nobody near where it happened, we had to hike down the mountainside to the nearest area where there was traffic and flag someone down for help. We were there hours more than we intended. Most of it was no fun at all, but it did give us plenty of time to talk, so I’m grateful for that.” —Marlene Washington; Bethlehem, Pa.

“My worst first date was with a guy I was introduced to by a friend. I am one for spontaneity, so when he asked what I wanted do, I said, ‘Whatever. Surprise me.’ So, after picking me up, he drove straight to a motel. I got out of the car and took a taxi home.”
—Christine Wells; Sugar Land, Texas

“The worst first date I ever had was any of them where the guy assumed I would get intimate on the first date. Not that I wouldn’t or didn’t want to, but when they just assumed I would. In those cases, I wouldn’t, just to spite them.” —Cindy Dailey; Athens, Ohio

“I was tricked into a date many years ago by a guy who was in my circle of friends. He asked if I wanted a ride to dinner with some of this group. Only when we got there, nobody else showed up—they weren’t in on it. He just knew that’s the only way he’d get me to go. Never again!” —Julie Webb, Dallas 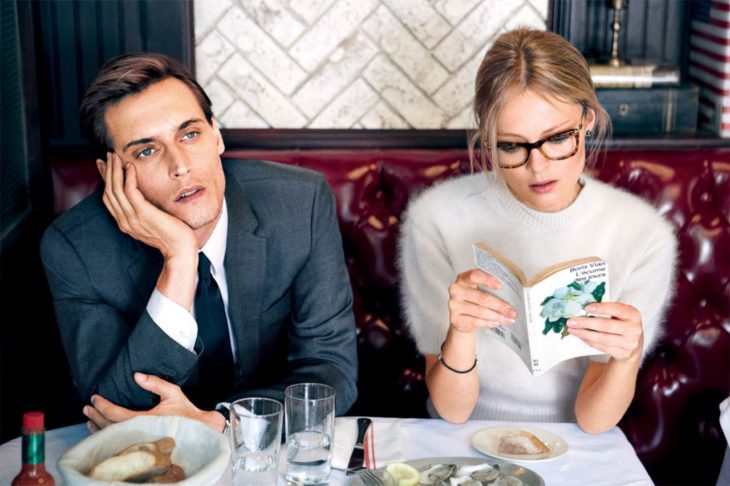 “My worst first date was at my sophomore prom. I had invited an older boy from outside school, and he simply just didn’t show up! He might or might not have been ‘talking’ to one of my friends later that night.” —Vicky Smith; Valparaiso, Ind.

“It was a blind first date that wasn’t even mine. My sister chickened out at the last minute when she saw the guy walk in. When he approached us and said, ‘Susan?’ she said, ‘Oh, that’s her,’ pointing to me!” —Lisa Carey, Houston

“My friend set me up on a blind date with this guy. I get there and think that I’ve met him before. I have this horrible dinner date with a guy that hardly lets me get a word in edgewise. At the end of the evening, come to find out the guy I was supposed to meet never showed. Coincidentally, the guy I did end up eating dinner with had his date bail, too. If he had been a decent fellow, that could’ve been a great story to tell, but the guy was extremely rude and I never saw him again.” —Jen Reynolds; Highlands Ranch, Colo.

“My worst first date happened at a buffet restaurant. My date must have eaten something like 15 plates of food, and everyone was staring at us in disgust. He wasn’t a big guy, but apparently he knew how to eat. Men can eat a lot, I get that, but I don’t think we shared more than a few sentences of conversation. He was so into the food.” —Kathlyn Davis, Detroit

“My worst first date was actually my fault, not the guy’s. I had this huge crush on my co-worker for the longest time. One day, he and I decided to go out for dinner. I hadn’t been feeling well the morning of the date, but did not want to call it off. We ended up going to a nice restaurant. It was pretty high-end, so when I vomited all over the table, needless to say, it was very noticeable. I was highly embarrassed.” —Renee Stuart; Kansas City, Kan. 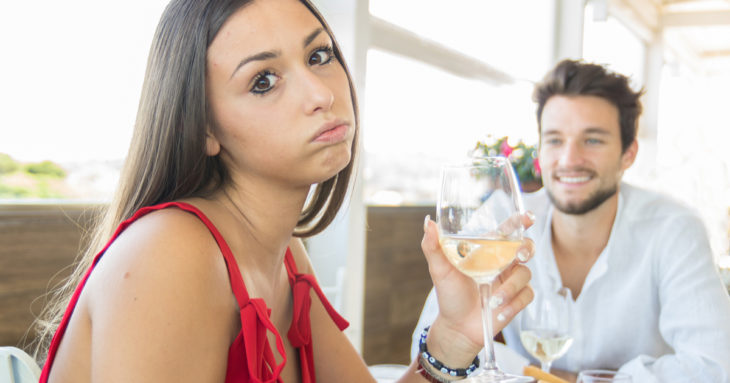 OK, fess up! What was your worst date ever?

How To Increase The Security Of Your Home?