The first time someone tried to rob me, it was four in the morning. I was in a desolate part of town, I was tipsy, and it was my birthday. A guy came up from behind my sister and me and tried to grab her purse. Without even thinking, I grabbed it back and screamed, “I’M GOING TO KILL YOU!”

Expecting an easy grab-and-go, the guy freaked out, turned and ran. I took off after him, intent on beating the crap out of him. At precisely the same moment, we both realized he was twice my size. He turned towards me and I high-tailed it back down the street, shrieking like the scaredy cat I am.

Now if I had to advise someone what to do if a big guy tries to rob them, threatening death and chasing him would not even be in my top five suggestions. But my beer-addled nervous system threw my body first into fight, and then into flight. (Thank God!)

There comes a time in just about every relationship where you get so angry at the other person, you’re not sure whether you should stay and duke it out (figuratively, of course), or throw in the towel and cut your losses.

Obviously, some things are black and white—if he hits you, leave. Steals money from you, ditto. Hits on your sister, splitsville. Jeez, I’ve dated some losers.

But there are also many shades of gray. So here are some guidelines, inspired by your body’s nervous system, for when you might want to stick around and fight and when it’s time to flee. 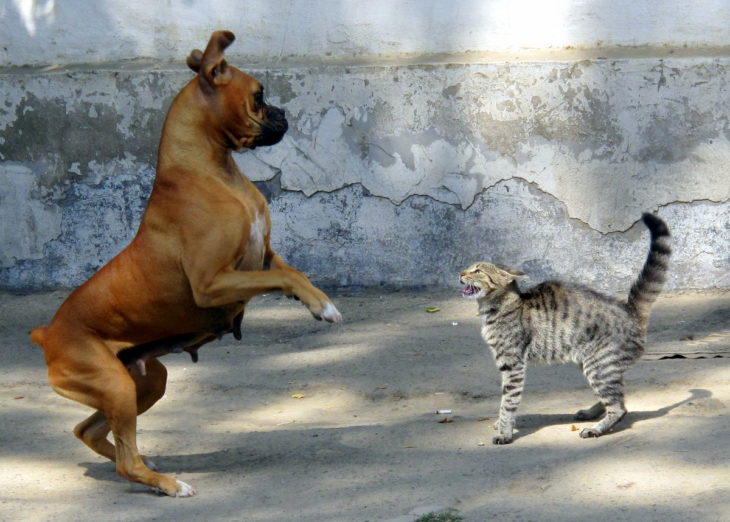 LIES: Your mom always told you that honesty is always (well, usually) the best policy. But should there always be a zero tolerance protocol in place?

Fight: If the lie is minor, like “I thought you wouldn’t want to go out with me if you knew I was only 22,” that’s excusable. (As long as he’s both legal and adorable.) Other excusable fibs include pretending to have read a book (who hasn’t faked Foucault?), a feigned fondness for your parents and/or friends, or an exaggeration of certain attributes. If you catch him in one of these li’l white ones, tell him you hope he can be honest in the future, because otherwise you’re going to have a problem.

Flight: Creepy, ginormous, life-impacting lies about things like his STD status, marital status, or criminal record should not be tolerated.

CHEATING: There are several degrees of infidelity—emotional, financial, and—of course, sexual. Depending on your situation and the severity of the betrayal, it could go either way.

Fight: If you find out he’s been secretly communicating with a long-ago ex on Facebook or had lunch with a winsome coworker, you may want to stop and have a state of the relationship talk before you launch your ring (or worse) at his eye. It may be innocent, it could be a simple ego massage, or it might be a sign of big problems in your relationship. Proceed with caution.

Flight: Finding out her husband was banging a tattooed stripper while she was off giving an Oscar-winning performance, and playing stepmommy to his kid, will hopefully be a dealbreaker for America’s Sweetheart. Plenty of relationships recover from sexual infidelity, but plenty more don’t.

DRY SPELL: Once a day, once a week, once a month, once a year—everyone’s definition of not-gettin’-enough varies … 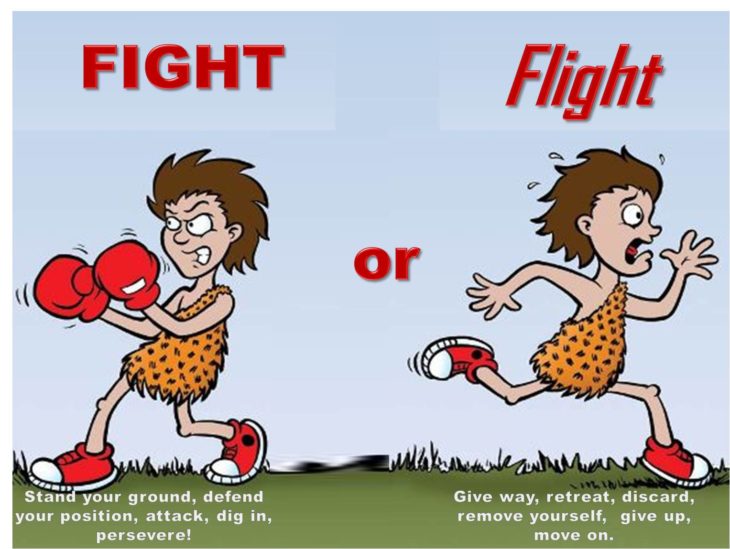 Fight: Just about every couple’s sex life takes a dip after a year or five. Then there are outside factors like depression, anti-depressants, or stress at work that can affect the temperature in the bedroom. As long as you two are still committed and attracted to each other, these temporary setbacks can probably be worked out. But you need to get with the talking before the sandbox morphs into a desert.

Flight: Though they’ve got this rep as the randier gender, there are plenty of men with zero in the way of sex drive. It could be physical, in which case a medical professional might be able to help. Or, in the case of one guy I dated, he might just be an uptight closet-case. Whatever the issue, if he refuses to work on the problem, you need to move on.

ORAL SEX: He’s all good with getting it, but squeamish about giving it. Sigh.

Fight: You landed yourself that mythical creature, the male virgin. Or he’s reluctant to dive in because he’s insecure about his oral skills. If this is the case, you two have a chance of working it out, as long as he’s willing to give it a try.

Flight: If he considers diving for pearls a less than manly pursuit or is somehow “grossed out” by the experience, you need to lose this dude. Even if it’s not something you need to get off, that he’s willing to take and not give should leave a very bad taste in your mouth.

Debate This: Should Guys Help Pay For Birth Control?

Girl Talk: I Guess I’ll Never Hook Up With A Woman