Dear Wendy: “Are Men Turned Off By Strong Women?”

It’s time again for a “Shortcuts” weekend. For every question, I’ll give my advice in two sentences or less, because sometimes the answer to a person’s question is so obvious and the need to hear it so great, being as clear and frank as possible is simply the best way to go. Today we discuss “alpha-females,” ending a bad relationship, releasing pent-up emotions, and how much to confess about one’s past.

Recently, I was talking with a male friend at a party about my most recent relationship and why things maybe didn’t work out between me and the guy I had been seeing. He looked at me and said: “Frankly, you are too much of an alpha male.” Yes, I’m a strong, confident women, and I’m willing to admit that I can be rough around the edges, but once you get to know me I’m a great, caring person with a lot to offer. I can’t help but wonder when being a confident, independent and powerful woman became such a bad thing to men? When did taking care of myself and not being a pushover become such a bad thing to the opposite sex? — Alpha She-male 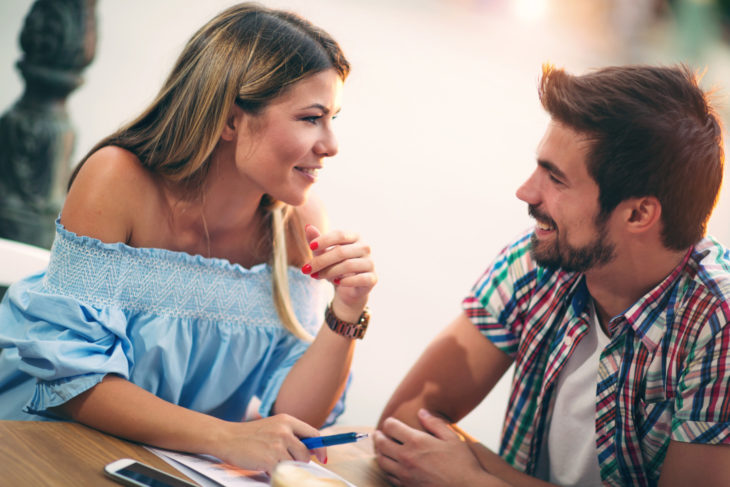 It’s not. Find some new guys to hang out with and you’ll see how weak-in-the-knees a woman like you can make an equally strong, confident man.

I am 19 and my boyfriend is 26. We’ve dated for about a year and a half. When we got into a bad argument awhile ago, we broke up but promised we wouldn’t see anybody else. We were still intimate and trying to smooth out our relationship. However, a month ago, I was on the computer and saw his email open to a multitude of adultfinder messages and messages from his ex and other women. I usually don’t snoop but he has the habit of going through my things so I thought it would be fair if I did the same to him. Anyway, among the things I discovered: he had sex with a co-worker and is in love with his ex. When I confronted him about what I found, he told me it was “all a mistake” and that he doesn’t love his ex; he just wanted to “mess with her mind.” He apologized a multitude of times and swore he’ll change. After another month, I gave him a chance, but I don’t know if he even deserves one. I’m so disgusted with his lies and I can no longer trust him. I used to let him go out with friends to clubs or parties; I even let him go see his ex for her birthday. But, now I feel like like I have to snoop around through his things, and I don’t want to become that type of person. I don’t want to be suspicious of his every move. He claims he wants to marry me and has suicidal tendencies every time I leave him. I know it’s not healthy but it’s tough to leave without worrying or even missing him. Help! — Super Suspicious

There is nothing about the way you’ve described your relationship that sounds healthy or happy or worth fighting for. Quit letting this loser manipulate you and get out of the relationship NOW while you’re still 19 and have all the time in the world to discover how rewarding a great relationship can be. 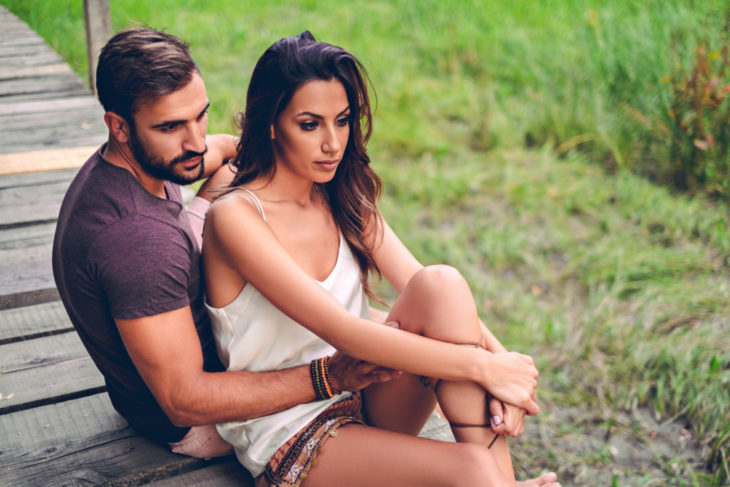 I’ve always been an introverted person, and I’ve recently noticed I have no one to talk to about my feelings. It’s not because I don’t have close friends or other people I care about and trust, but I simply don’t talk about my feelings. This has started to take a toll on all of my relationships, particularly the one with my boyfriend, who gets understandably frustrated whenever the issue arises. I’m trying to rectify this situation, and I’ve started writing a journal just to analyze my feelings, and I take time daily to think about how I feel and why. The thing is, I don’t know what else to do. And I’m pretty sure that the first time I talk about how I feel with someone I’ll start crying, even if what we’re discussing isn’t particularly sad, so I’m not really looking forward to that first discussion. How can I deal with this? Is there a way I can slide into these type of conversations instead of plunging in? — Bottled-up

Don’t worry about crying in front of your friends; people who care about you, like your boyfriend, will be honored you trust them enough to show your vulnerabilities. But if you’re still concerned about unleashing all your bottled-up emotion the first time you talk about your feelings with someone, you could always talk with a therapist before opening up with your friends.

I have a male friend who I’ve known for a couple of years now. He lives a few states away so we keep in touch with cell phones and the internet. (Neither of us really has the money to visit each other). We’ve talked about nearly everything and at this point I feel a solid amount of trust growing between us. Recently, it came up that he doesn’t trust anyone who cheats. It’s been a problem in his family’s past and he won’t stand for it. I’ve made some poor choices in my past and one of them was cheating in a relationship. I regret the decision now and have made amends the best I can, but I’m worried there’s a huge chance if I told him, he would feel different about me or feel hurt. I believe in being honest and if he asked, I would tell him the truth. But I wasn’t sure if it’s something I should bring up so he doesn’t feel I’m hiding things from him. It’s nothing I’m ashamed of. It was a bad decision I made a long time ago. But it’s not who I am now and I’ve learned/changed from it. So do I tell him about the skeleton in my closet or just wait and see? — Former Cheater

Don’t bring it up. Frankly, it’s none of his business, and there’s no reason he has to know everything about your past — especially if he’s going to be judgmental about mistakes you’ve made.

Cash & Coupling: How To Make A Divorce Suck Less Financially

Guy Talk: A Man’s Female Friendships Are Nothing To Worry About