Dear Wendy: “My Guy Friend Wants To Sleep With Me”

It’s time again for “Shortcuts.” For every question, I’ll give my advice in three sentences or less, because sometimes the answer to a person’s question is so obvious and the need to hear it so great, being as clear and frank as possible is simply the best way to go. Today we discuss guy friends who want to take things to the next level, mercy-killing a relationship, and guilt over being “the other woman.”

I have never been good at keeping male friendships. The guys always end up asking me in some way or another for sex and that’s always been a dealbreaker. Maybe I’m always shooting mixed signals at them by accident, maybe my skirt’s too short, maybe I’m too uptight, who the hell knows. Anyway, I have one male friend who’s actually stuck around for eight years. He’s one of my best friends and he’s been there for me at some of my worst moments. Last night he asked me if I wanted to be friends with benefits because he thought “it could work” and if it didn’t “we could always be friends again.” Dear Wendy, what does that even mean? Why would he ask me that? If I say no will it be because I’m too anal? I’ve never really felt the urge to sleep with a man I didn’t also want to have a relationship with, and have been told that maybe it’s a gender thing. I’m just completely lost. I know I’m not interested, but how can I diffuse this situation? Am I making a big deal out of nothing? Can I still trust he’s always been there as a friend, or could this mean he’s stuck around because he’s wanted something more? — Sad & Confused

Here’s another Guy 101 lesson: straight dudes are almost always going to want to sleep with their female friends if those said friends are remotely attractive, so it’s not really you; it’s them. They’re also very, very used to not getting to sleep with those friends and it’s usually not a big deal for them to continue being platonic friends if/when they’re rejected — especially if they’ve been platonic with said friend for eight years. Just tell your guy friend you aren’t interested; he probably didn’t think you were anyway and he’ll likely shrug off your rejection as an “Oh well, didn’t hurt to ask!” 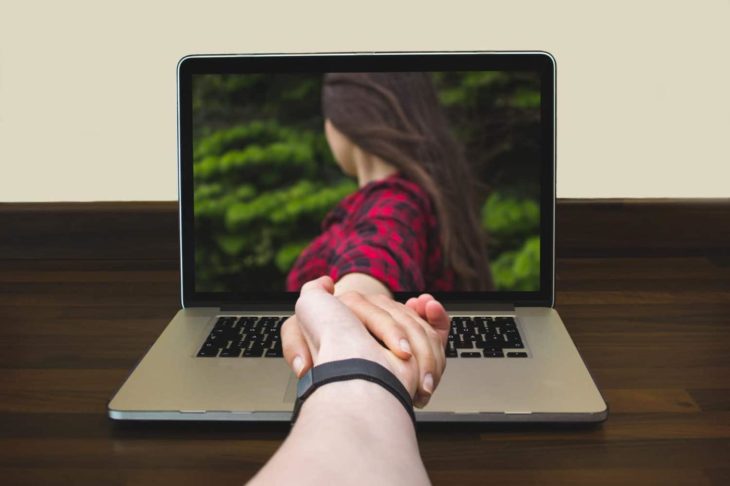 About four months ago I started dating a friend of mine who I have known for about 12 years (we met in college, we are in our early 30s now). He works on a scientific research ship currently based in the Pacific, and he’s originally from the west coast. I live on the east coast. We’re very compatible and have a very nice relationship, other than his job. We’re able to see each other about every two months, for about a week at a time. His job and the time difference make it very difficult to find time to talk on the phone, and he is not allowed to use Skype. He enjoys his job and has invested a lot of time and effort into advancement in the maritime profession, so he plans to continue to work on boats for a very long time. Basically, if I stay with him, I’ll always be in a long-distance relationship. I’m starting to fall for him, and it’s making me really wonder if I can do this for potentially a very long time. I’d like a house and kids someday, and it’s hard to imagine doing those things with someone who’s gone half the year. I’ve been trying to talk to him about it, but he keeps saying, “Well, we talked about this, this is the career I chose, this is my life right now.” But I had no idea what I was getting myself into; I’ve never been in a long-distance relationship, and definitely not with a sailor, which comes with a lot more limitations. I’m not sure he’s capable of making room in his life for me, since everything else he wants appears to be more of a priority than I am. I’m worried that if I wait, I’ll have stronger feelings and it’s just going to get harder to end it. Should I mercy-kill this relationship now? — Land Lubber

Yes!!!! You may not have known what you were getting into, but you know what you’re in now and you have a pretty good idea what a long-term relationship with this guy would entail, so if it’s not what you’re looking for, get out! Get out before you invest anymore of your time or emotions.

I’ve been consistently hooking up (and by that I mean having drunken sex almost every weekend) with the same guy at my school since March. When I found out from a mutual friend that he was interested in me, I was not at all looking for a relationship, or even sex, so I blew it off. However, through some set-ups I was not savvy to, Future Hookup and I often ended up at the same parties, and even got familiar enough to play on the same pong team. So, realizing there was no point in my going monk any longer, I invited him to my place. We talked for several hours prior to hooking up, in which we discovered we have a shocking amount in common — the most important thing being neither of us is a social butterfly. We are awkward: conversation never flows, we usually return to the same topics of mutual interest (hip-hop and hiking, mostly), can hardly keep eye contact when we speak, and yet I find this endearing. His shyness is uncommon, and makes me want to be the person to make him comfortable, to open up. He’s a good guy. And he’s beautiful and has a giant dong.

The reason I think this is any more than a hookup, which otherwise I would have no problem with, is that we have both, on numerous occasions, expressed our interest in “dating,” or even more so, being a couple. Neither of us has slept or even kissed anyone else since we met, and not because we’re incapable of gettin’ some somewhere else. We have been on a few “dates” and have been relatively comfortable on them, but they are far too sparse to seem like any legitimate semblance of dating. We simply can’t seem to put in the effort to really get things started, though we’d like to. Our contact is almost entirely limited to text when we’re not together, and those texts are terse and for the purpose of trying to make time to see each other in person, which rarely works out (busy schedules, like our time to ourselves … you know the deal). I do think I really like this guy. But I feel stunted by busy schedules, awkwardness in person, and the fact that I know I will see him every weekend anyway. My question to you is, did I completely doom this one from the start by having it be a hookup for so long? Or is there hope yet for a relationship? And if so, how? Cause I’m stumped. — Love Drunk (or Just Drunk)

Good lord, LD, you’re being awkward with each other because you’ve used booze as a social lubricant and sex as your sole means of communication and after eight months, you probably don’t even know each other very well. If you’ve both expressed interest in dating, you can start with picking up the phone mid-week and talking to each other instead of texting. And pick one of your mutual interests outside the bedroom — like hiking — and participate in that activity together so you have something to focus on besides your inability to make conversation. 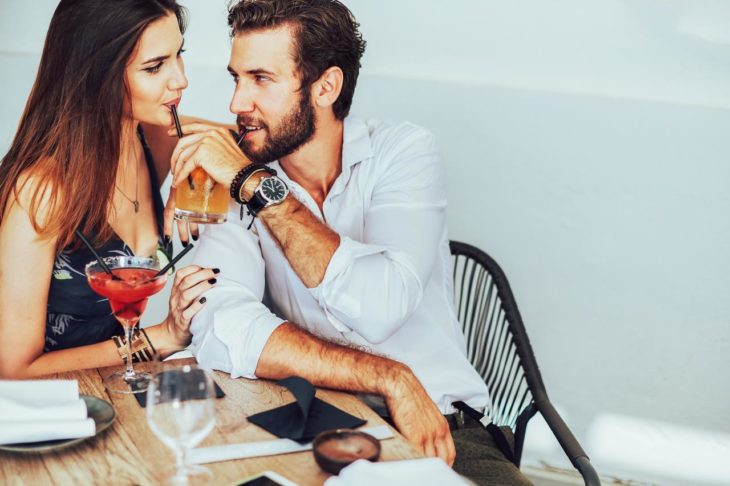 Recently, I got involved with a guy that I was working with on a project. He was the first guy who caught my interest in quite a while, and I basically jumped on the chance to flirt and have a little fun. After a little while, he started dating another girl who was working on the project, and for a while we took on a more platonic relationship. But that didn’t last long. Pretty soon we had resumed our flirtation and then some. We were just short of hooking up when his girlfriend found some pretty explicit messages we had exchanged. Since then, we’ve stopped all contact, but I occasionally see her or the two of them together and I have a tiny panic attack. Am I a bad person for letting things get that far? The way things ended between me and this guy makes me feel cheap, and every time I think about it I feel really guilty. — Guilty Mind

I’d say the guy in this equation has a lot more to feel guilty about than you do and if you’re seeing him and his girlfriend out and about together, clearly his bad behavior wasn’t enough to send her running, so why should his indiscretion continue making you feel bad? This guy’s a tool and if his girlfriend is dumb enough to stay with him, that’s her problem not yours. You aren’t the “bad person” here and you don’t need to waste anymore of your energy feeling guilty.

Where To Meet Him: An Unemployment Circle