There’s always that one guy. You know, the one who undoes our progress as human beings. The man who claims we are powerless victims to our biological urges. Enter T. Byram Karasu, a professor of Psychiatry and Behavioral Sciences, who in a piece on The Daily Beast argues that Tiger Woods’ sexcapades were a completely “innate and natural phenomenon.” In fact, he says sex addiction is “a new name for the old evolutionary concept—the innate urge to impregnate as many females as possible … in this sense, every man is a sex addict or was one at some point in his life.” He thinks this only becomes a problem within the context of the institution of marriage.

He doesn’t believe sex addiction is a real problem and advocates viewing the addiction as “a time-limited condition” and “accept[ing] the man for who he is, and wait[ing] until his desires extinguish.” He writes, “Let’s stop pathologizing every human behavior, like male libido.” [The Daily Beast] 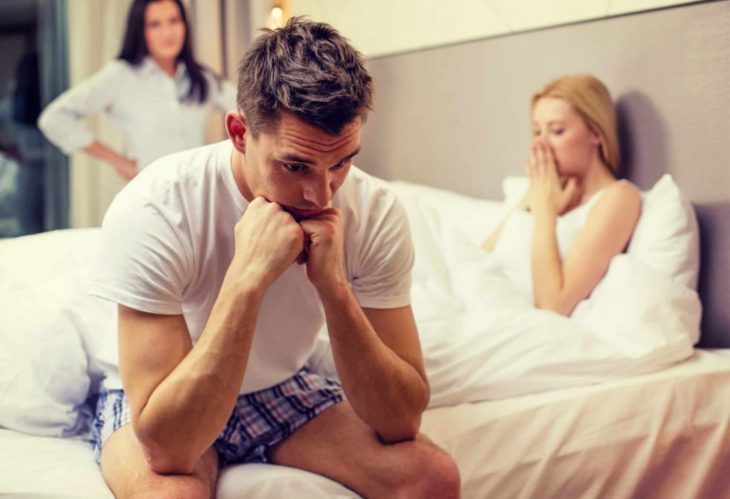 Hold the phone, dude. I have a few issues here.Is this guy saying that we should accept extramarital affairs just because someone had a time-limited condition? I recognize that monogamy is not for everyone and I think that’s just fine, but in Tiger’s case, his partner was not complicit in his “innate urge to impregnate as many females as possible.” Tiger Woods is wrong because he lied. Affairs are wrong in the context of marriage if both partners don’t consent to having multiple partners. And I don’t believe that Elin should wait until his desires extinguish. How would that solve anything?

Sex addiction is not an attack on the male (or female) libido. We all have libidos that we manage on a daily basis. As a side note, it’s interesting that he didn’t mention women at all. I wonder if he thinks sex addiction for females is a real thing? I doubt if he’s considered how women fit into this picture at all. Anyhow, I digress. Sexual urges (sometimes even excessive ones) are normal and natural. But sex addiction, like any other addiction, is an illness—an inability to manage, sex, or drugs, or alcohol in a healthy and appropriate way. To say that we are powerless to our biological urges is to take away the thing that sets us apart from animals—our ability to reason, to have insight into our behavior, to make choices, and affect change in our lives.

So what do you think? Is sex addiction real or is it just a fancy term for the male libido? Share your opinions in the comments.

Smart Dudes Are More Likely To Be Monogamous

It’s Time To Ditch Your Type!

7 Most Famous Celebs with a Serious Gambling...