Girl On Girl: If Only My Parents Had Talked To Me About Sexuality When I Was Little

The first time I questioned my sexuality was when I was 12 years old. My family and I were in Las Vegas for my uncle’s wedding. Twelve was an awkward age because I was boob height, meaning not tall enough to look people in the eyes, but short enough so that it seemed everywhere I looked there were boobs, boobs, boobs. If you’ve ever been to Las Vegas you’ll know that in addition to the huge casinos, ginormous buffets and larger-than-life hotels, Sin City also seems to draw particularly busty women. It’s hot there and they walk around in plunging necklines and strapless dresses and wear tiny bikinis by the pool. So I was walking around at boob-height in a city where cleavage rules and I realized, to my horror, that I liked it. What’s more, all these women with their breasts hanging out turned me on.

My fear worsened as I watched my uncle’s wedding in a small room at the swanky Bellagio Hotel. I felt completely disconnected from the happy couple and when I heard the rabbi say, “I now pronounce you husband and wife,” I realized that’s not what I wanted. 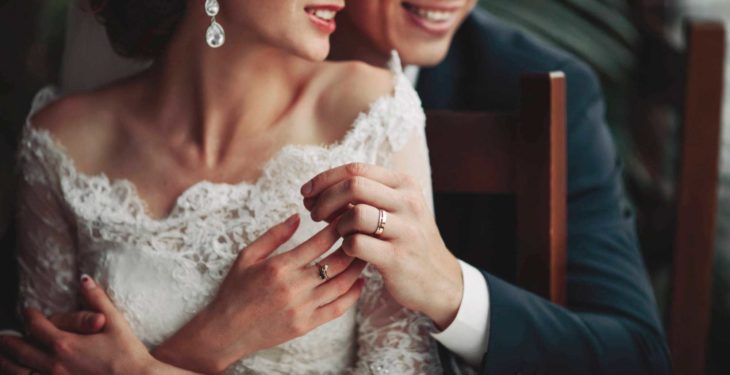 Far from being freeing, this realization was terrifying. Imagine what my friends and the boys at school would say! The girls would worry I was going to try to have sex with them in the bathroom. The boys would call me “carpet muncher,” as they already did sometimes, just because I was very close to one girl in particular.

I forced my mind elsewhere and didn’t tell a soul.

Unfortunately, this worked for years. I say unfortunately because, although I did enjoy my relationships with men, the sex was very unpleasant for me. I fell in love once. He was much older and in retrospect I think I was more in love with the danger and drama he brought into my life than I was with him. When we had sex, which was extremely rare due to my resistance, I’d close my eyes and imagine women.

This guy, and many of the others I dated, knew I sort of dug women. They pushed for threesomes, but I told them I was more interested in hooking up with girls on my own time. They were cool with that too and I took advantage of it to the fullest. 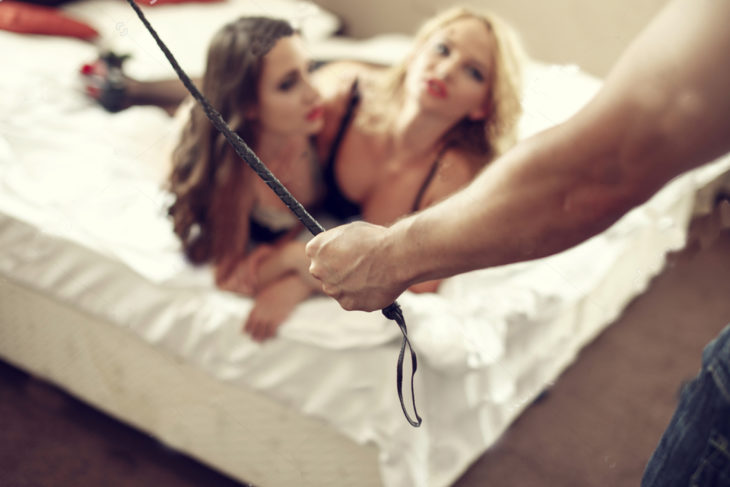 But as time progressed this wasn’t enough. By 18, I was starting to think I was totally gay. I even came out to my parents one night at the dinner table. But then I continued to date dudes because it was just too hard to meet girls. My parents just figured I was confused. They were right.

By the time I got to college, sex with men had become pretty much unbearable. In fact, it usually felt like rape. In an effort to fix myself or change my mind I continued dating dudes. During dates, I’d try to talk myself into liking them. I remember thinking, “Nikki, you idiot, this one is smart, hot, funny, sweet. What’s wrong with you!?” A lot of them had a whole lot to offer but I just never felt that spark.

Despite this, I’d usually take them back to my apartment at the end of the night. Part of me felt guilty for leading them on and I figured this was how I’d repay them for their time—since I knew I was never going to call. I also thought that having sex could force a spark, what with all that friction and stuff. So I’d shut my eyes, turn off all the lights and wait for it to be over. A few times, it was physically impossible for me to do it. I remember the confused look on the guys’ faces as they touched me down there and asked, “What’s wrong?”

Those were the worst nights. 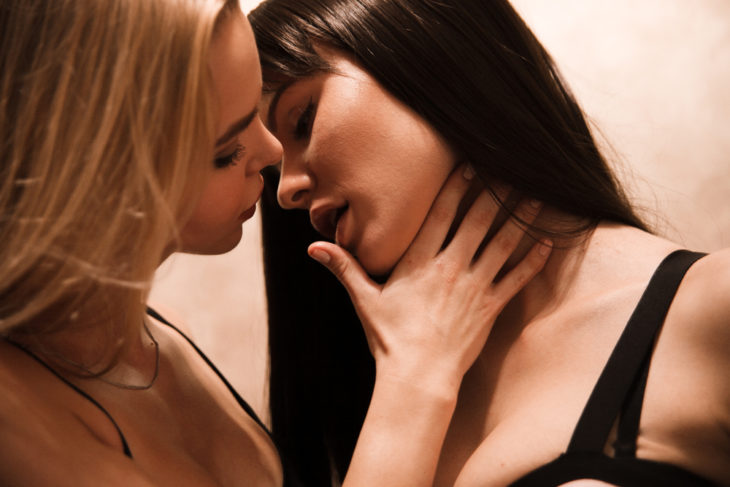 In addition to shuddering when I look back on these times I also think that if anyone had ever discussed sexuality with me as a kid, this whole thing would have been a lot easier. I don’t blame my parents for not mentioning it—I don’t think most parents say to their kids, “Look, honey, you have options. You can like boys or girls or both!” But, at the end of the day, I think that’s exactly what parents should do.

We’re into the 21st century. States are starting to legalize gay marriage and most people are beginning to realize that being gay isn’t bestiality or sodomy or a horrific sin. In my opinion, it would be nice if parents expanded that whole embarrassing dating/sex conversation they have with their kids to include sexuality. That way, younger girls and boys wouldn’t be embarrassed or afraid of their thoughts. I wouldn’t have thought that getting turned on by women’s breasts was disgusting or weird if everyone hadn’t just pretended like there was only one way to be and that way was straight.

I don’t know if I’ll have kids, but if I do, I plan to let them know—at a young age—that it’s OK to like people of the same gender, the opposite gender or both. I probably won’t wait until we have The Sex Talk to mention it. Bringing it up in casual conversation before then is probably a good idea.

A lot of people probably think this would encourage children to be gay, but the point is that right now, we’re encouraging them to be straight. Putting homosexuality out there—along with heterosexuality—is only fair. I’d hate to know that my kid hated sex until they were 20 because they were doing it with the wrong gender.

Epilepsy and women’s health – The influence on hormones, menopause, contraception, and pregnancy

Marketing and Ads: What Your Competition is Doing