Dating Drama: For Some, Flirting Is A Sport

My friend Gloria flirts with everyone—even her cat. Seriously. Almost every time I see her she’s cozying up to someone new, even though she isn’t a perpetual dater and doesn’t sleep around. At my birthday dinner a few weeks ago, she asked my friend Sira if he wanted to lick some buttercream frosting off her chest. He busted out his cell phone and said, “Have you seen my boyfriend?” But it didn’t matter to her that he’s gay; she was flirting for the sake of flirting.

Another time, we were at a party, and all night long she was huddled up with a guy. I thought for sure they were going to go home together, but when I mentioned it to her, she looked shocked. “I don’t like him like that,” she said, as if what I’d said was the silliest thing she’d ever heard.

At first I was confused, because when I flirt, it’s for real. Don’t get me wrong, I love flirting, but I don’t bother if I wouldn’t want my flirting to at least result in a makeout session. Right now, I’m in a relationship, but that doesn’t mean I don’t have crushes. I’m more of a strategic flirt, so recently when I hung out with a guy friend, on what would have otherwise been a date if I didn’t have a boyfriend, I couldn’t help emailing my guy friend afterward to say that he looked cute eating his ice cream. That was definitely flirting, even though right now it’s not really going anywhere. I did restrain myself from telling a guy friend I’ve had a crush on for a while that his new girlfriend is a lucky woman. Because why bother telling him that I think he’s cute, when we’re both taken? 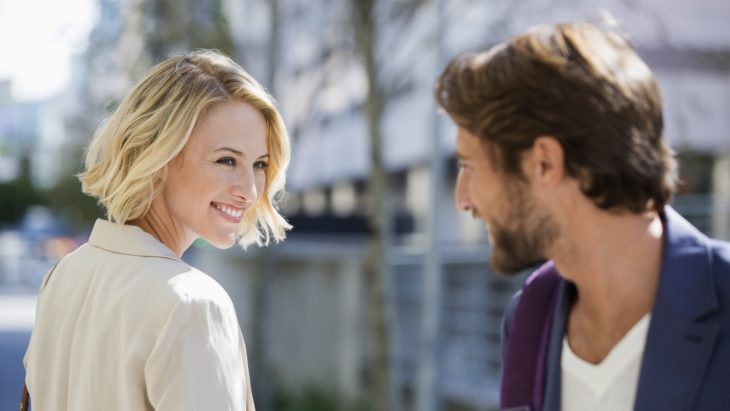 Apparently, though, Gloria’s mode of all flirting, all the time, has plenty of adherents. My friend Liz says that she’ll flirt with women, even though she’s “completely heterosexual.” For her, flirting isn’t about the destination, but the journey. “Flirting is fun because it makes you feel desirable and it helps you stay in touch with your sensual response.”

I have a guy friend who, ever since I’ve known him, has made me feel all tingly every time I see him. I blush and stammer and always walk away from any talk with him, thinking that he has a crush on me. Why? Because he touches my arm when we talk, says my name with particular emphasis, and is always extremely enthusiastic. The problem is, he’s like that with everyone. He isn’t flirting per se (even though it totally feels like flirting), he’s just being friendly. I find this frustrating, because it seems like he’s holding out false hope. How can a girl ever know if he really likes her, when he flirts with everyone?

One guy I know said that he finds it easier to flirt with people he’s just not that into; when he really likes someone, his innate shyness takes over. A Twitter user told me, “I flirt with people I like the most, but sometimes a little flirting helps me decide if I might like them, too.” And you don’t have to be single to be a perennial flirt! “I flirt with almost everyone,” a guy I’ll call Mark revealed. “I’m married, but I do it because it’s fun and, to be honest, I think it makes women feel good to feel desired. I try to spread a little happiness when I can.” 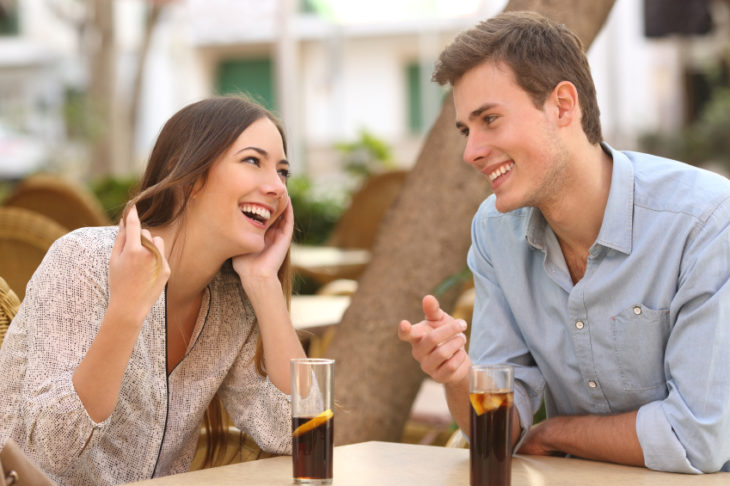 For those who think of flirting as a fun party game, should they stop simply because someone else might get the wrong idea? I don’t think so. It isn’t always about the flirtee’s reaction, but what the flirter gets out of it. Even if the other person isn’t flirting back, it can make you feel sexy to toss your hair around and say things that are definitely more than platonic. Another female friend says, “I almost prefer flirting to sex. I flirt with everyone, particularly my guy friends. For whatever reason, maybe it’s because I know I’m good at it, I find it powerful but kind of restrained, which is perfect for me because I don’t like to get too close to people. When it’s with someone I actually do like, it can be so exciting, even if it doesn’t actually result in anything physical. It can give me that almost permanent butterfly feeling, which I love.”

Her gushy response has almost sold me on flirting. My boyfriend and I don’t flirt with each other that much, though we probably should, considering that we’re in a long distance relationship. The last overtly flirty thing I did was text him when I was buying sneakers. (He has a thing for girls in sneakers, so it’s not completely crazy.) Clearly, I have a thing or two to learn from the sport flirters of this world.

Frozen 3 – How It Will Be Different Than Its Prequels