Gollum slithered around the picnic tables in a bald wig and a loincloth. Bilbo Baggins manned the barbecue.  An elf with pointy ears asked if we had any veggie burgers.

My boyfriend, David, and I had not come dressed for the “Lord Of The Rings” theme for his family’s annual group vacation with their friends. But costumed or not, I knew I’d be under scrutiny: I’m the first woman he’d brought along to introduce to everybody in his 26 years of attending.

As Gollum lumbered by towards the card table full of key lime pies and cookie burgers, I turned to David and grinned. “Real love,” I said, “is spending the weekend with your parents and their friends when everyone is dressed like Hobbits.” He grinned back and we kissed. 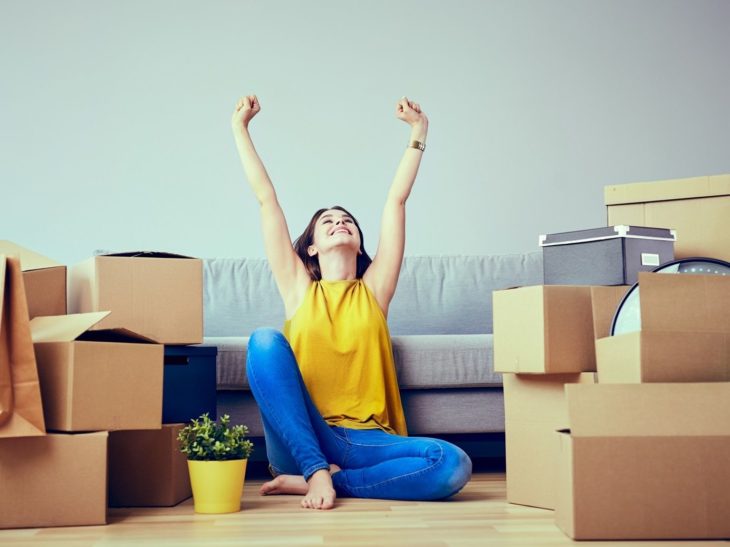 Forty-eight hours later, David and I decided that we would move in together, waking up next to each other every morning and falling asleep together every night. Beginning our lives together this way felt like the right thing to do.

But did I mention we’ve only been dating for two months?

David and I didn’t intend to move in with each other less than three months before we met. In fact, when we first had a conversation about moving in together, he said he thought it had been “too soon” to move in with his ex after nine months and that maybe he and I should wait a year. I’ve never lived with a partner before, I trusted he knew what he was talking about, and so I readily agreed.

Really, I’d wait close to forever for David: meeting him has been the blessing of a lifetime. David sees me for exactly who I am and loves me completely. He doesn’t care that I suffer from depression. He doesn’t care about the drug and alcohol addiction speckled through my family. He doesn’t care that I need lots of time alone for my writing. I just make him very, very happy, despite what other people might see as “flaws.” And I feel the same way about him. Truly, neither of us knew what “finding the one” felt like—if it even existed!—until it actually happened to us. So I was not surprised when, after dating for only three weeks, David hugged me and said, “We’re going to get married.” I grinned and nodded. I’d already been imagining myself chasing a little baby, with Asian features like his, around a house. 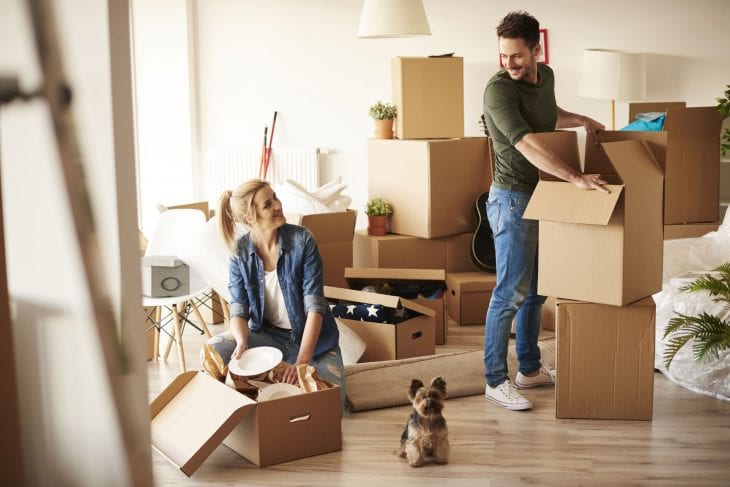 As we’ve fallen deeper and deeper in love with each other, waiting a year to move in felt really far off. Hell, six months felt really far off. As recently as this past weekend, we’d talked about moving in together in October or November. David is temporarily living in Philadelphia this summer for his job, but we thought we’d find ourselves an apartment as he settled himself back up here in NYC.

Then, last night, my landlord threw me a curveball: he announced that my roommate and I had to move out of our apartment by August 1. Yeah, that’s right. I have to move out in a month.

My first inclination was to move back home to Connecticut with my parents. Why bother with a sublet if I’ll just move out in a few months anyway?

But meanwhile, David’s best friend, who lives just outside the city in New Jersey, called him up to say that David is welcome to move into his spare bedroom for $450 when his temporary program in Philly ends in August. What a coincidence, right?

“Well, actually,” David told him, “Jessie’s landlord asked her to move out in a month. So maybe she could move into your spare bedroom on August 1st and I’ll move in when my program in Philly ends a month later.”

The best friend said yes, of course. So I went from moving back in with my parents to moving in with my boyfriend in a few hours’ time. 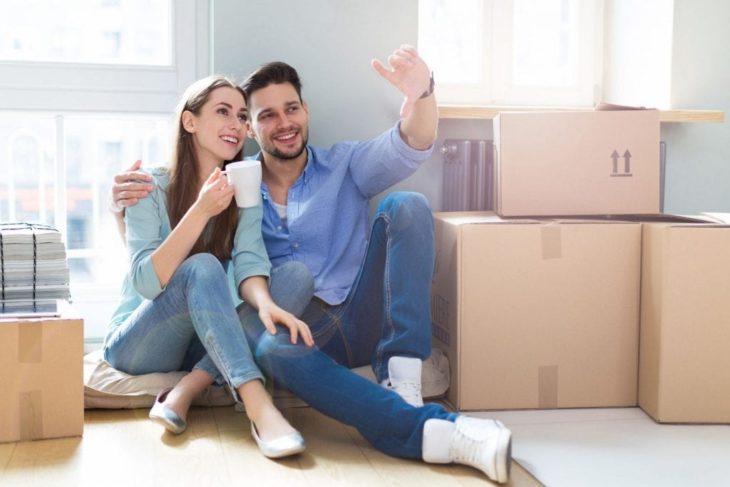 But it’s not a decision we’re making lightly. Our hearts are telling both of us that moving in together is the right thing to do, but the quickness with which it’s happening has an “unplanned pregnancy” feeling to it. It’s happening so fast and that’s just a little bit of a mindf**k. It’s one thing to discuss about “off in the distance” things—our future baby names, where we’d like to go on vacation, or what kind of ring I’d like when he proposes—but it’s another to take a Big Relationship Step before Mad Men season three even airs. We feel ready for this, but are we ready for this? We know the allure of paying only $300 each for rent is not a good reason to move in together.

But we talked this through for a long time last night, and a long time this morning, too. We know that each day that we spend together proves we are more and more right for each other.  Both of our families have told us we each have definitely found “the one.” We want to get married. We want to have children together. I want to grow old with a man who once said to me, “I’m just thinking about how beautiful you’re going to be when you’re 65.”

How To Hide A Hangover

6 Benefits of Having a Home Insurance