I always change after I’ve slept with someone. It’s a subtle metamorphosis, but one I can count on—after sex, I feel emotionally attached. Even if the sex was boring, or painful, or just plain eh, afterward I always start to picture myself in a relationship with the person—sitting on the couch watching a movie, walking the dog we’ll no doubt adopt, sometimes even walking down the aisle. As such, casual sex is just something I’ve never considered. How exactly does one detach their feelings for one night of sexual fervor?

Thus, you could imagine my surprise when Jack offered to be my “pal with privileges.”

He offered this: Let’s see each other, go out on dates, have great sex but not have anything ‘serious.’

Jack was painfully attractive—a funny, 6-foot-3 Jewish filmmaker and food snob I went on a few dates with after Edward and I broke up. He offered this: Let’s see each other, go out on dates, have great sex, but not have anything “serious.” He even invited me to go to Costa Rica with him. I just had to be OK with the fact that he would be seeing other woman on the side.

“Why would I want to do that?” I asked quizzically. “Just because you coughed up a couple of bucks for wine and risotto you think now I’m supposed to sleep with you all willy-nilly? How many other chicks are you sleeping with?”

“Listen, I’m not looking for a girlfriend and as of right now I’m only sleeping with you,” he insisted. “But I might be with someone else soon. Honestly, I’m just looking to have fun. We have a good time together. Why ruin it?”

I looked at him perplexed as I considered his proposal, and did a quick pros and cons list in my head. He was right on one thing—we did have amazing chemistry.

I decided to go for it. And at first it was all pros. The sex was fantastic, and it was not making me act like I usually did. I had no longing for him, in any capacity. When we were together, he gave me what I needed. He made me laugh; he made me tingle. And he was not bothering me every day like a boyfriend usually did, which was pleasant, because I was extremely busy between working and going to school full-time.

Our arrangement worked for a month and a half. I was having casual sex and had not even noticed it.

Until one night when we were at dinner. I groaned as I pushed my half eaten panna cotta around my plate. In all of my mopey loneliness I had managed to pick up a hump toy who took me to expensive restaurants. I was officially a hypocrite. I thought of all the times I had scolded my friends for not giving themselves time to heal after heartbreak. The earth had not even settled on the grave of my last love and I was already finding a warm body to avoid being alone with my hurt. As much as I tried to ignore it, I missed Edward—racist parents or not. It was only a matter of time before my laissez-faire tryst caught up with me. 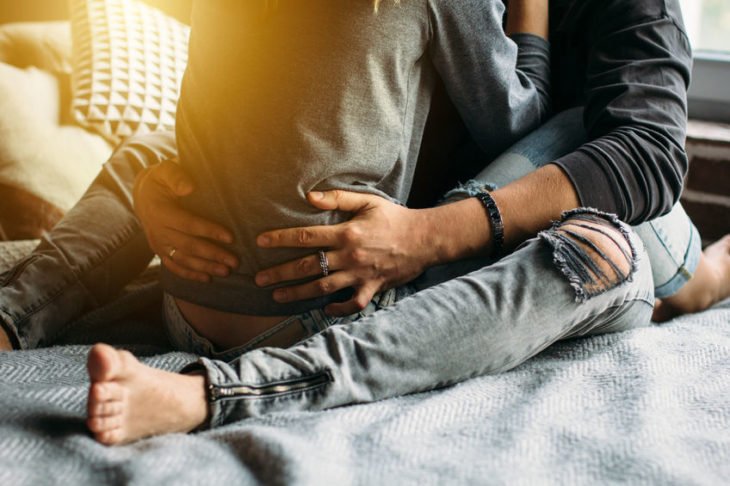 “I can’t do that or this anymore,” I said with a slight smile. “We have fun, but eventually I might want more, and then what?”

Jack eyed me as if calling my bluff.

“I understand, lease with the option to own,” he said. “It’s not like I’m precluding anything if it were to get serious. But I can’t handle you being the only one. It’s too much pressure. We obviously enjoy each other’s company.”

Jack reached over the table and caressed my face. God, he smelled good. I leaned back and reached for my Merlot and took a huge gulp. I looked away, trying not to make eye contact. I felt myself pondering a negotiation. My body was defiantly responding to everything this man did. Yet, now that I was snapped back in to reality, I could hear my heart quietly aching again.

I sighed as I gathered my purse and said goodbye. I understood how easy it was to fall in the arms of the next guy. Taking time to heal is a whole new challenge.

Girl Talk: Should I Be Jealous Of His Female Friends?

Botox Basics, What You Need to Know