The Monogamist: The Name Change

My sister practically clutched her heart when I first told her. “But what about the children?” she demanded. I shook my head, completely speechless. Now, I have an answer: What’s going to happen to our—at this stage—hypothetical children if I don’t change my name? They’ll survive.

I didn’t want to change my name. I never even considered it. Yeah, I’m a writer and I have the byline to think about, but there are plenty of women writers who easily change their names without their careers suffering for it. That wasn’t much of a factor, though I will use it as an excuse to shut people up if they’re pestering me too long about it. Mostly, though, when people ask, I’m straight up: I just didn’t want to change my name. For me, figuring out what it means to be a wife was a big enough change. I didn’t need a new identity on top of it. A new name just felt like a too-tight coat.

I think if I was a young bride—maybe I’d just graduated college and I hadn’t started my career and didn’t have pesky things like investments, credit cards, car insurance, and about a billion magazine subscriptions in my name—I might be more apt to change it. Maybe if I was a more patient person, and I felt like spending half a day at the DMV, the social security office, and countless other bureaucracies with long lines and excessive amounts of fluorescent lighting, I might consider it. But at this point, I’ve been living with my last name for decades, and I’m happy with it.

I have a friend who got married three weeks after I did, and she was over the moon to change her last name from an unwieldy and oft-mispronounced, nine-letter, consonant-filled, Polish monstrosity to the three-letter “Joy”… until she actually had to do it. She sent me a panicked e-mail about how she couldn’t understand why she didn’t want to change her name—she just didn’t. It had nothing to do with her husband. It just didn’t feel right, and it made her a little sad. 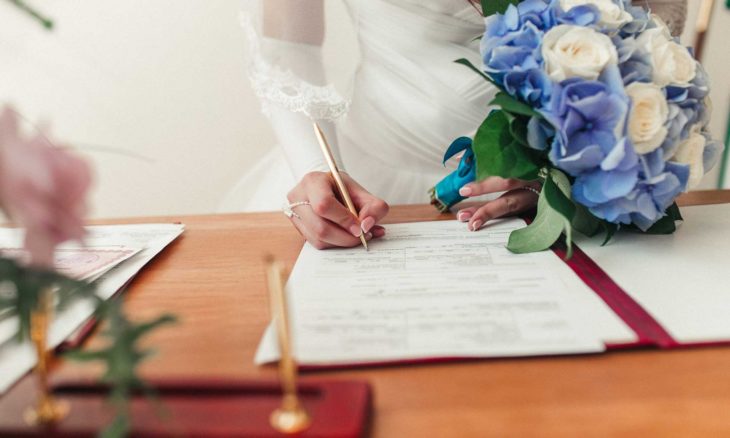 “Look, you don’t have to change your name immediately, or at all,” I counseled. “You can do it in stages, or you can wait until you have kids and see how you feel then.” That seemed to talk her off the ledge, and now, six weeks later, she’s proudly rolled out her first baby-step, a new e-mail ID. I applaud her for it. Whatever works for her, ya’ know? I’m not out to push my non-name-changing agenda on anyone.

And, for the record, I reserve the right to change my mind if we have kids. Or if one day it just feels right. But one thing I know for sure is that I’ll never hyphenate. It seems to work for some people, but it seems like too much when I’ve got a nine-letter first name.

I know for sure that I’m not going to make my kids hyphenate. I talked to Amelia about this, and she found the hyphenation to be annoying growing up (filling out forms was a pain in the butt, her ID doesn’t have enough room for her first name, and she always has trouble getting her airline tickets from the easy check-in kiosk). And what choice does she have if she decides she wants to hyphenate when she gets married? Drop the first last name and tack on the new one? Amelia Parry-Awesome? Hyphenate three times? Amelia McDonell-Parry-Awesome? Or create a new name, combining both names… Amelia McParsome? Or go the traditional route and be Amelia Awesome, which in this case is clearly the best choice because not only does she get a new last name, she gets to be a superhero on top of it. 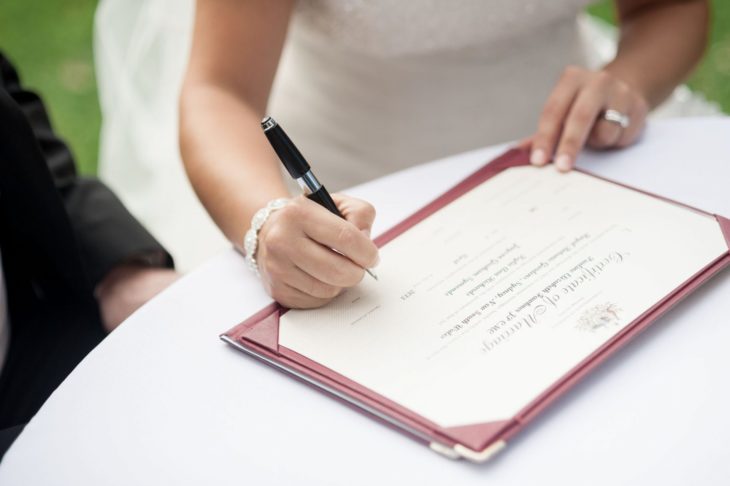 There are a thousand options (the husband taking the wife’s name, for example). Andy and I had actually discussed taking the dog’s last name, which is McWaggerstein (she’s an Irish Jew), or changing our first names so we could see the look on someone’s face when they asked, “So, are you changing your name?” and I got to respond, “Yep, from now on, I’m Belula and this is Rick.” But really, I wasn’t about to do that for a few fleeting seconds of self-satisfaction.

In the end, it comes down to what works for me. I’m wearing a wedding ring so most people get that I’m married. They can figure out the rest from there.