When it comes to Photo Booth companies, there is plenty of competition to go around. Let’s be honest here: the traditional ‘photo booth’ is done to death! However, amidst the age of social media, anyone who’s hosting a party is likely going to hire out a photo booth so that the guests have plenty of memories to hold onto and all-important pictures to plaster over their Facebook, Instagram, and Twitter feeds, making photo booth companies high demand.

If you’re trying to make the event you’ve been hired for stand out from the crowd, it’s time to step your photo game up! Whether you’ve been tasked with photo booth duties for a wedding, party, corporate events, brand activations or any kind of event where a photo booth may be necessary, why not make it unique with a 360 photo booth?

We’ve outlined a summary of what a 360 photo booth is and how you can easily implement it into your business to make you stand out from the crowd, according to Touchpix.com. The premise of a 360 Photo Booth is simple: It spins around the subject and takes a video which will give them a memory to cherish for life. The camera takes a 360-degree spin using a swivel case to which a Go-Pro, phone or DSLR can be attached. You can even bring some confetti to pour around your guests so that their video reflects the event’s great vibes!

A 360 Photo Booth is sure to get your guests grinning and capture them in their most excited states and is one of the best entertainment and event experiences on the current market. Because of the novelty of the 360 photo booth, guests are often smiling from ear to ear and showing off their moves when the camera is on them. This provides a much more dynamic, fun, and unique way to capture an event that will have guests looking back on the videos for years to come?

How can I transition my business into a 360 Photo Booth Business?

These dedicated apps also have a host of options for post-processing of your videos and images. For example, after a video from the spinner has been taken, you can add various effects through 360 photo booth app software, which are sure to give the videos some extra pop and pizazz.

The attendee will also be able to use still photos, boomerang gifs, videos, burst gifs, and slo-mos of their experience, allowing them to fully control how their video turns out. There are even filters, photos, and stickers that can be added to the videos to make things even more fun!

Some dedicated 360 photo booth apps also double as a way to control a regular photo booth, allowing you to design the way you want the images to be printed in a variety of customisable ways. This way, it’s easier than ever to improve your business!

How Do I Display the Results?

It’s easy as possible to display the results of your 360 photoshoots by using a 360 photo booth app. Using software to facilitate your device, you can hook your camera up to any printer that supports 6×4”, 6×6” or 4×6” prints for the traditional photo booth feel.

On top of this, you can also set up the 360 video booth software as a sharing station with an iPad booth or a TV photo booth. This will allow you to show the guests their 360 videos in all their glory and enable them to send it to themselves through email, SMS, WhatsApp, Facebook, and Twitter.

There’s also the option to share offline through a sharing queue which will send everything out later, as well as a file download capability which is controlled through a QR code.

You can even use AirPlay to stream a slideshow to an Apple TV, which can be created from an iPad or an iPhone! The possibilities are endless.

What Are the Benefits of Using 360 Photo Booth app Software at My Event?

The first major benefit of using 360 photo booth software for your event is its intuitive and easy-to-grasp interface. With the help of a dedicated app, it’s as easy as possible to transition your photo booth rental business into a 360 photo booth business. You won’t have to be concerned about any extra technicalities when using a dedicated app because it will all be accounted for!

The second reason to use a spinner at your next event is novelty. It’s becoming harder and harder to stand out from the crowd with a regular old photo booth, and options for people looking for a photo booth are plentiful. By using a 360 photo booth for your next event, you can set yourself apart from other photo booth companies offering similar services.

The trend is on the rise, so it’s best to become an early adopter. That way, you can solidify yourself as a business on the cutting edge of photo booth technology!

Another reason to jump on the trend is that it will increase your brand visibility. Since the 360 photo booth is such a novel experience for event attendees, they will be very likely to share all their videos on social media! 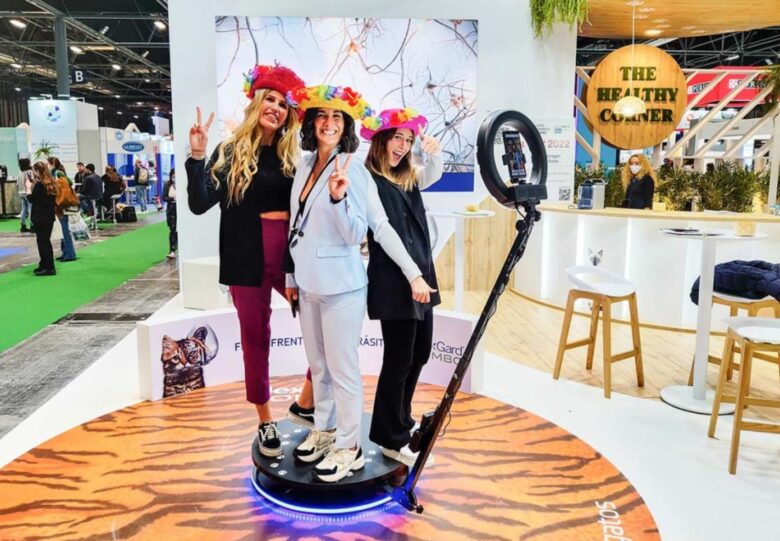 People are sure to see the amazing videos you have produced, and the word of your business will spread like wildfire! In addition, people will be much more likely to hire you for their next event than competitors because you can offer them something unique.

How to Decorate Any Room With LED Lamps – 2022 Guide