5 Unsolved Mysteries in the UK

Our world is full of mysteries and it’s no wonder that so many people are fascinated by it. This interest is reflected in the constantly growing popularity of true crime or supernatural stories. People love reading about events that give them chills but there are those who take this one step further – they want to visit places connected to unexplained mysteries, e.g. haunted houses where someone died in bizarre circumstances, villages where people go missing too often or cemeteries were women accused of witchcraft are buried.

The United Kingdom is full of such spooky places. Everybody has heard about the Loch Ness monster or Jack the Ripper but this is only the tip of the iceberg. These days, the UK has become one of the most frequently visited countries by tourists in general but it’s also extremely popular among mystery lovers. Considering that it’s not too big but truly attraction-packed, people love to go on road trips there. You don’t need your own car to be able to do it – land on any of the bigger airports and use the service from the companies such as RhinoCarHire. Find a vehicle that suits your needs and go on a mysterious adventure! And where?

The road B3212 near Postbridge, Dartmoor is known because of unusually high number of road accidents in the early 20th century. It started around 1910 when drivers and cyclists started to report bizarre accidents that almost always happened in the same spot between Postbridge and Two Bridges. In most cases, the victims claimed that their vehicles steered off the road violently and unexpectedly, like there was something or somebody who grabbed the steering wheel. There wasn’t a lot of talking about Dartmoor until 1921 when the medical officer for Dartmoor Prison died in a motorcycle accident. Later, several survivors reported seeing a pair of disembodied hairy hands that grabbed the steering wheel and forced the car off the road; that’s when the story was picked up by London papers and became famous nationwide. There was one incident in 1924 when a woman claimed that she was camping in the moor with her husband and a hairy hand tried to get to their parked car. The reports of hairy hands taking control of vehicles have been appearing regularly to this day. 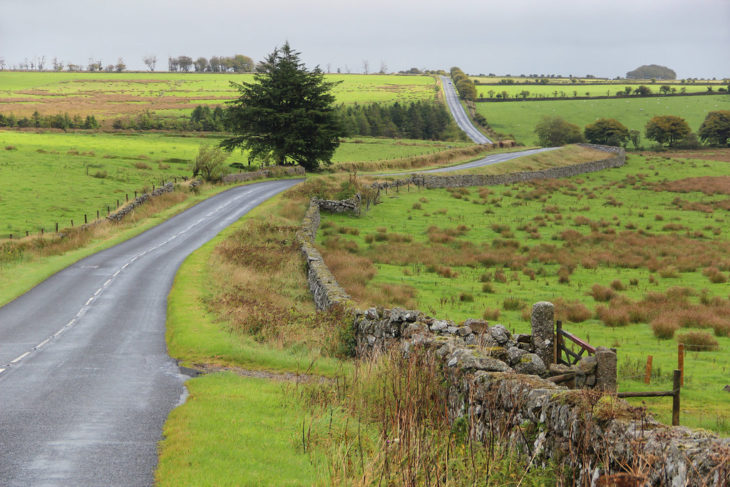 In 1943 four local boys were spending time in Hagley Wood when they found a skeleton hidden in a hollow trunk of a wych elm. The police established that it was a female and she had been dead for approximately 18 months. It was the middle of the war and considering the number of people going missing, it was hard to identify the woman. The case went cold and it seemed like nobody remembered about it until 1944 when the first graffiti appeared in Birmingham – it read Who put Bella down the Wych Elm – Hagley Wood. Similar writings have been appearing there and in Hagley since then; sometime during the 1970s it changed its form to Who put Bella in the Witch Elm? There were many theories about how Bella could have died, including witchcraft, German spies and occult rituals. 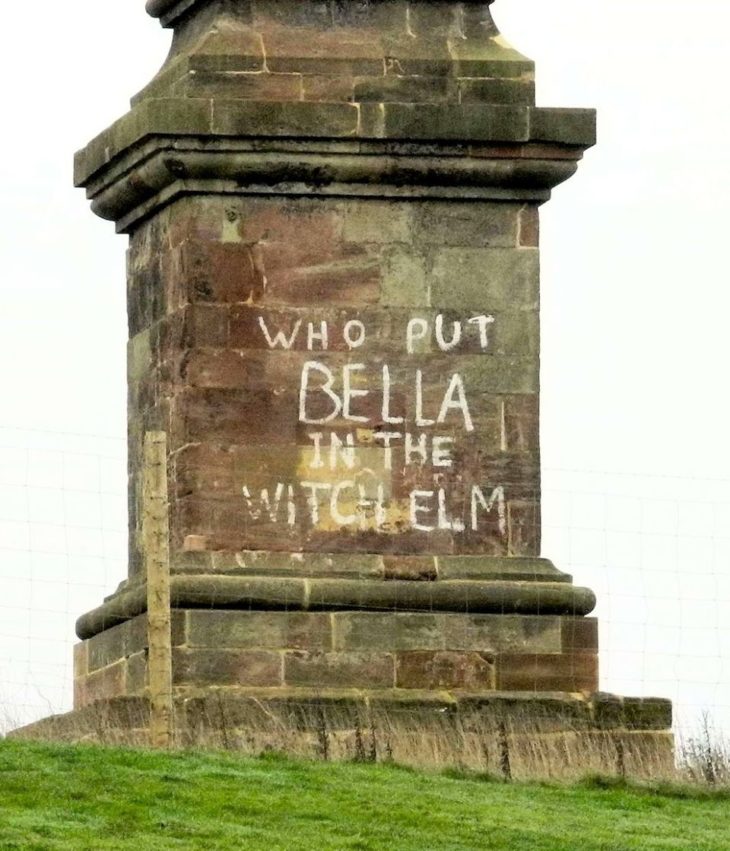 It’s certainly the most famous mystery in the UK but definitely worth mentioning if you consider that the legend first appeared almost 1,400 years ago. According to it, Saint Columba has saved a man from the jaws of a water beast that lived in River Ness, flowing away from the loch, though the beast hadn’t been named until 1933. That was then when Robert Kenneth Wilson published the well-known picture of a dinosaur-like creature in the waters of Loch Ness. The photo turned out to be a hoax but many people still believe that there is definitely something there. The more scientific explanation is that Nessie could be the last of ancient marine reptiles that are believed to have once lived in British waters. 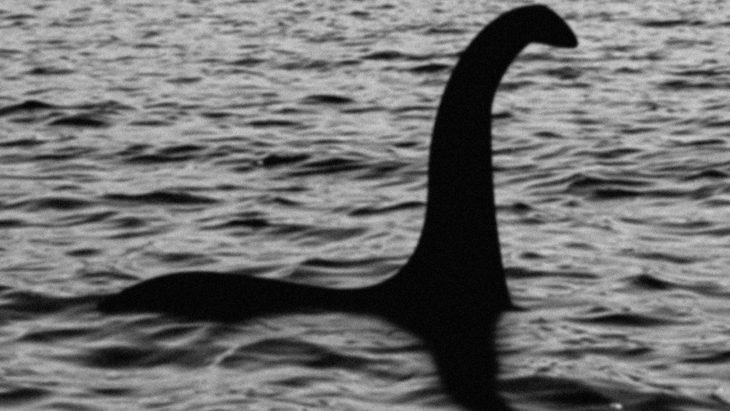 Since around the 1960s over 50 dogs have died as a result of bizarre jumps from this bridge and hundreds more were injured. That’s how the site gained its sad nickname – Dog Suicide Bridge. There were even reports about dogs that survived the crash but returned to the top to repeat it. Their owners claim that it was possible for them to see the changes in their pets who suddenly became agitated, energized or, some say, possessed. There were seven members of the Scottish Society for the Prevention of Cruelty to Animals sent to the site to investigate but they didn’t reach any satisfying conclusions. Many locals are convinced that supernatural forces are present in the area. And it’s not only about dogs – in 1994, a man threw his two-year-old son from the bridge claiming that he was an incarnation of the Devil. Then he tried to commit suicide several times – first, he wanted to jump off the bridge, then he slashed his wrists. 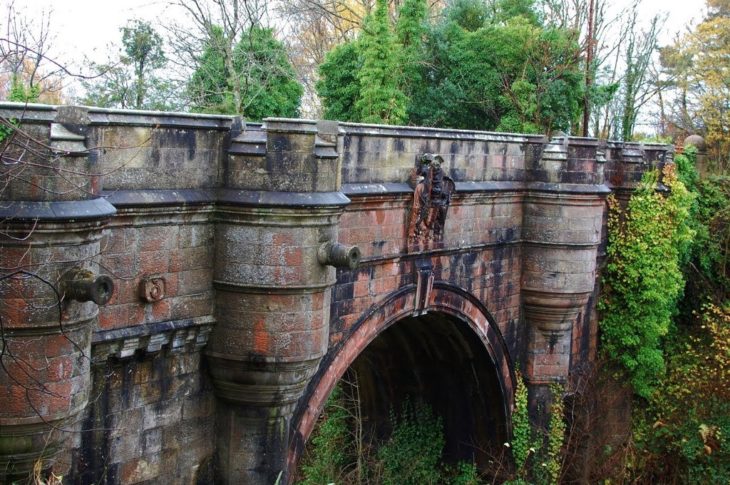 Source: Mysteries Of The World

Between 1977 and 1979 two sisters claimed to have been repeatedly possessed by a spirit of an old man. The rest of the family said that they had also seen hard pieces of furniture moving around by themselves and heard strange repeated noises in the building. Later one of the sisters claimed that things had got worse with objects thrown around the room and her and her sister levitating in the air. Then they both started speaking in the male voice of the previous inhabitant of the house using nasty language and describing his death. A BBC crew wanted to film it all but, due to inexplicable causes, their equipment stopped working. The group of investigators included famous American demonologists Ed and Lorraine Warren (later, both of them and their cases became an inspiration for the protagonists and the plots of The Conjuring series movies). With time sisters admitted that some of the events were hoaxed or made up by them but not all. Also, there were third parties like police officers who claimed to have seen girls levitating or objects moving around the room. 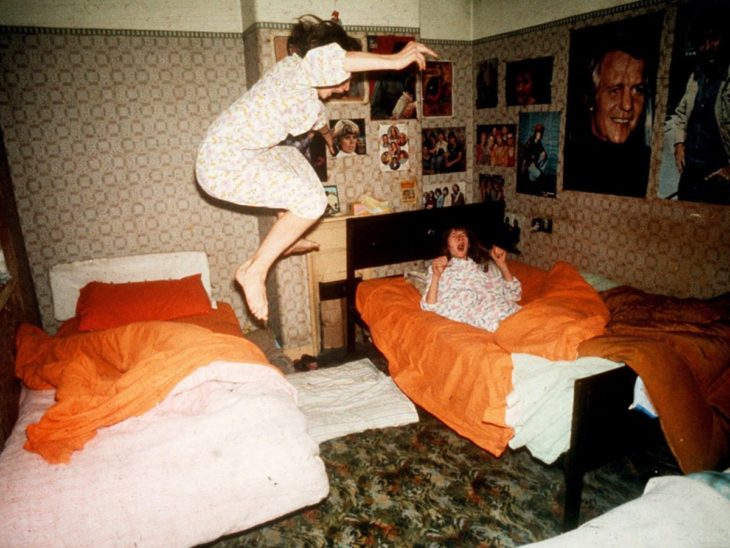 These are only five out of many more unsolved mysteries in the United Kingdom. Feel intrigued and tempted to see these eerie places? There’s no time to waste! Start organizing your own British mystery trip.

5 Great Gambling Nights Out In The UK