As the entire world is waiting in anticipation for the moment when 5G is available on smartphones that don’t cost an arm and a leg, everyone is focused on how much faster this new network technology is going to make the internet connection and, therefore, how much easier everyone’s life is going to get. This matter became the concern of more and more people during 2022 because of the COVID-19 outbreak. The pandemic and lockdown circumstances turned everyone’s attention to how urgently we all need better networks and better smart devices as a life necessity.

In the rush of excitement, most people seem to overlook the potential disaster the new 5G is posing on our planet due to its E-waste.

Many people would be surprised and even unbelieving to this piece of information. As when we talk about a network, in people’s minds, it mostly means software and waves. So, how can it result in producing additional tons of E-waste that can further threaten our environment and our planet?

The threat of E-waste expands beyond control 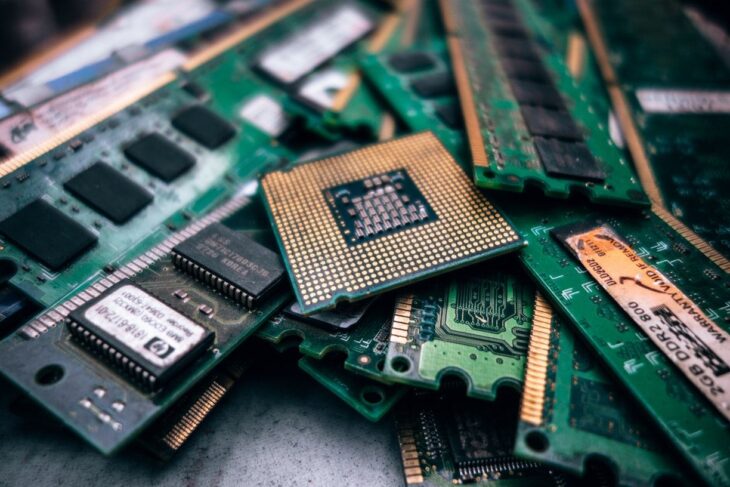 It would be unfair to claim that the E-waste problem is all 5G’s responsibility. This issue started long ago, perhaps with the invention of the first personal computer. Ever since, every disposable electronic device became a part of the E-waste problem that quickly turned, with millions of tons of it produced every year, into a full disaster.

When smaller and more personal devices such as smartphones, tablets, and laptops joined the game, E-wastes increased to reach 50 million tons every year. To put this number in perspective, it is important to mention that according to the UN’s report on E-waste, the entire commercial airline industry has created less waste over the entirety of its lifetime than the yearly amount the world produces of electronic waste.

So, why is this a problem?

Well, as you may already know, copious amounts of plastic goes into making electronic devices, which means that, when these devices are discarded, there are millions of tons of plastic will end up in landfills needing literally hundreds of years to degrade.

Of course, recycling is always the best option when it comes to devices and materials that are not biodegradable. Refurbishing smartphones, tablets, and other electronic devices are one way to recycle old used phones and other items. But, what about damaged phones and devices that are beyond repair?

Some companies, such as QwikFone, also recycle the working parts of these devices and use the parts in refurbishing other phones. This way, more than double the amount of E-waste is saved every year.

However, even with recycling company repurposing old devices, their efforts succeed at recycling only 20% of the electronics industry waste. There still is an enormous amounts of parts, devices, and even accessories that end up as E-waste with no use or hope other than being a burden on our environment. There is no way around it.

With this information in mind, let’s examine how adding 5G to this equation is going to play out.

Adding 5G to the E-waste mix!

For the technological advancements of the human race, there is only one way to go: Forward!

Once 5G is accessible to more people and more devices, the limit to what we can do and what devices we can own with which functionality, is going to be only our imagination!

However, we have to start thinking about the cost and the price that we will have to pay for this lifestyle before we jump into it so that we have enough time to control any unpleasant consequences. 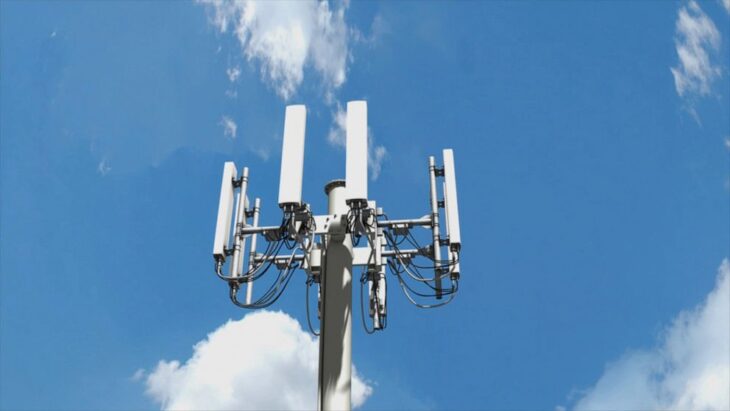 As a technology, 5G is still considered to be relatively new. This is why that most mobile phones that support 5G are extremely expensive. So, why can’t we use the smartphones that already exist in our hands / pockets / purses to use 5G?

Well, the answer to this question is the same answer to the question of why enabling 5G networks is going to have a devastating effect on the environment: The changes that are needed to be done on the network’s as well as smartphones infrastructure in order for both of them to be able to support 5G.

Just like needing specific smartphones that support it, 5G will also require a specific kind of cell towers. These towers will be smaller in size and have a shorter range than its predecessors.

Due to the difference in size and range, the 5G towers will have to be placed closer to each other and in larger numbers compared to 3G and 4G cell towers. The numbers needed to provide 5G coverage are initially estimated by millions.

As you can imagine, the amount of E-waste that will result from such a process is going to be unimaginably enormous. 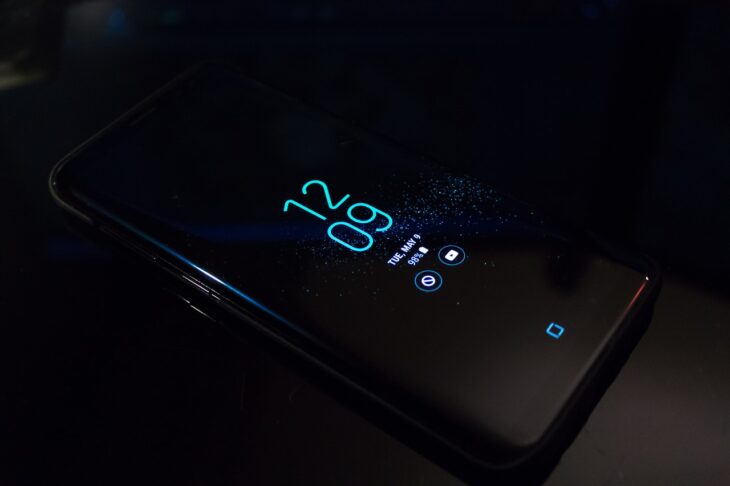 As you must know by now, our old smartphones that support 4G will not be able to work with 5G networks. As a result, every single person on the planet who wishes to use 5G networks will have to buy a new smartphone.

This means manufacturing millions of new smartphones and, while this is good news for the economy in general, this is very bad news from an environmental point of view, not only because of the tens of millions of devices that will be added to the weight of the telecom industry’s E-waste, but also because of the carbon footprint and environmental damage that manufacturing a new smartphone creates.

The average smartphone manufacturer uses 20% iron, 14% aluminum, and 7% copper to make one device, not to mention the amounts of plastic.

While plastic is no issue to find during the manufacturing process as it, in itself, is manufactured, the other materials, which are mostly metals must be mined out of the earth. This means more consuming of these resources which are already limited and running out.

Plastic, on the other hand, poses a threat to the environment later on in the process when its time to get rid of the phone and there is no way for this plastic to degrade on its own. It ends up in landfills where, as the amount increases poses a new threat, but no, to the sources of water near those landfills.

The Internet of Things (IoT) 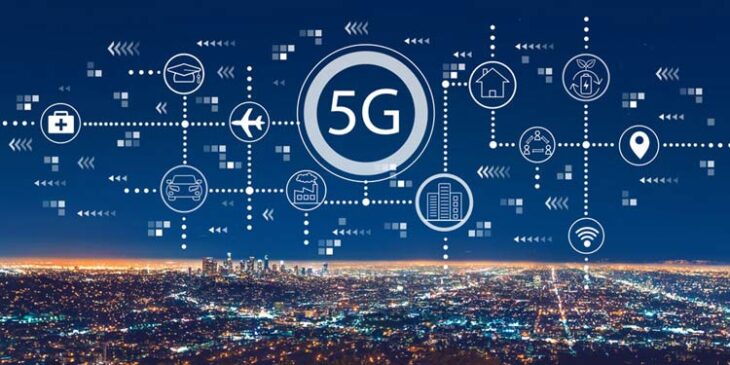 There is much more to 5G than just speeding the internet performance on your mobile phone or computer. The new generation of networks is going to enable new technologies to be connected which will give the Internet of Things (IoT) a huge boost.

As a result for this huge step, the production of networked devices and objects is going to take a serious turn. With 5G, it is possible that within just a few years every single item you use in your day will be networked. So, if you’re thinking that phones, laptops, and home systems such as Alexa are the end of this line, start thinking about getting your car, fridge, and even cutting boards connected to a network thanks to 5G.

As exciting and futuristic this may sound, there is a great price that the human race and planet Earth are going to pay to have this luxury available for millions of people around the world.

Companies responsibility to save the planet 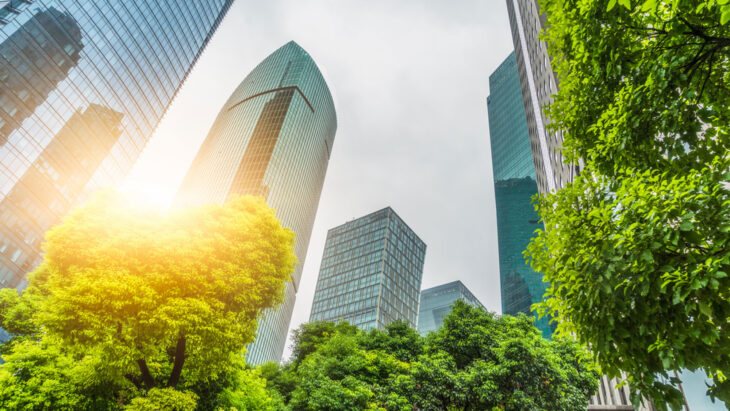 Up to this point, we, as users and consumers, had a hand in helping to save the environment from the negative effects of the telecom industry by choosing to recycle our old devices instead of throwing them away and choosing to by recycled and refurbished smartphones and laptops rather than buying new ones.

Now, however, with the introduction of 5G into our world, there is not much that the average user can do to prevent or even reduce the negative outcome of this achievement.

The responsibility now lies on the shoulders of those who make the decisions of how cell towers, technologies, and devices are going to look like and what materials to use in building these items.

According to researchers, not all hope is lost! There is still room to save the environment from the potential increase of E-waste that comes with the introduction of 5G by building devices and infrastructure that are allowed to be repaired and upgraded for more time than they are now. In other words, slowing down the obsolescence of electronics can help us control the ever-growing numbers of E-waste in the coming years.

There is always a way that allows humans to enjoy scientific and technological advancements while putting a minimum load of its negative outcomes on the planet’s shoulders. The issue has always been whether we, as individuals and organizations, are going to make this decision or take the easy road.

How Does Renewable Energy Benefit A Business?

How To Keep Your Basement Pest-Free For Your...

8 Best Smartphone Accessories & Gadgets That Will...