6 Tips For Having A Wild Adventure

Here at The Frisky, we are of the opinion that every woman needs to have at least one wild adventure in her life. Ideally, she needs to have a bunch of them. But if adventuring is not your style, that’s OK too. One solid adventure will suffice. Who knows, maybe you’ll like going zip lining in the rain forest it so much, you’ll do it again. It’s impossible to make a wild adventure “happen.”

The more premeditated your attempt to force one, the further away you move from the spirit of spontaneity. That is the greatest part about adventure — the element of surprise. Like I said, it’s impossible to manufacture the craziest night of your life, but there are things you can do that increase the likelihood of adventure. After the jump, Frisky staffers share their wild adventure wisdom. 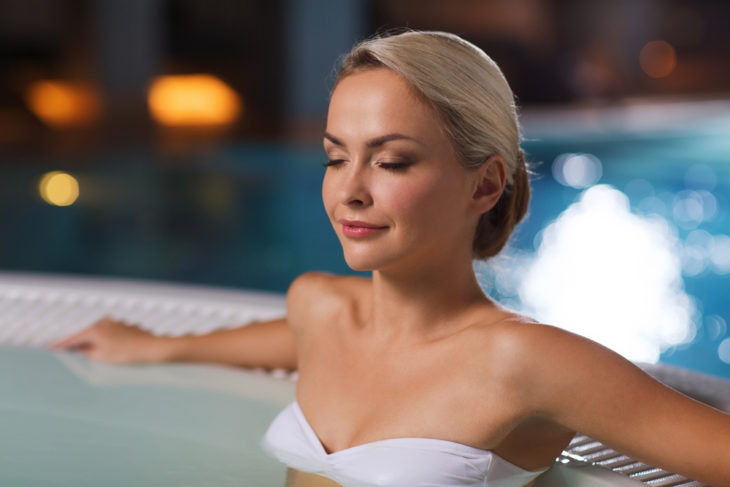 My friends and I decided go to SXSW music festival a few years ago on a whim. That meant we had no badges,which you need to get into most of the shows. Everyone told us we weren’t going to have any fun or see any of our favorite bands. Blah, blah, blah. We rejected that idea and worked harder to find crafty and cunning ways to sneak into shows. We ended up getting into a PJ Harvey/ M Ward/Peter Bjorn & John/ Andrew Bird live taping for public radio. How? My friend Matt hit on one of the girls at the door. He lied and said he worked for one of the radio station’s affiliates. Then managed (I still don’t know how) to get us all VIP passes. There were only about 50 people allowed in the sound stage. After each set, everyone (but VIPs) would have to clear out and new people would get into each show. It was one of the best live music experiences of my life. I was spitting distance from PJ Harvey. I didn’t think it could get any better until I met a hot guy who lived in a loft in downtown Austin. When the shows were over, he invited us all to come hang out on his rooftop and swim in his jacuzzi. – Ami

Ami’s Tip: Say YES to everything. Do you work for our affiliate radio station? YES. Do you need to be in front during PJ Harvey’s set? YES. Do you and your friends want to check out my jacuzzi? YES. 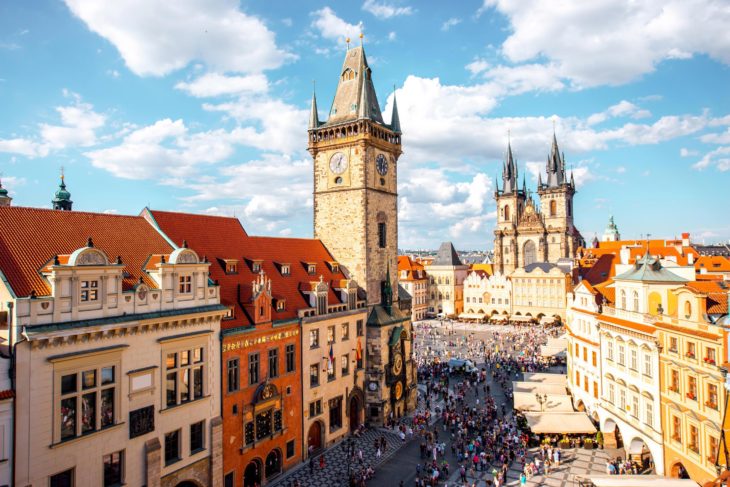 In college I studied abroad in Prague and traveled by myself to Rome over spring break by bus. I spent an amazing week visiting ruins, eating Italian food, shopping at street fairs, and of course, hooking up with a sexy Italian guy in my hostel. But on my last day in Rome, literally hours before I was to board a bus back to Prague, I was pick pocketed and everything I had — passport, my ID, my debit card, my parents’ credit card, cash — was taken. I called the American Embassy to ask about getting a new passport and someone there told me that as long as I had a photocopy of my passport, I could get back into the Czech Republic. (This was before the CZ joined the European Union.)  That piece of advice turned out to be VERY, VERY NOT TRUE.  Fast forward 36 hours later when I’m at the Austrian/Czech border and two burly border guards are telling me in some combination of German and rudimentary Italian that they won’t let me through the border and I have to go to Vienna to the embassy to get a passport. Mind you, I had no money whatsoever — my dad had cancelled our cards and was wiring me some cash, but I didn’t have it yet. I started to freak out about how I’d get to Vienna, where I’d go once I got there, how I’d pay for it, how safe I’d be, and all that stuff. So I started to cry. Finally the guards just let me through. When I got a new passport at the embassy in Prague the next day, the officials were shocked that someone in Rome had told me I could get past the border with only a photocopied passport!

It wasn’t necessary afuncrazy adventure … but it was an adventure. I’m proud that I was able to use my wits and communicate with people who spoke zero English. And I’m super-proud that I traveled alone in a foreign country, even if it ended disastrously. It’s something I’ll always be glad I did! – Jessica

Jessica’s Tip: Don’t be afraid to cry when necessary.

3. You Can Do Anything 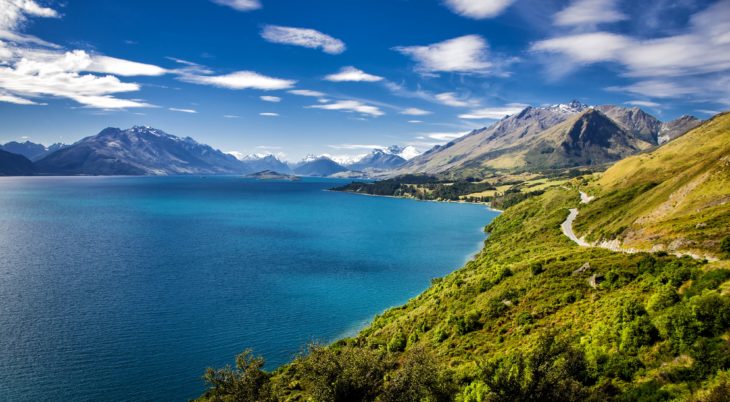 In 2019, I went to New Zealand traveled all around the country. On the second to last day I was there, I did something I never thought I would do — I went skydiving. Maybe it’s just a different attitude in NZ, but it seemed like I had virtually no warning before I was up in a plane about to plummet out of it. Somehow, the whole thing made me feel very calm and not at all scared. I did my tandem jump, and it was exhilarating. And now I think of it anytime I think I can’t do something. “Yeah, but I jumped out of a friggin’ plane!” – Julie

Julie’s Tip: Adventures are great for reminding you that you can do anything. Also, if you ever do go skydiving, try and keep your mouth closed. The air is COLD up there. 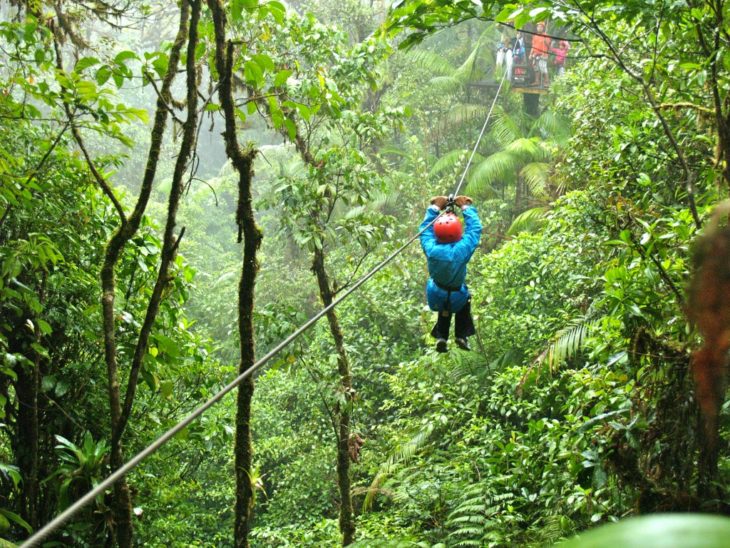 The first time I traveled alone I went to surf camp in Costa Rica. This was an adventure for me on multiple levels, in that I was traveling alone for the first time and was finally tackling something I had always wanted to do but was terrified of. I was going outside of my comfort zone literally, physically, and mentally and there was part of me that wasn’t sure if I would enjoy myself. Would I be bored without company? Would I be able to make friends with the people who were there? Would I be strong and capable enough to brave the waves? What if I sucked? But it turned out to be the most gratifying travel experience of my life because I pushed myself on so many levels. – Amelia

Amelia’s Tip: Remember that, in a way, you can be whoever you want to be when you’re on vacation. The person I wanted to be was someone without fear, who was confident enough to make new friends but secure with spending a lot of time alone. Turns out that person was inside me all along and the trip just helped me find her.

5. Be Okay With Being Afraid 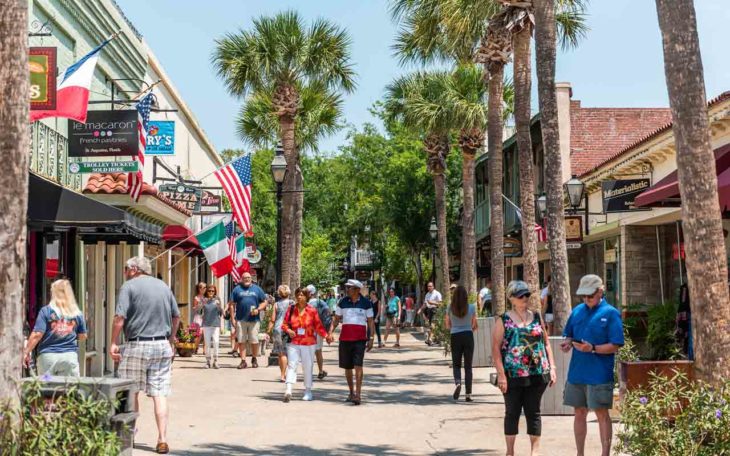 My dad always regaled my brothers and me with stories of his crazy childhood in southern Florida. It took me 25 years to finally convince him to return to his homeland and take us along for the ride. Even though I’m deathly afraid of bugs, reptiles, heat, and people who hang out in drainage ditches late at night, I spent five days exploring the everglades and facing every single one of those fears (and more!). We hunted pythons, stalked 12-foot alligators in swamps alongside the highway, nearly passed out from heatstroke, and were attacked by horseflies the size of my fist. At one point we were hiking along a trail when one of my brothers spotted a black snake in a shallow pond. Before I knew it my dad was diving into the water and came out holding a water moccasin (a deadly water snake). He asked if I wanted to touch it, and even though my heart was pounding out of my chest, I reached out and felt its smooth scales. The whole experience was crazy and terrifying and totally, utterly unforgettable. – Winona

Winona’s Tip: Go out of your way to do something that scares you. What doesn’t kill you makes you awesomer.

I had a puppy with my last boyfriend. We were both total idiots and never took anyone’s advice about putting her on a leash. Long horrible story short: She was hit by a car right in front of me. I was distraught. After the death of my puppy and my relationship, I decided to take off for Hawaii, because I guess I sorta felt life was too short and it was time to have an adventure. I took a huge backpack and filled it with all kinds of crap I thought was necessary for life; outfits for daytime and evening, a make-up bag, sneakers, flip flops and heels (hey, ya never know!) and a tent that I had never used in my life. I wanted this trip to be completely unlike any other I had ever taken. I wanted to be completely wild, uninhibited and have no obligations. So, I bought a one-way plane ticket to The Big Island and made no accommodations (well except for the tent). When I got there, all I had was me, myself and I and that damned heavy backpack. Within three days of walking aimlessly for miles, crying myself to sleep at night because I was afraid of being alone in a tent in the dark, hitchhiking with complete strangers, swimming nude on a black sand beach and making friends with an older lady who called herself “the dolphin dyke”, the contents of my bag had been reduced to one pair of sandals, two pairs of bottoms and three T-shirts. That’s all I had for the rest of my two months in Hawaii. – Tiffanie

Tiffanie’s Tip: Don’t be afraid to let most of your baggage go.

OK, we’ve told you about ours, now we want to hear about yours. Share your wild adventure stories and tips in the comments!

10 Grown-Up Things Every Woman Needs For Her Home