A month and a half ago, I went to France for a week and while I was there, I took a French lover. He was a 24-year-old waiter that I met at the first restaurant I had dinner at and he didn’t speak any English. Don’t judge me (unless it’s for being awesome). I took two years of French in high school; he and I were basically equally as fluent in each other’s native tongue, which is to say, not fucking at all. As a result, we could only communicate in two ways: through the language of love, wink, and with the aid of Google Translate. In honor of Wanderlust 2022, and to encourage you to have your own foreign affair  someday, here are seven extremely simple topics my French lover and I were able to discuss thanks to Google Translate. 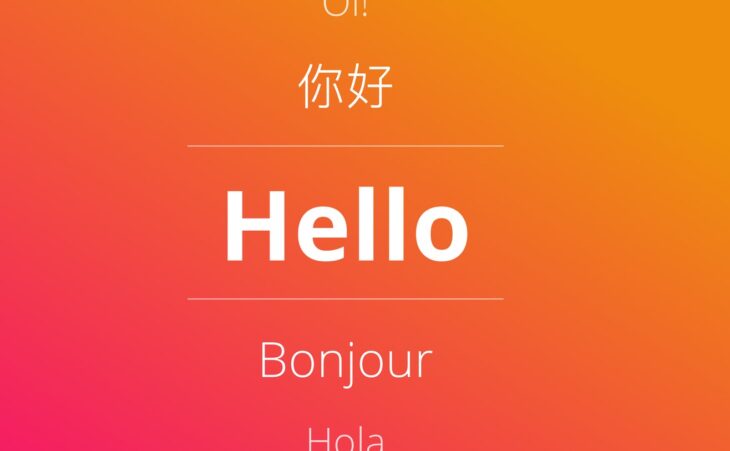 Google Translated: “I want to make love to you like an Apollo.”

I Understood: Like the Greek god? So, from what I remember, Apollo is the Greek god of music and poetry, not to mention the most handsome of all the gods. Oh god — sorry — is he going to try and read me poetry? Please no. Been there, done that. Maybe he thinks of Apollo as being representative of all gods and he’s saying his lovemaking abilities are God-like? Regardless, he thinks rather highly of himself doesn’t he? But I suppose I should have realized that when he licked his fingers and rubbed his own nipples like they sizzled.

Google Translated: “On my Facebook, I am 22 because my ex-darling is 19 and we not want to make her parents angry for being too old. But in the real life, I turn 25 in June.”

I Understood: Phew! My fear that he is actually underage based on the discrepancy between how old he told me he was and how old his Facebook profile says is unfounded and there’s a semi-reasonable explanation. Thank god, because I really want to be able to go home and brag that I fucked a hot 25-year-old French waiter, not hide the secret shame of accidentally fucking a, like, 17-year-old high school student. Also, “ex-darling”? Most adorable term of endearment for an ex ever. 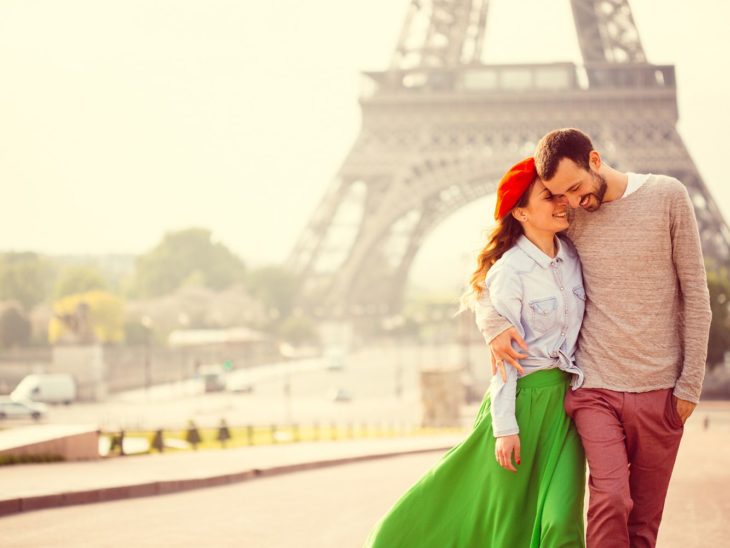 Google Translated: “On me, she cheated and become pregnant. Then had an abortion. Slut!”

I Understood: At first I thought he said he had impregnated her and then was mad she had an abortion. And I was like, “Dude, she was 19. And you’re a waiter at a restaurant so empty that I was able to dance around the kitchen in just my bra so I know the tips aren’t good. Plus, you live with your mom, so maybe you can’t afford a baby either? Also, it’s her body!” But then he was like, “No, no,” and Google Translate stepped in and confirmed that she had cheated — the salope! –  and gotten pregnant and it all came together. Coming down from my pro-choice soapbox now, kind of hard to make out from up here.

Google Translated: “Let’s go out dancing! We go to a club, it is called Queen. It is a gay club. They play very good music! Yes?”

I Understood: Um, a straight dude who wants to go dancing at a gay club? Can we please import some of these to the U.S.? How do you say, “You are SO not a homophobe” in French? Ahh, here it is. “Vous êtes donc pas homophobe!” I love this country! 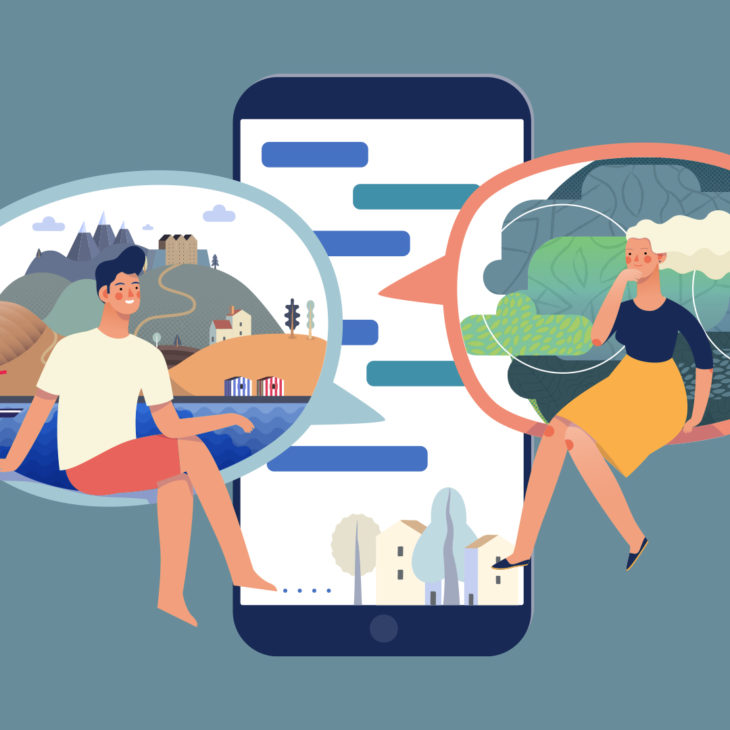 5. Sex Ed In America Vs. France

Google Translated: “Americans, they have the AIDS. America is where AIDS is.”

I Understood: Oh cool, there’s nothing I want to hear more than “the AIDS” when I am half-naked at a flea bag motel in the Pigalle with a guy I’ve been sleeping with — using protection, thank you very much — for the past week. Music to my ears. Thankfully, the only thing he actually has is an extremely poor understanding of basic sex ed. AIDS is everywhere (“The AIDS est partout!”), not just America and that saying that every American girl has AIDS would be like me saying every French dude has herpes. That’s just rude, right? Still this was a good opportunity to re-clarify that neither of us has any STDs.

Google Translated: “I read. Today, I read Siddhartha. By Herman Hesse. I like!”

I Understood: Is he trying to impress me? Did he look up a big, important book to say he’s read? If so, wrong book, as I haven’t read Siddhartha. Oh come on, Amelia. Give him the benefit of the doubt. What’s Siddhartha about? Do tell, mignon. 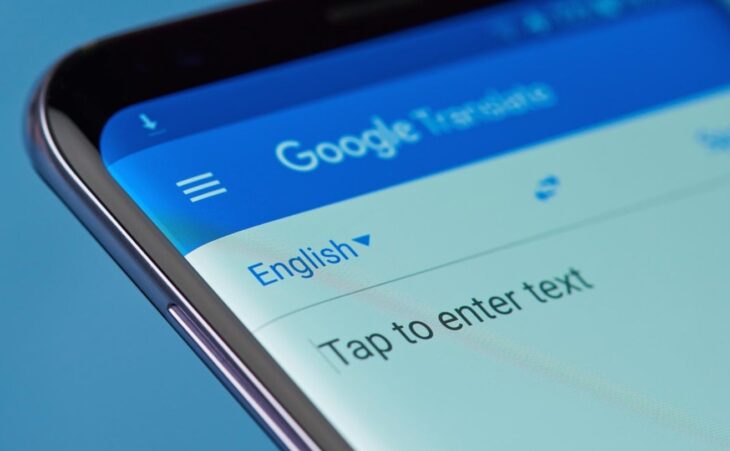 Google Translated: “Yoo-hoo! I had an accident with my car is dead! And then I’m kicked out of my work! That’s life. I stay in a coma for four days! Nothing serious. Artificial traumatic coma stage 2! All okay now! The main thing is that I remember from my past.”

I Understood:Sooooo, let me get this straight. He hasn’t responded to my email about the plot of Siddhartha because, first, he got fired from his job at the mostly empty restaurant. Then he got in a car accident that totaled his car and resulted in him being in an artificial coma — stage 2!!! — for four days. But all is okay because, wait, what? He remembers his past? Like, past lives? Oops, no, actually, passé also means “password” in French. In other words, the good news is, DESPITE THE STAGE 2 COMA, my French lover managed to remember his password so he could write me back. That’s what he means, isn’t it?

Google translated: “My flat is a whorehouse.”

I understood: Hooold your horses… Is he calling me whore? What a subtle way to make a girl feel special. It made me think how and why the hell did I started this soap opera in the first place. I meant to have a French romance, while judging by what he says, I got a whole Spanish soap opera. And there I started boiling. Who is he calling a slut??? I’m not the one going from flower to a flower, being picked up by random tourists, as if I was a city map. There’s much more of a drama that kept developing in my head, until, finally, I thought of double-checking what he meant, by using yet another online tool… a synonym search website. It turned out that the French use the same word for a whorehouse (“bordel”), as they do for “the apartment” …

That was the moment I realized – poor guy just wanted to have a decent closure… to invite me for a final get together before I left, to be a decent host. And there I got carried away in the thought he wanted to insult me for leaving him, that he felt like a wounded animal (like I said, Spanish soap-opera) and strike where he thought would hurt the most. When all he wanted to say was: “My apartment is a mess, let’s meet somewhere else.” 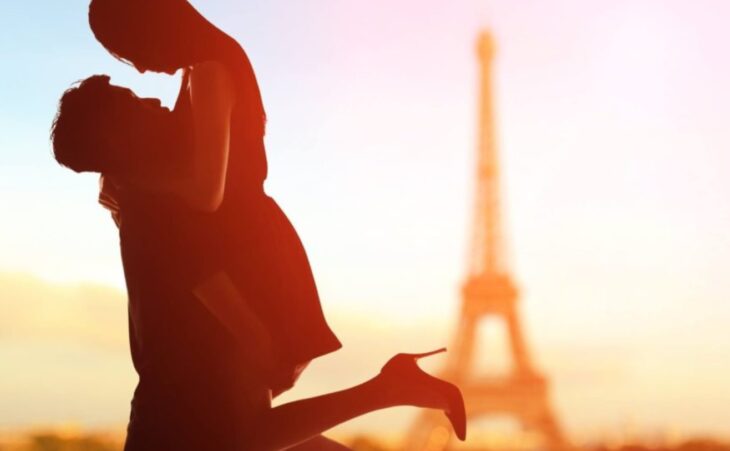 So, to conclude… And this goes out to all of you travelling to France hoping to find a romance, learn from my mistakes. Follow this site to get decent translation while searching for what you hope to find in this beautiful country. Save yourselves the misery. And one more thing, keep your head cool, it’s a completely different mentality out there, don’t get carried away and all emotional about everything they say. Like in my case, it might just be a matter of expression.

Girl Talk: How I Look At Myself In The Mirror These Days

Girl Talk: Why Does My Success Send Men Running Scared?