7 Ways To Destroy A First Date

You know the basic first-date don’ts by now: checking your phone, talking about politics, bringing up your ex, etc. But a new survey from Match.com revealed that these aren’t even the rudest things you can do on a date. The number one first-date killer? Lighting up a cigarette.

According to the survey, 51 percent of single men and women said that smoking on a first date was the ultimate dealbreaker. And, it’s not just non-smokers that don’t want you taking a puff. Turns out, 60 percent of smokers don’t even want to date someone with the same habit.

This got me thinking about the other behaviors that have instantly destroyed first dates. The immediate mood-killers. The moments where you go from ‘This is going so well!’ to ‘I want to go home. Now’. The behaviors that you may have not realized were dealbreakers, but when push comes to shove, and he just freaked out at the waitress for not bringing him a lemon, you know there will never, ever be a second date.

Below, men and women reveal the cringeworthy moments that killed date #1. 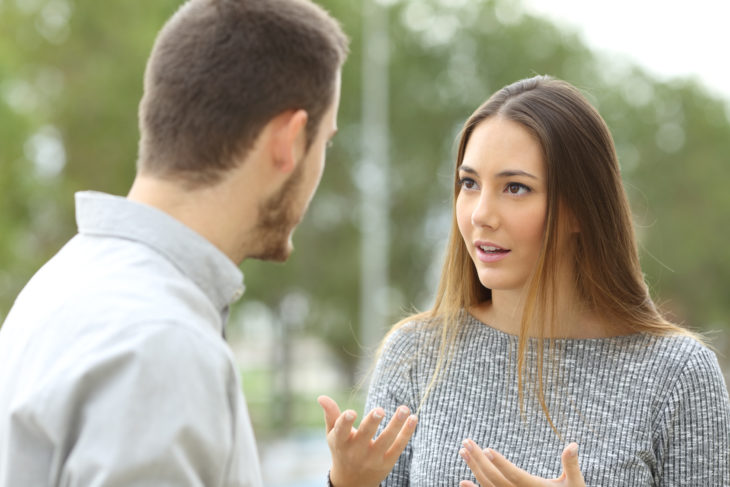 We all overreact. But, when you’re first getting to know someone, and their response to something you say is so extreme, it can be a total turn off. And in some cases it’ll destroy the date.

I once went on a date with someone who couldn’t get over the fact that I was a vegetarian. I didn’t think it was a big deal because we were at a restaurant with plenty of options. And, I wasn’t complaining, I just mentioned it when we started talking about food. He suddenly became noticebly stressed and started asking things like, “what do you even eat?”. As many times as I tried to change the subject, he repeatedly brought it up.

And it’s not just our food choices that have our dates acting irrationally. “I once mentioned to a girl that I was thinking of moving back home (30 minutes away) for a year to save money, and she first showed utter disgust and then almost broke down in tears,” says James, 26. Her reaction to his news was a red flag, and he never did move back — or call her for a second date.

Read more on Your Tango…