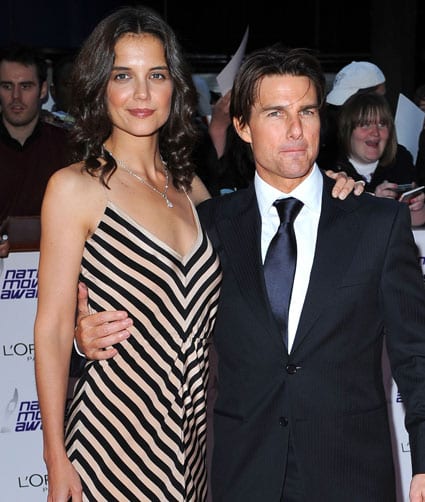 When I was a kid, I was a bit confused by the word “thespian.” I watched adults say it with a certain swish of the hand. Did it have something to do with drama or was it a sexual orientation? Now, I’m older and I get it. But I do think it’s interesting that the theater is known as place with a higher representation of gays—except of course in Hollywood. Where everyone is totally straight. Straight! And in happy marriages! Jumping-on-Oprah’s couch happy, OK!!! Yep, we can’t be sure of course, but some have alleged that Tom Cruise and Katie Holmes got married to mask the fact that he prefers men or is just straight up asexual.

Ahh, the classic lavender marriage. After the jump, more suspected marriages of convenience and a history of how this type of faux relationship came to be. 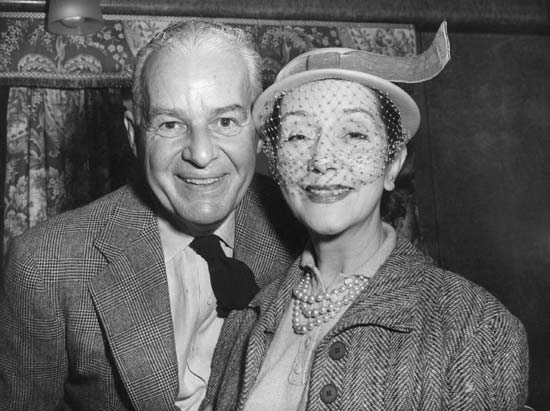 Celebs today know the headline power of marrying other celebrities. But this practice started with the anti-gay Hayes code in the 1930s. Under the code, homosexual activity became grounds for blacklisting actors. “Hollywood tolerated sexually adventurous lifestyles, but most of the rest of the country did not. The studios had to bow to the consumer. If you wanted to work, you did what they said,” explains Laurie Jacobson, author of Dishing Hollywood, an expert on Tinseltown’s faux marriages. The Hollywood lavender marriage—a pairing for convenience, magazine covers and maintaining closets—was born.

Back in the day, stars could live their entire lives without being outed in this way. Alfred Lunt and Lynne Fontaine (above), as GLBTQ.com reports, maintained the facade of a perfect couple, gracing the covers of magazines like Ladies Home Journal while in a lavender marriage. Magazines showed the pair as domestic homebodies and they took the secret to their side-by-side graves. 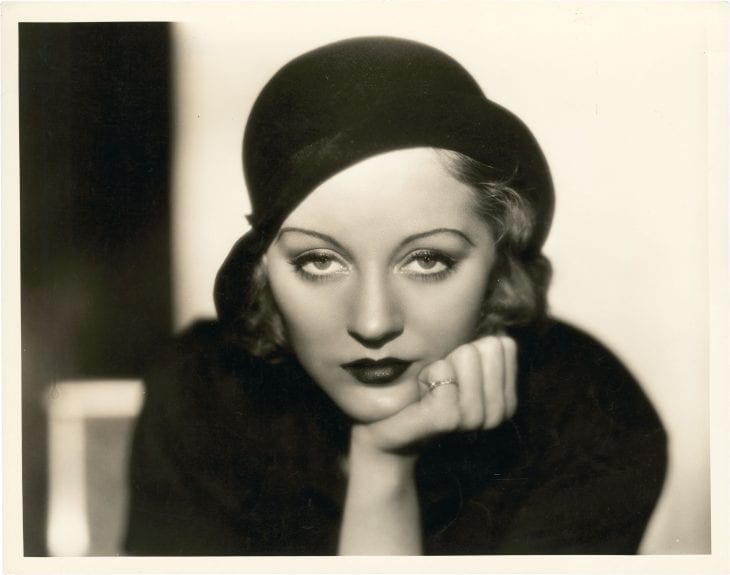 In the headlines, Garbo and Dietrich were fierce enemies. But as legend goes, that coldness was because of a bad-ending affair. An affair I can only assume included a lot of fabulous fur wearing and aggressive cigarette smoking. Tallulah later entered into a lavender marriage with actor John Emery (right), to please her family as well as studios. But eventually she settled in a relationship with fellow actress Patsy Kelly. Garbo never married, and from her now published personal letters it seems she never got over her first love, Mimi Pollack. She wrote: “We cannot help our nature, as God has created it. But I have always thought you and I belonged together.” 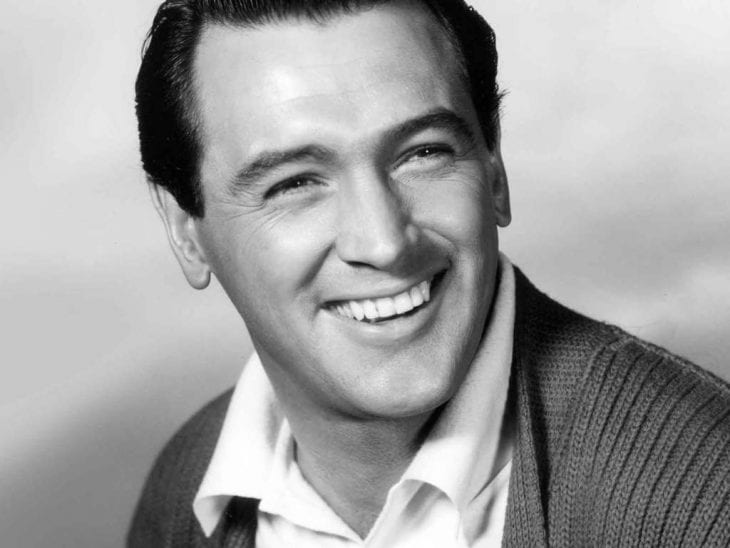 Rock Hudson is perhaps the most famous example of lavender marriage. “Rock was forced into marriage with a woman to quash the rumors of his homosexuality” says Laurie. The studio was desperate for a quick fix, setting him up with the company secretary. 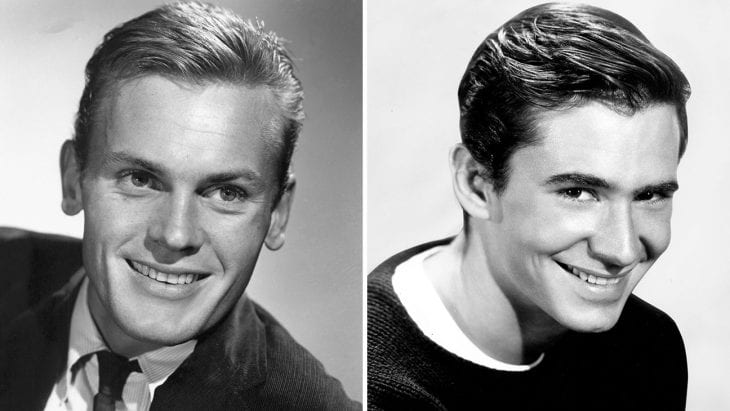 “Tab Hunter and Tony Perkins lived together until employers condemned them. Perkins underwent shock treatment to ‘cure’ him,” says Jacobson. Perkins later married a woman and had children. 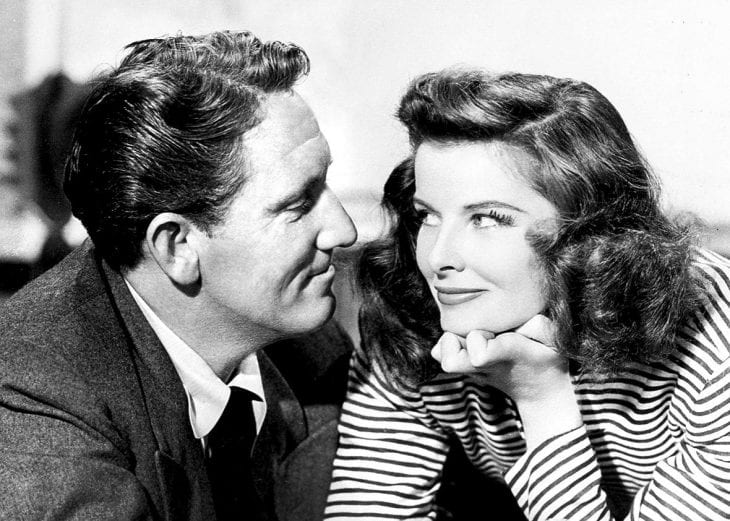 Jacobson also reports that Katharine Hepburn and Spencer Tracy could not live without one another; but she had a woman on the side for decades. “And, Spencer’s big love was booze. When intoxicated, he often received oral sex from men.” James Dean didn’t enter into any shade of marriage, but Anderson says he lived with a woman while he had sex with men. “I don’t think he lived long enough to know what he was definitively.” 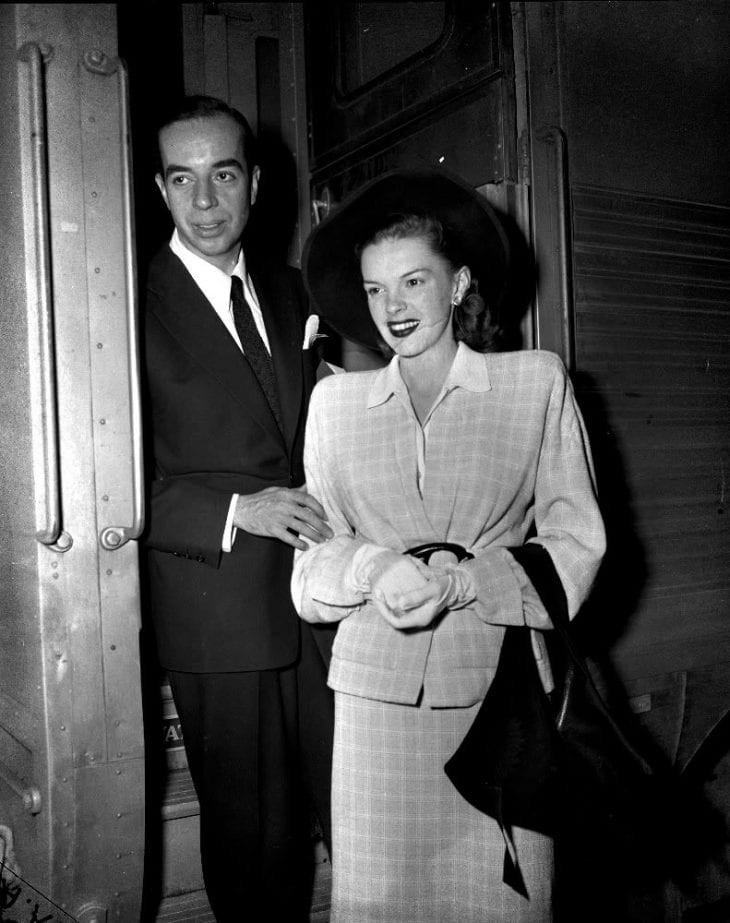 Liza Minelli is famous for her many gay fans and her many marriages to gay men. Liza’s Mom, Judy Garland was another great another gay icon, Okay, this is where it all gets tricky.

“There’s a deep history of gay men and marriage in Liza’s life. Her grandfather, Judy Garland’s father, caused his family shame with his homosexual dalliances; but showed Judy a gentle, unconditional love she never found with her mother. Judy craved that kind of love for the rest of her life and married more than one gay man in search of it,” says Jacobson. Judy Garland was happy for a time with (gay) director Vincente Minelli, Liza’s father. “It wasn’t about the sex. They spoke the same language. There was love and empathy. That’s why, years later, Judy urged Liza to marry a perfectly wonderful guy who was a dancer in Judy’s show, Peter Allen. What did it matter if was gay? That didn’t mean they couldn’t find happiness together,” says Jacobson.

This has also caused people to speculate about Liza’s sexuality (consensus says bisexual.) But Jacobson says when Liza was married to Jack Haley, Jr., she went through a very promiscuous period with other men. Just sayin’. 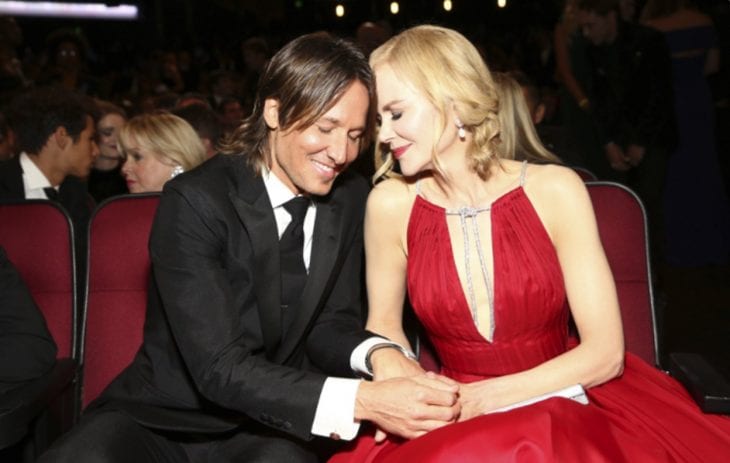 Today, celebrities don’t need the Hayes code—they’ve become their own agents in marrying for headlines or cover-ups. As more stars come out, maybe this will lessen, but right now it’s de riguer. Jacobson explains: “When Anne Heche moved in with Ellen DeGeneres, she was set to star opposite Harrison Ford in a movie. Producers and critics questioned whether or not she could be convincing in the role now that she was in a lesbian relationship. That is why we still have the lavender marriage.”

Several celebrity marriages are suspected of being a tad purple—though it’s speculation, of course. Ahem, Nicole Kidman and Keith Urban. 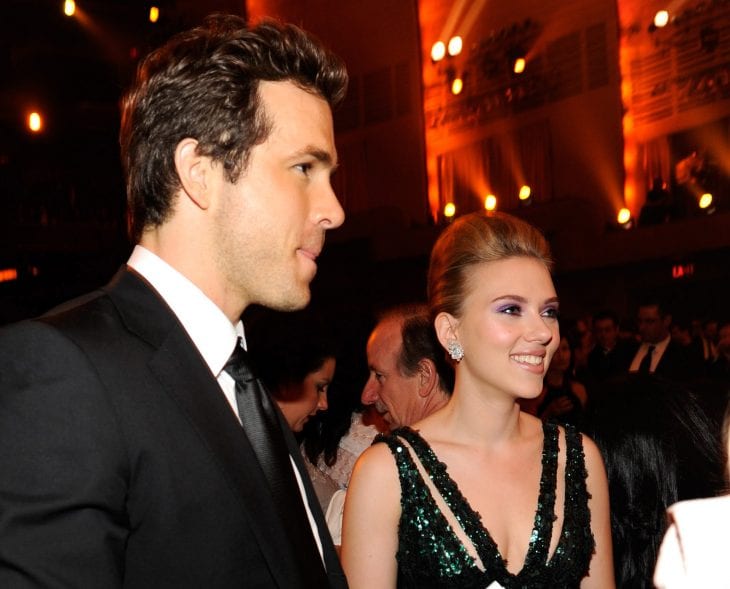 Scarlett Johansson and Ryan Reynolds sounded my lavender marriage radar—when someone claiming to be your hairdresser outs you in the comment section, I kinda believe it. But because celeb-pairings grab headlines, whether or not it’s done because of orientation is up in the air. After all, according to Slate.com, Jennifer Aniston had her publicist call Brad Pitt‘s publicist to ask for a date. Marrying for headlines has become, simply, a good career move. With any hope, understanding the gay history of Hollywood-past can open doors and embolden modern stars to come out.

Nesting: I’m Back, Baby! Check Out How I’ve Decorated My New Bedroom

10 Reasons Gray Beards Are Coming Back in...