As with most professional fields, working in media has its own unique set of obstacles that apply to everyone but invariably hit women harder. Being disrespected as an anchor on live television is bullshit no matter who you are or how you slice it, but the constant disrespect towards female news anchors is off the charts.

In a face-palm inducing recent incident, a Houston news anchor was called “unAmerican” after saying “Buenos Dias” during a Sunday morning newscast. Apparently, the anchor, Mayra Moreno, received a barrage of complaints from listeners who claimed her use of Spanish was “unAmerican and uncalled for,” especially on Memorial Weekend. Not willing to sit down and accept the ignorant criticism, Moreno posted on Facebook expressing her disappointment at the backlash, and aptly pointing out the hypocrisy of listeners by saying, “Didn’t realize that in this day and age a simple 2 word phrase would upset some people. ‪#‎WeAreAllAmerican‬‪ #‎LetsStopTheHate‬ ‪#‎HispanicsAlsoDiedForAmerica‬.”

The Reporter Who Was Asked To “Cover Up” While On Air

In a story that proves that years of experience as a meteorologist won’t stop women from getting their clothes policed, Liberte Chan, a weather reporter at Los Angeles’ Tribune Broadcasting was ordered to put on a cardigan because her dress was “too distracting.” Jesus Christ. Chan insisted later that her co-workers were simply playing a joke on her, that she went along with, but it was still incredibly offensive.

The Canadian broadcaster Shauna Hunt operated like a steely badass when she heard idiotic male soccer fans yelling about “fucking her in the ass” while they was conducting an outdoor interview. Her response was great, but the fact that she had to deal with that in the first place is disgusting.

Sometimes, enough is enough and it’s time to call it quits. While this video may not show the span of bullshit the KTVA reporter Charlo Greene dealt with, she was obviously done playing the role of the smiling news anchor when she quit on air in the middle of a broadcast about marijuana. She revealed that she was the owner of the Alaska Cannabis Club while quitting, which explains a lot.

The Time A Newscaster Was Murdered On Air 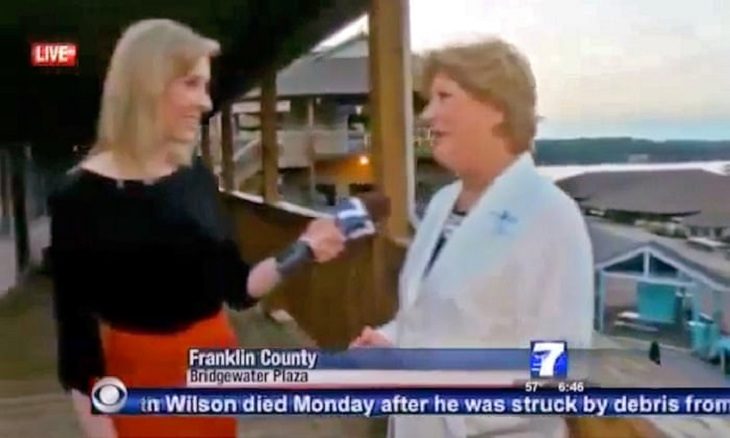 This is an extremely dark turn to take in this list, but the issues of news reporters receiving harassment sometimes escalates into full-on violence, as was the case when Virginia newscaster Alison Parker was shot during an interview. I’m not attaching the video for trigger-warning reasons, but, fuck.

The Reporter Who Dealt With A Random Idiot Interrupting Her

All too often reporters deal with annoying people on the sidewalk yelling out nonsense and interrupting their broadcast. Unfortunately, it happens more with female reporters as they’re perceived as “less of a threat.” In this clip you see the reporter is fucking done with random men harassing her.

The Reporter Who Was Groped On Live Television 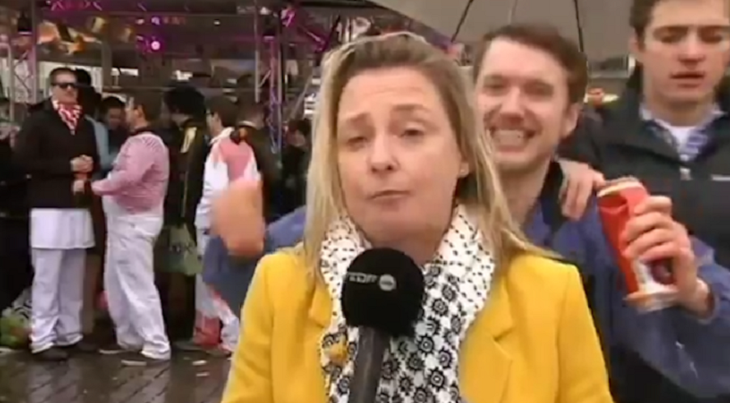 While reporting the annual street Carnival in Cologne, a female reporter was not only gropedon the air, but taunted and harassed by a group of drunk men. Because there were plentiful police officers on the premise she assumed they’d step in, unfortunately she had to yell at and shoo off the men on her own.

The Time A Sports Reporter Got Hit By A Football 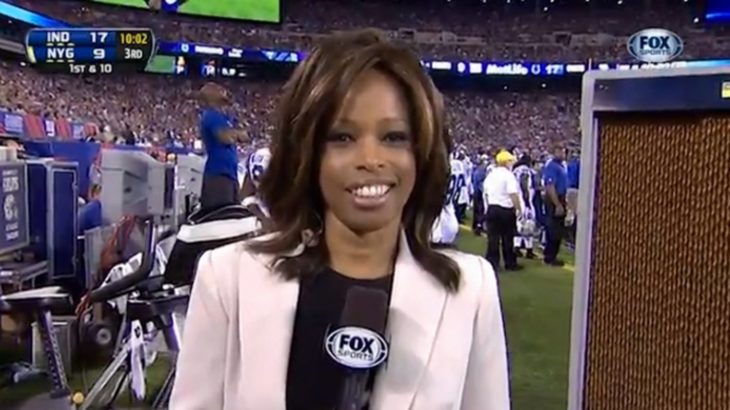 The Fox sports reporter Pam Oliver was forced to spend five days recovering after she got hit by an errant football during a pre-game report and suffered a light brain injury. The football was thrown by the quarterback Chandler Harnish who was apparently unaware there were people without football gear, you know, doing their jobs.

If anything has me feeling #TGIF, it’s this list.