Lambert the sweet lion hasn’t had the easiest life. A family who had illegally purchased him and then decided they didn’t want him 3 months later, gave him up to a rescue at In-Sync Exotic Wildlife Rescue and Educational Center in Wylie, Texas.

Lambert was born and raised into captivity which means he can not be returned to the wild. The center’s director Vicky Keahey says that when Lambert was first brought to the center, he showed signs of anxiety and discomfort in his enclosure. She asked the [previous] family what his habits were and found out that Lambert slept in a bed with the grandfather every night – enclosed in blankets.

Vicky decided to try and do the same to create comfort, and sure enough Lambert soon became happy and contented as seen here: 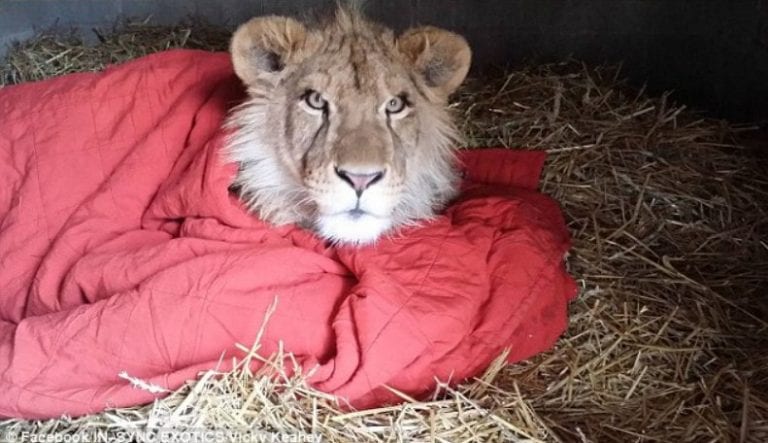 Brace yourselves with these pictures and try and see if you don’t completely identify with this lion as you Netflix alone in bed every weekend. 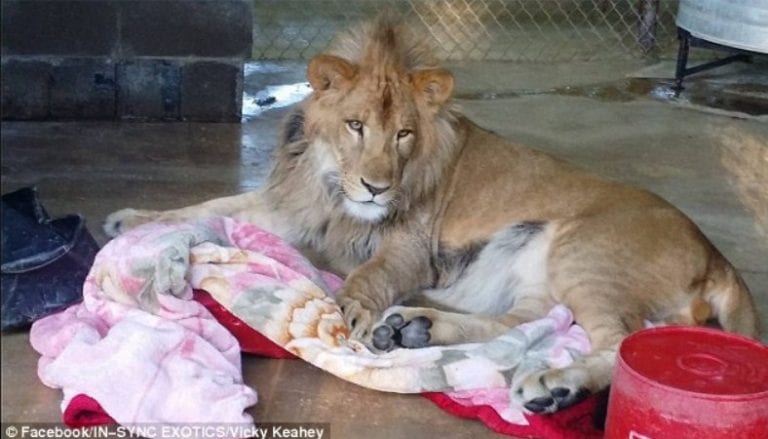 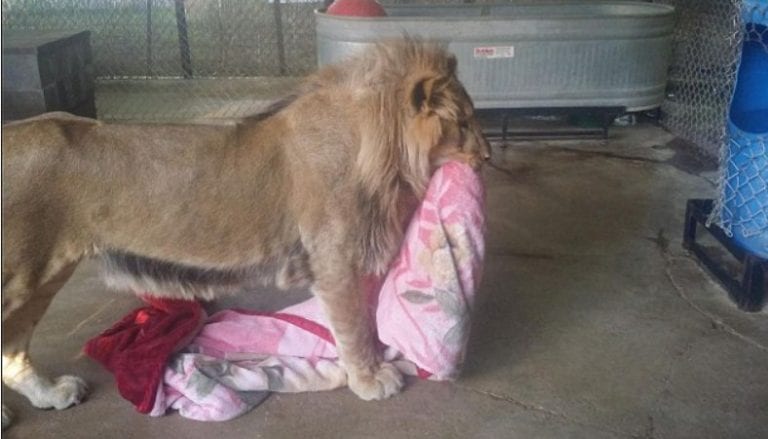 Vicky now always makes sure Lambert has blankies with him.

It’s Not Over Until The Opera Singer Farts

A Father And Son Sexually Assaulted A Woman Together, Giving A Disgusting New Meaning To “Family Time”