Armando Cabba is a Canadian contemporary artist primarily recognized for his portraiture. From his stunning depictions of his models to his emotionally loaded self-portrait series, Cabba’s work is gaining international recognition. To make the common comparison of him to the iconic painters of the past would be an insult to the man’s talent.

No matter which painting you’re looking at, there’s a high level of intimacy stored in every brush stroke. A colorful story that’s more felt than seen. Looking into the eyes of his subjects and himself, we’re experiencing the artist’s true feelings through fragments of his life. In an age where we are beginning to see Artificial Intelligence being more present in the creative process, Cabba’s work remains deeply human. 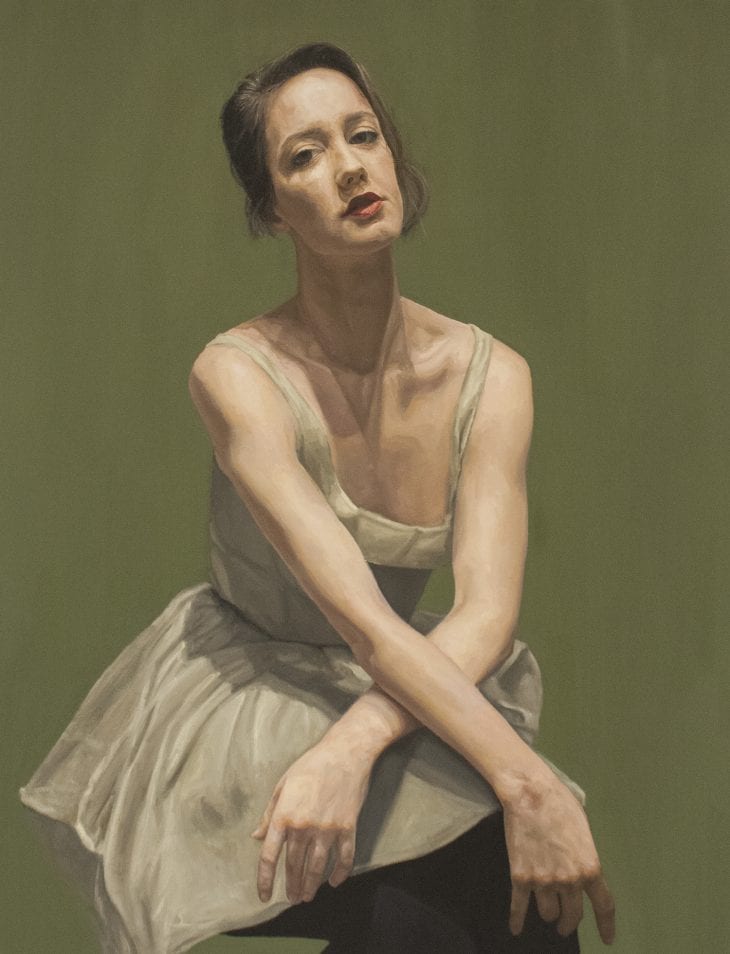 The young master in the making started painting by accident as he’s said in interviews. He grew up wanting to be a musician but ended up in his high school art class due to a failed audition. An undiscovered passion came to light as he began to invest himself more with every piece. Immediately after graduating high school, Cabba was accepted into the Fine Arts program at Dawson College where he built his technical and conceptual foundation. Leaning towards traditional painting, his love for portraiture expanded during his years at Concordia University. Shortly after, Cabba made the switch from acrylic to oil paint which gave birth to his realist style.

There’s a visual harmony formed in Cabba’s portraits. Unlike other realist portrait painters, Armando’s technical ability isn’t used to compete with cameras. The painting remains painterly as opposed to trying to be hyper-realistic. The attention to light and shadow, the care in each strand of hair, and the eyes that look back are all beautifully handled. The longer we observe, we notice the bumps of texture formed by each stroke. Some areas are purely an abstract collage of colors that make up a realistic form. 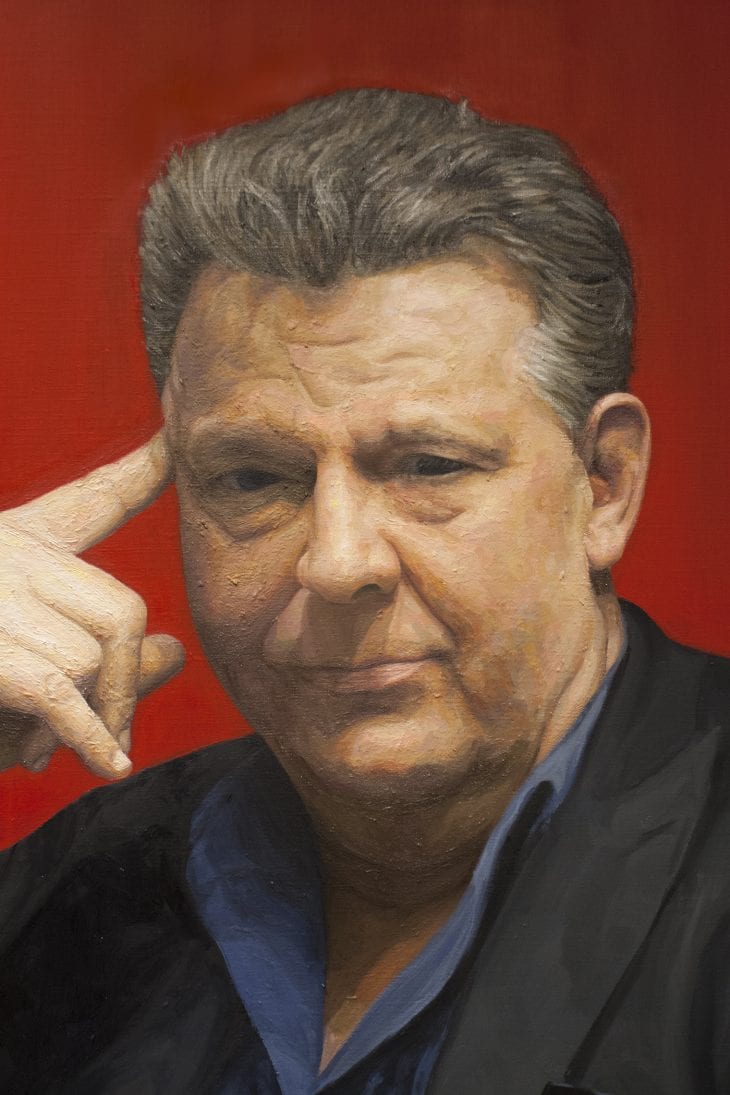 Contrary to most realist portraiture we find on social media, there’s life in each one of Cabba’s paintings. We feel we know the subject personally to the point we can put together details of their lives. It’s the eyes that blow us away. An artist’s gaze is usually heavily present, yet we feel included in the artist’s world and his subject is interacting with the viewer.

Once he finished his degree in Montreal, Armando Cabba arrived at the doorstep of one of the privatized expatriate academies in Florence, Italy. The artist was not your average student considering he was in numerous shows and art fairs in North America and Europe. Creative tensions followed which pushed him to pursue his career independently. Once in his own studio without any attachments, his self-portrait series began. 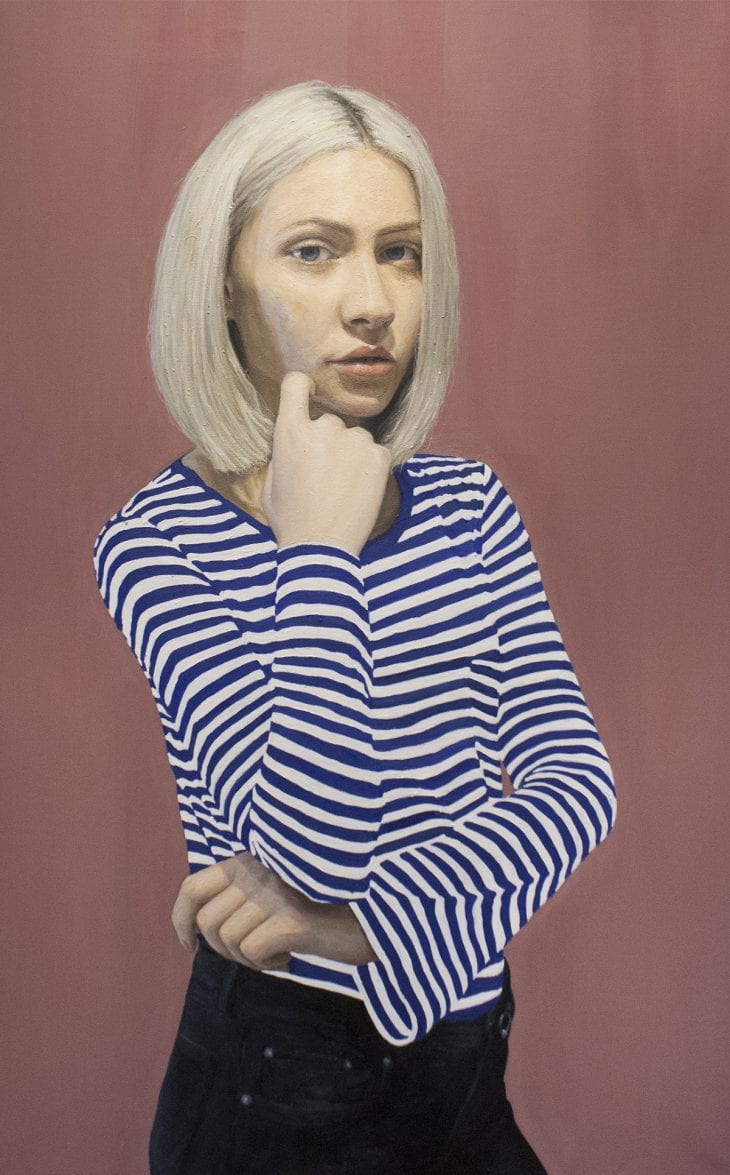 We’ve seen Cabba’s outside perception of those around him and now we’re getting a glimpse of how he sees himself. In comparison to his take on realism, his self-portraits are a new breed of painting altogether. Each one is vibrating with a unique kind of energy that separates itself from the others. Looking at each one, we wonder what would make someone feel this way and we soon realize we’ve all had these somber feelings as well. Cabba has created something so personal into an open experience where we are all included. We’re reminded of our own humanity, and he’s just as human as we are.

There’s quite a bit to say about Armando Cabba himself, and he is definitely worth a follow on Instagram. He’s a painter that can poke fun of the art world and not take himself too seriously. Looking at his self-portraits alone, we’d assume he’s the dramatic tortured artist type but he’s the opposite. Armando is a positive force and inspiration. It’s extremely easy to be wrapped up in his charm which makes us feel like we’ve been friends with him for ages. He’s honest with himself and the rest of the world. There’s a freshness when he gives interviews as opposed to feeling like you’re stuck at a bland art conference. In between photos and stories of his everyday studio life, he’s been very open about his views on the current state of the world. As a supporter of the Black Lives Matter movement, an advocate for mental health, and being anti-Trump, he’s a painter that stands with the people. 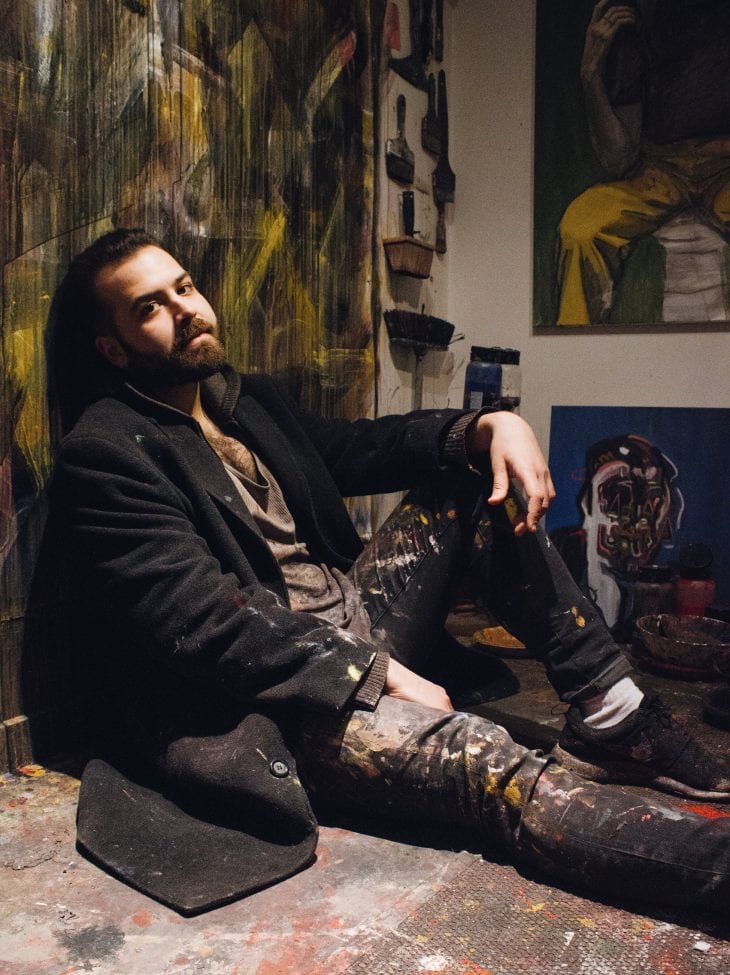 Processed with VSCO with a6 preset

With his popularity on the rise, we’re excited to see how the young artist will grow over the upcoming years. Cabba’s paintings are held in private collections around the world, and there isn’t any sign of him slowing down anytime soon.

For more work and information, go check out Armando Cabba’s website at www.armando-cabba.com