Many Twitter users had something to say, and some of the comments were “Idk bout y’all, but seeing Sara Jay trending made me feel even more connected to @BarackObama. My man,” and “Sara Jay – Obama thought he was logged in to his incognito account …..”

Barack Obama’s wife, Michelle Obama, was also mentioned, as many are wondering how she is going to react over this fact. A lot of GIF’s were present, alongside some comments like “Michelle when she realizes why Sara Jay is trending…” this particular Twitter user posted a GIF of her taking Barack Obama’s phone out of his hand. 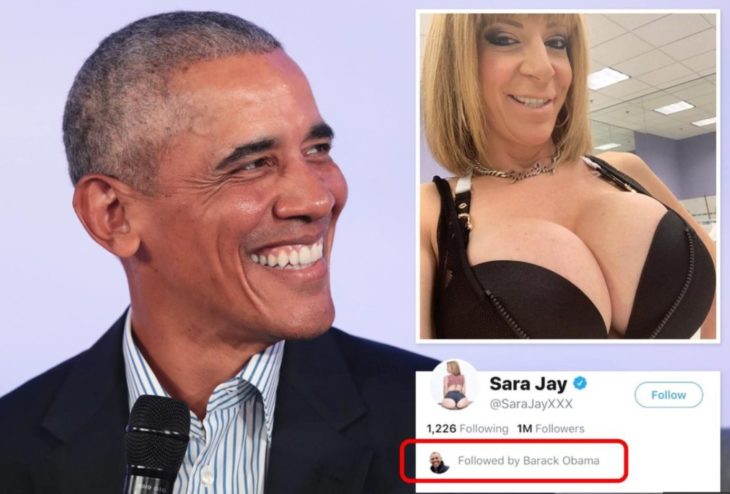 The former president of the United States of America recently wished a happy birthday to his wife, Michele Obama. He posted a warm message on his Twitter account, writing, “In every scene, you are my star, @MichelleObama! Happy birthday, baby.” Michele turned 56 years, while Barack Obama is currently 58 years old. We will see how this situation will develop further, and will Michelle be upset over the fact that her husband is following an adult movie star, Sara Jay.

Donald Trump Was Ready To Never See His Son To Be

Samantha Rayner Showing Off Her Body in a Small Bikini