I’ve never been big on lipstick. I have thin lips and I also drink coffee constantly, so it seemed like any foray into lipstick would be a waste. But as I get older (and wean myself off caffeine), I’ve taken the plunge into what feels like more grown-up makeup than my usual lip balm, or if I’m feeling fancy, lip gloss. Recently I splurged on Bobbi Brown’s Rich Lip Color in Cosmic Raspberry at Bloomingdales (AKA that flaming pit in which I throw my money).

Price/Availability: $22, any Bobbi Brown counter at Sephora or department stores (but call ahead because this color sells out).

Packaging: It’s very sophisticated-looking in a sleek black tube, which holds up well. Seems good quality, which is important to me because I bang around my makeup bag a lot. 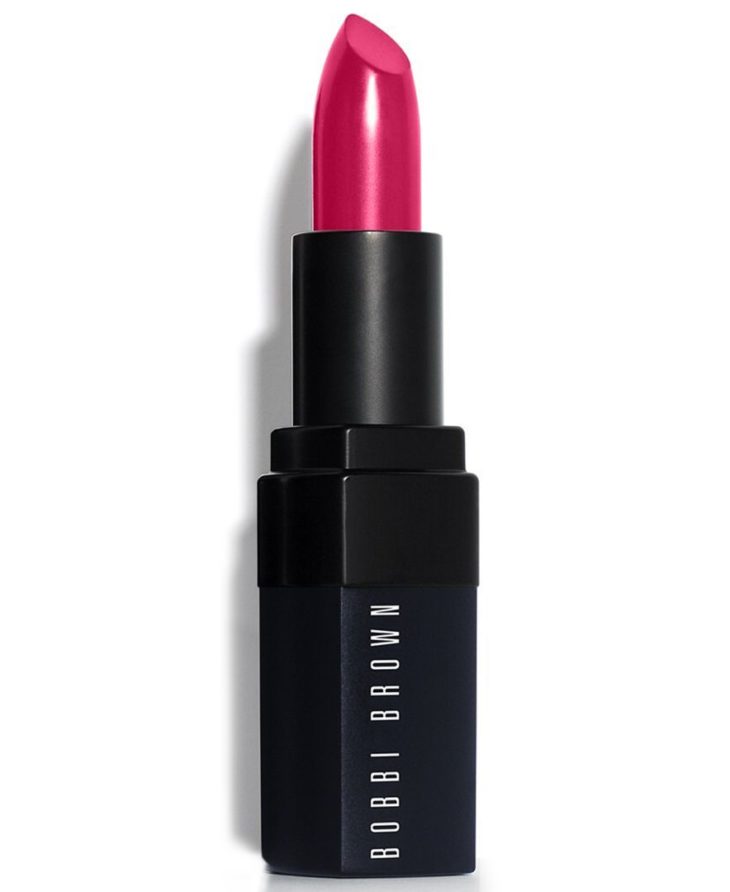 Formula: Bobbi Brown advertises her lip colors as “creamy and moisturizing.” This is certainly more true than other, less expensive lipsticks I’ve tried (I’m thinking of the Rimmel lipsticks), but I still found it to be a little drying on my lips. But then again I do have the driest skin in the world, so others may have better luck. Anyway, to fix this problem, I wore my new Bobbi Brown with a gooey gloss from Benefit so it felt more comfortable on — and looked pretty with some shine, anyway.

Wear Time: Fantastic. I had to touch up after lunch, but it stayed on for hours. The color is highly pigmented (that’s the color in the picture above!), so even when it fades over the course of several hours it doesn’t give you that dreaded lipliner-outline outline. Despite the hot pink color, it manages to look natural-ish, not garish.

Overall: I have no complaints! Even about the price, which, to be honest, has been off-putting to me about department store beauty products before. I’m happy I splurged on a more “fancy” lipstick than a cheaper drugstore on that may not have held up as well.

Tips to Choose the Right Length for your Necklace

Life After Dating: Is Relationship Advice A Waste Of Time?

Working Towards A Sustainable Future For The Fragrance...