Before we directly jump into the given topic, we should first understand the need or importance of project management. In all organizations, project management is needed at one time or the other to implement new undertakings. These undertakings may be diverse like the development of a new product or a service or establishing a new production line in a manufacturing enterprise. Organizations continuously face the challenge of the development of new products, processes, and services along with constant technological changes. In such a scenario, project management is a very important and powerful tool, which the organizations have to understand and implement.

A Gantt chart is a charting technique, having wide applications in project management. These are basically used to present the schedules of each task involved in a specific project, as well as the current status or progress of each task. It is very useful to give the project manager a comprehensive picture of the entire project. He can understand more about the tasks which are yet to be completed. The order in which each of these tasks needs to be completed is also illustrated. This is of great help to the managers as they can get more organized with their management. Therefore, finding the best project management tool is key to the success of any project, no matter how big or small.

History of the Gantt Chart

In the 1910s, Henry Gantt, an American social engineer, developed this technique of charting. Soon after, this technique went on to become immensely popular and many project managers from various fields started following what he started. The chart was consequently named after him and since then countless projects have benefitted from this technique.

The components of a Gantt Chart 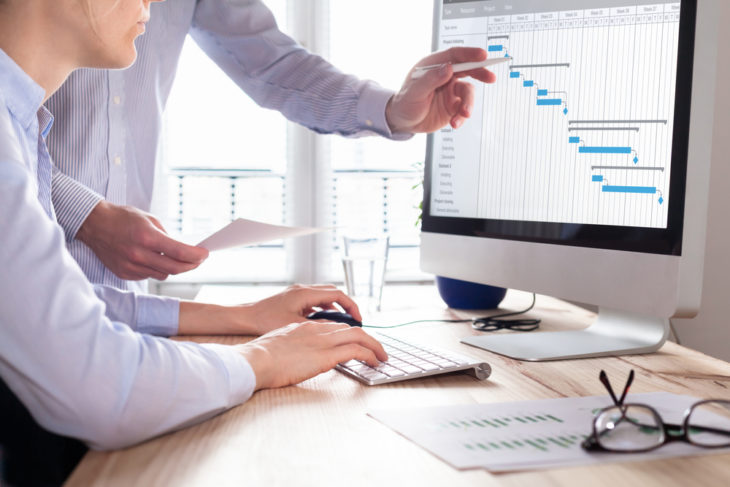 As Gantt charts are good for visualizing the entire project, the project managers are capable of doing the following:

Initially, when everything was handwritten, these charts had to be drawn on paper. This was definitely a great challenge, especially to the project managers who work with constant changes in their schedules. Whenever there was a major change, the whole chart had to be redone. This is not the case today as with the help of computers, it has become very easy to create, change and reproduce the Gantt charts. For more details check monday.com.