Best Music to Play For Your Baby in the Womb

Millennials, just like every other prior generation, will do everything in their power to make sure their unborn child is nice and safe.

Access to the internet opens a wide range of options for Millennials to explore in doing so. Whether that comes in the form of tips, guides, and various informational pieces, the main point is that access to information has never been easier.

One thing that is growing in popularity, and has the science to back it up is playing music to your child while still in the womb. But before you put the headphones on your belly, stop for a second and make sure to thoroughly read our article.

Babies will go along literary anything while young. One of those things includes listening to songs. The power of music can have a calming effect on anybody, even your unborn child.

The main debate regarding it is whether or not the baby can actually hear the song. Well, it’s been a proven fact that our babies can hear us speak, and they can certainly hear what mommy says.

So, if they can hear when people around speak, why wouldn’t they be able to listen to a song?

Further science that backs these claims is the fact that an unborn child starts hearing in the second trimester, while it’s the final trimester when they really start to develop responses to sound and noises.

Out of every sound there is, it’s the one coming from mommy that the baby hears the most. The science, and actual biology, make it so. Every time mommy opens her mouth to speak, her voice vibrates and amplifies throughout the body and into the womb. This system of “communication”, if you might, is effective enough; even more effective than playing music for your child and putting the headphones to the belly. 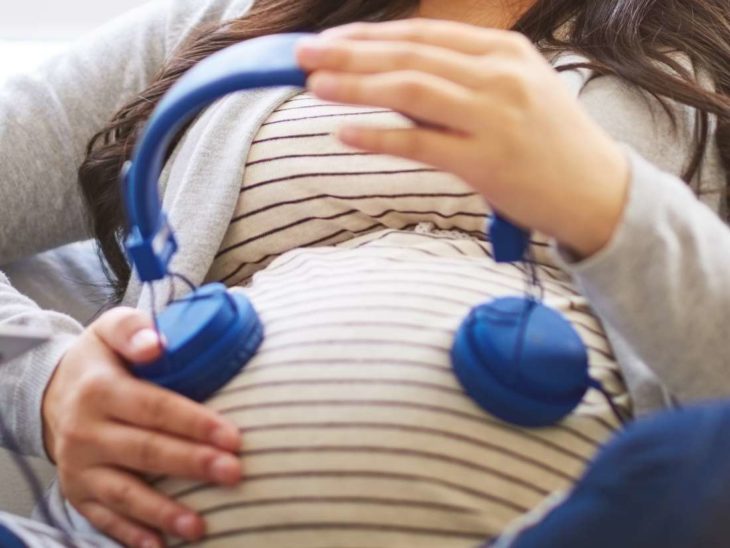 How Much Can They Hear?

Every time we speak, the child can hear it. But the more we talk, the more the child learns. This was actually confirmed in a 2013 study where researchers came to the conclusion that communication with the baby in the womb creates familiarities for things later in life.

This was particularly proven after unborn children still in the womb were played a particular song for quite some time on repeat (not the entire time). The particular song was then played to them when born, and the babies showed signs of familiarity by calming themselves once hearing it.

Biology says that our children’s brain develops the most after being born. This is quite true and quite obvious, but does that mean we should completely abandon playing songs for them?

Not in the slightest. While you should play songs with your child after birth, you also can do it while still in the womb. However, one equally important thing you can do, and some even say more important, is for you to sing along. Since our unborn children can hear mommy’s voice the most, it is precisely this that creates the familiarity link.

And now, let’s get into actually what you should play or sing to your unborn child.

Before we start, you can visit MetroLagu if you want to play music from any genre to your child. The service is free and has a huge library of musical selection.

What Music to Play?

Determining which type of music will suit your baby best is a hard question to answer. While there are conflicting reports that cater to each genre, it seems that the best one is classical songs.

The science behind choosing to play classical music is really hard and solid. For starters, classical tunes are quite calming and soothing. Other genres can be quite loud, explicit, and that’s not a good thing to play your unborn child.

Classical tunes drastically increase the chances that your baby actually likes listening to this type of music. Furthermore, developing a liking for classical music increases the chances of an intellectual spark. People that like classical songs tend to be on higher positions in life, although not always the case. 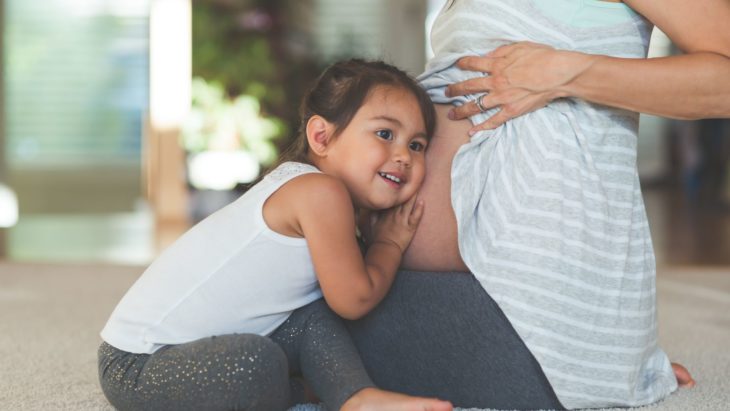 What Should Be Off Limits

Conflicting reports suggest that music is good, but too much could cause a problem. So, regardless of the reports are true or not, you should take the safer option and limit how much music you play to your child.

Furthermore, while in the womb, it’s suggested that you don’t play too much children’s music as opposed to mixing it up with other tunes.

Turning down the volume is a very advised thing when you decide to play some songs for your child. This is because the mother’s womb can be a really noisy place, especially if the mother in question likes to chat a lot.

But other things such as your heartbeat, breathing, and stomach noises can be quite disturbingly loud for the baby. Pair that up with the actual headphones on and you’re effectively making it a disco.

With all that said, there is nothing wrong if you do play it louder every once in a while. It is even advised that you go to a concert at least once during your pregnancy to get the baby familiar with the genre. Doing it too often, on the other hand, could have damaging effects, although there hasn’t been any reported case of such actions yet. 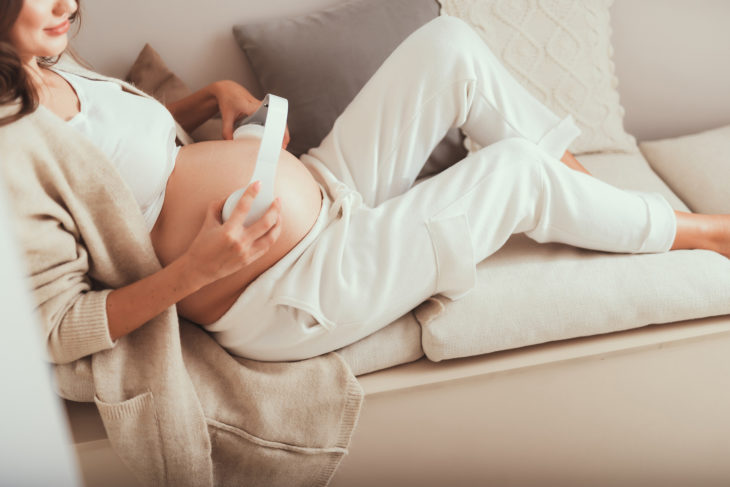 The bottom line would be to create a playlist of songs that are appropriate and even educational. While we heavily advise against children-sung songs, since the baby needs to hear good music and not kids’ singing, you could add one or two just to break the monotony. Any music that is clear, fun, and funky is also a bonus.