Croatia, the “Land of 1000 Islands”, has become lately one of the most popular European tourist destinations. Since the dark period of the War of Independence in the 1990s, the coastal state of the Balkans has in fact strikingly developed, especially from a tourist perspective, competing now with Europe’s most touristic countries, such as Italy, Spain and Greece. The best period to visit the country, of course, depends on what your plans are, however, it is suggested to travel to Croatia when temperatures are higher, thus from late April to late September.

The country has not only proved to be extremely cheap, but it also offers several attractions to suit every taste: charming historic cities, beautiful islands and unspoiled nature. Moreover, with its 2000 km of coast, Croatia represents the perfect place where you can relax and enjoy your well-deserved holidays. Finally, if you are one of the millions fans of the HBO’s hit show Game of Thrones, don’t forget that several parts of the fantasy saga were filmed here. Who knows, maybe you are finally able to win the throne! 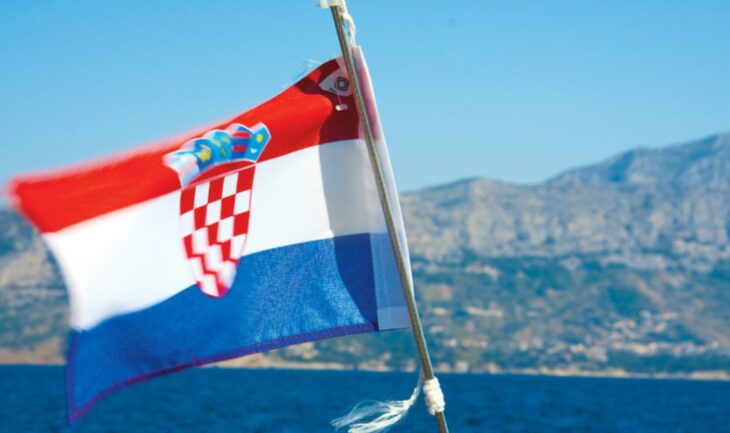 How to get around in Croatia

There are several possibilities to travel across Croatia. The easiest and most common option to get around the country is probably by car. Although the road infrastructure is poorly developed compared to other European countries, Croatia is not excessively big. Yet, remember that approximately 20 million tourists visit the country every year, therefore, especially along the coast, traffic jams are to be expected in summer. Public transportation represents another way to travel around Croatia. While the train network can be used to easily move between the northern and eastern part of the country, the bus network is well developed along the coast. Finally, with more than 1000 islands, Croatia exemplifies the paradise for island-hoppers. Indeed, this alternative way of travelling across the country will give you the possibility to see Croatia from a completely different perspective. Just remember to check the timetables first, since island-hopping is mainly possible in the summer months. 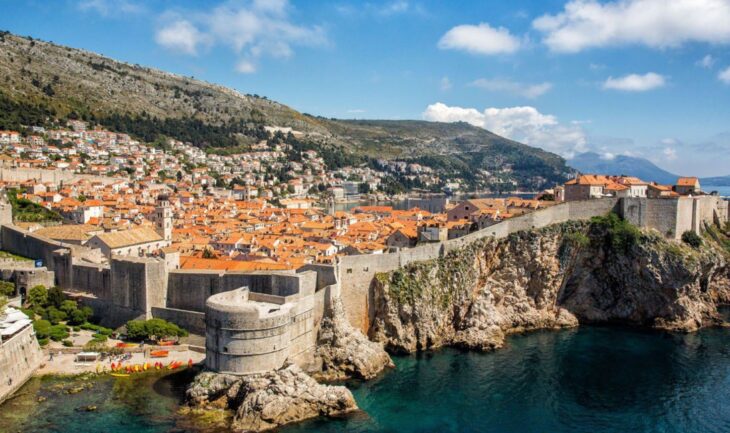 Located in the southern part of the country, Dubrovnik is the most visited city in Croatia. Dating its origins back to the 7th century, it is considered today one of the best-preserved medieval walled cities in the world, earning it the name of “Pearl of the Adriatic”. Together with the view of the city on the surrounding walls, Stradun – a 300-metre marble street that connects the city’s eastern and western gates – is considered the most famous attraction. Don’t forget to go, either with the cable car or on foot, to Mount Srd, an unbelievably gorgeous place where you can enjoy a breath-taking view of the surrounding area. 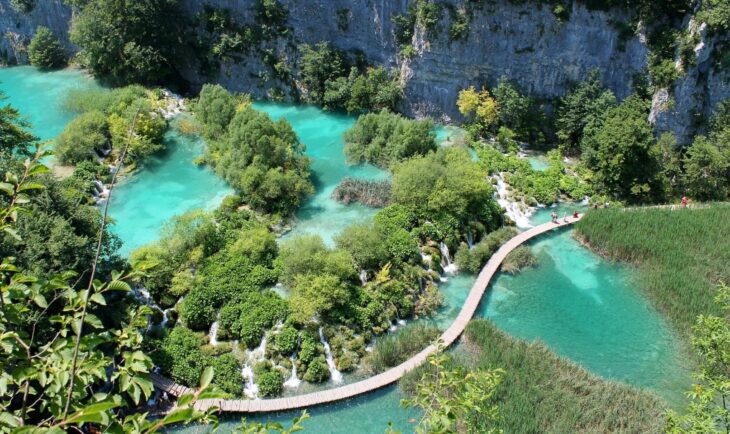 It is not difficult to understand why the Plitvice National Park is considered one of the most beautiful natural wonder, not only in Croatia, but in the whole European landmass. Several wooden walkways and hiking trails will guide you through the UNESCO World Heritage Site, in which it is possible to admire 16 interconnecting emerald lakes, majestic waterfalls and lush forests. The park is also inhabited by numerous animal species, such as wolves, brown bears and numerous types of birds. 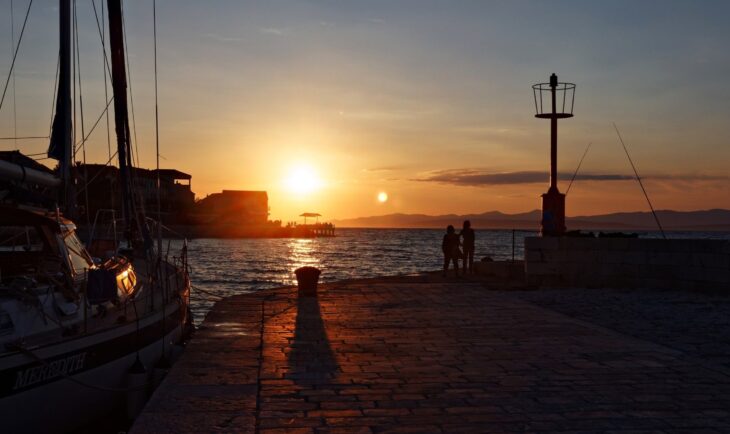 Hvar, a gorgeous Croatian island located off the Dalmatian coast in the Adriatic Sea, counts only 4300 inhabitants. The small island, besides its Venetian-era monuments, is known for its spectacular landscapes, the unspoiled nature and its tiny bays with crystal-clear waters. Not only cultural and outdoor activities are here waiting for you, but also restaurants, bars and nightclubs! 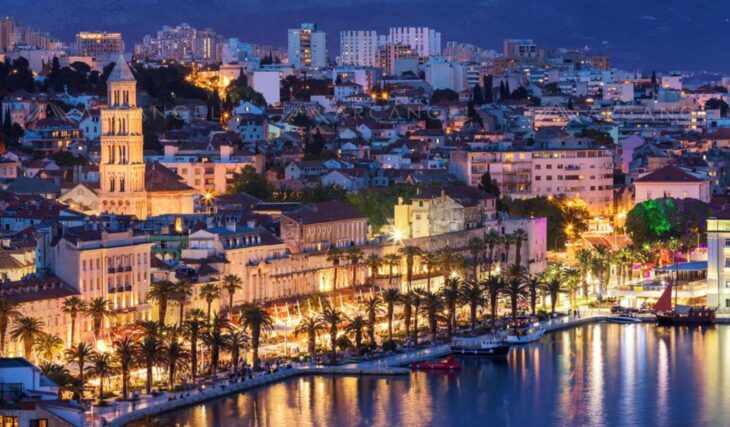 Split, the “Mediterranean Flower”, is the country’s second largest city. Here, between 298 and 305 AD, the Roman Emperor Diocletian decided to build a palace for his retirement. Covering approximately 31.000 squared metres, it still stands today in the hearth of the city, thus representing the world’s grandest and best-preserved Roman ruins. Yet, over the centuries, the city has evolved and has somehow incorporated the palace. Currently, in fact, more than 200 buildings have been built within the ancient Roman complex, hosting more than 3000 people. For Game of Thrones lovers, the palace also represents the home of Daenerys Targaryen. Not too far away from Split, it is suggested to visit the gorgeous Zlatni Rat beach on the island of Brac, a beach that changes it shape depending from the tide and the current. 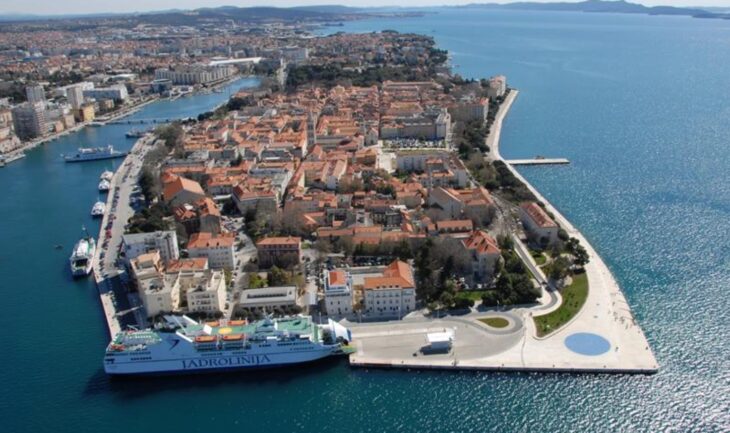 Zadar, located on Croatia’s northern Dalmatian coast, finds its origins more than 3000 years ago, thus resulting the oldest continuously-inhabited Croatian city. The city does not represent one of the most touristic spots in the country, therefore, here, it is possible to escape the huge hordes of tourists coming to Croatia every summer. In the city centre, it is possible to admire some of the most important sights of Zadar, including St. Donat’s Church, 12th-century St. Anastasia Church and the University of Zadar. Don’t forget to visit the waterfront of Zadar, which designed by the local architect Nikola Bašić, offers a breath-taking and romantic view of the sunset over the Adriatic Sea. 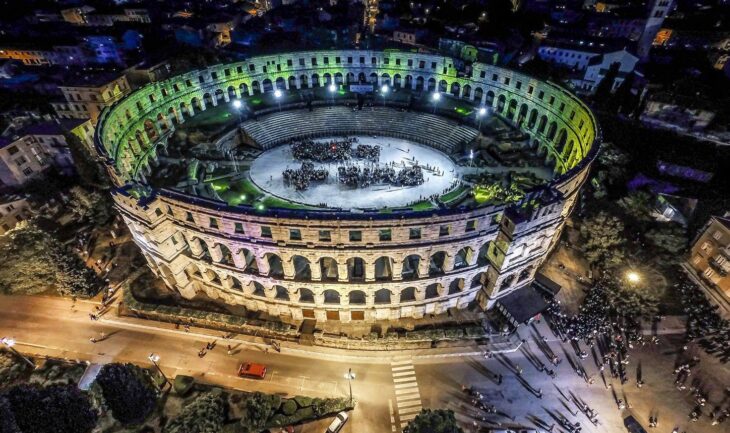 Pula, located in the southernmost tip of the Istrian peninsula, represents one of the most popular destinations among travellers. According to historians, the city has been welcoming tourists since the Roman Empire era, who were attracted by gladiator fights in the amphitheatre. The Roman Arena, built in the 1st century AD, represents in fact the city’s most important attraction. Tourists can here participate to numerous concerts, exhibitions, and other events, such as the July Pula Film Festival. 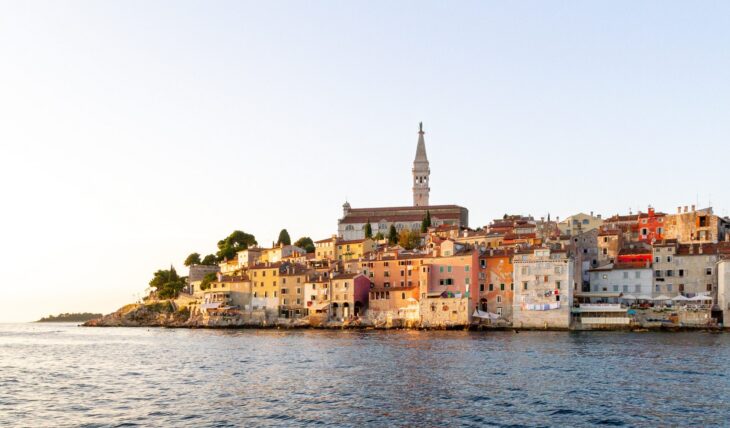 Rovinj, a small and quiet fishing village, is located on the southern part of the Istrian peninsula. The old town, is located in turn on a small peninsula on the Adriatic Sea, offering  romantic landscapes, breath-taking views and historical buildings. The city’s narrow streets, as well as its historic buildings, resemble the city of Venice. Here, in fact, the Serenissima Republic had been long controlling the area, thus shaping the territory and the local culture. Rovinj provides to travellers different activities, among others, hiking, cycling, rock climbing and scuba diving.

Croatia: a must in Europe

According to backpackertrail.de, backpacking in Croatia should definitely be on everyone’s bucket list. Not only the country is extremely cheap, but it also offers some of the most beautiful natural and historical attractions you could possibly see. Beaches, natural parks, and old medieval buildings are here waiting for you!

10 Teas to Help You Study and Focus