Robert Sheehan, an actor from Ireland, has become very popular in recent years. Firstly, for his appearance in “Misfits”, the British tv show. Nowadays, he works in the United States, on the tv show called “The Umbrella Academy”. His character`s name is Klaus Hargreeves, he is a drug addict and a little deranged person. Almost instantly, he became one of the most loveable characters on the show. Plus, he started getting more recognition from fans in the United States and, more importantly, from critics.

In this tv show, he stars alongside Tom Hooper, Mary J. Blige, Ellen Page, and Emmy Raver-Lampman. While the fans are loving all of the cast of the show, he simply became the one who is most popular, because of his appearances on the events that are made for the fans of the show. Also, other members of the cast like Aidan Gallagher and Ellen Page are not far behind. Let us take a look at the fan`s tweets that are aimed at Robert Sheehan.

A certain fan wrote on his tweeter that he wants to start a petition for stopping Robert Sheeran`s attack on him, with his beauty.

Is His Character the Best One?

A tweet that was shared by countless of fans of the show featured a man sitting outside and wears a sign that says that the character of Robert Sheehan is the best one and that someone needs to change his mind.

i really just… wow, ya know? @RobMSheehan is a ? pic.twitter.com/FWojc6H2Eo

The pictures of Robert Sheehan`s character appeared on the Internet, said that the fan doesn`t know how to express himself about Robert`s beauty and talent.

On the tweeter, you can see posts that feature a large cotton candy, who has a shape of the heart, and says that it is dedicated to the Robert Sheehan.

Comparison to His Character “Nathan” from Misfits

Is it in @RobMSheehan‘ contract or something that every show he stars in must feature him engaged in a skirmish at a bowling alley? #Misfits #UmbrellaAcademy pic.twitter.com/fpwBPtnG39

One cannot help to notice that Robert`s character from “The Umbrella Family” is looking very similar to the character of Nathan Young who was played by Sheehan in “Misfits”.

Proper Appreciation for His Work on the Show

Klaus looking emo but so soft with his pink umbrella and is ?no one could have played this role better then @RobMSheehan pic.twitter.com/iNKPhg2M0T

Some are saying that he doesn`t play his character, Klaus Hargreeves. Instead, he becomes him whenever he is on the set. Plus, he gets a lot of recognition for his work.

What is the Next Step in Robert`s Career? 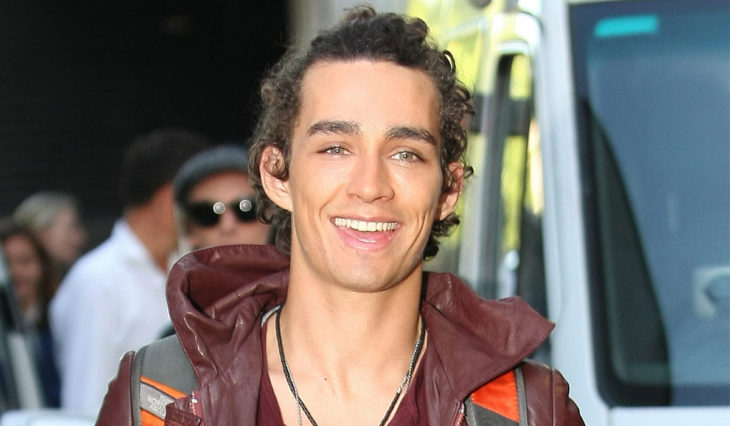 Still, we didn`t hear anything about the renewal of “The Umbrella Family” for a second season. However, when we took a look at the show`s IMDB page, we have no doubt that the show will get some more seasons. It has a huge fanbase that has great expectations from the new episodes of the show.

When it comes to Robert`s career, he doesn`t have any projects listed after “The Umbrella Family”. For those who haven`t seen him on “Mortal Instruments: City of Bones” and “Misfits”, be sure to check that out, because his acting is unreal and exceptional. Also, he made appearances in many famous movies in the United Kingdom.