Our society has become so sexually progressive in the last years. No longer do people have to hide or even be ashamed of their kinks. From furries to feet, people have found like-minded individuals online for support, advice, and even meet-ups. However, one lifestyle has blown up more so than the rest: Polyamory.

The practice has gotten so common that my dating apps are now full of poly couples looking for their unicorn. It’s quite overwhelming. Intrigued by the amounts of casual hooking up happening around me, I attended a swinger’s party with a male friend who had experience with it. Being a novice, I just observed. It didn’t turn me off, I was just nervous (and honestly, didn’t find someone I found attractive).

While the lifestyle probably isn’t for me, I did to attempt to dip my toe in the water. But this blogger went full throttle with her experience. Reading her story made me feel vanilla. And also really turned on.

Call her greedy (I call her my hero), but earlier this year the trio attended a wild swingers party at their local steam baths. No, it wasn’t like some adult movie, where strangers grabbed and groped each other. In most of these parties, consent is the biggest and most enforced rule.

She even explains their “warm up game” which focuses on the idea of respectful and responsible participation in group sex:

“In [the] game, people would wash each other, first asking something like, ‘May I soap your shoulders?’ Even though icebreakers are my worst nightmare, this game is extremely clever since it gets everyone squeaky clean for playtime while simultaneously serving as an exercise in asking for consent, giving or refusing consent, and accepting another’s yes or no graciously.” 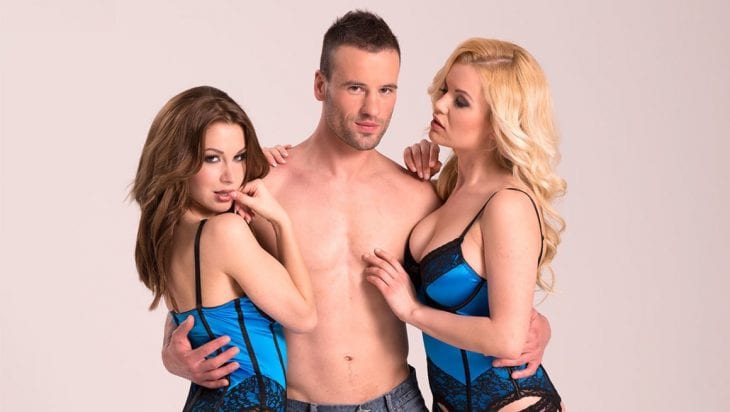 Although it took the a minute or two to get comfortable, Kat, Flick, and Iris had no hesitations on their second visit to the steam rooms where they found another couple to get down with. Kat explained her experience, focusing on all the delicious teasing, making-out, and slow touches.

Oh, high school stuff, you say? Not quite.

Kat and company quickly changed locations. While on her knees, blowing her husband, their girlfriend fingered her. Not kinky enough? Then the girlfriend, Iris, donned a strap-on to spit-roasted our heroine.

(If you don’t know what “spit-roasting” is, then you really need to break out of your vanilla bubble.

Playthings four and five were performing oral until they needed a change of pace. Iris and pal Dot started blowing Kat’s husband, Flick. 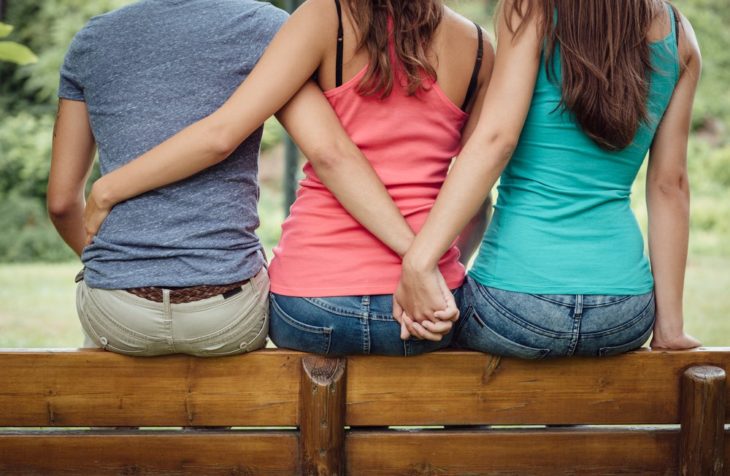 Ladies and gentlemen, a swinger’s lifestyle isn’t for everyone. It involves tremendous amounts of trust, communication, and consent. In fact, due do the constant communication, polyamorous people have a lower divorce rate!

Not ready to have sex with four people at once in front of dozens of strangers? No worries. Check out local venues and sites near you. You don’t have to be in a relationship to get into some of them and you might end up meeting some really great, open-minded no-sex friends out of it.

Read Kat’s story for yourself!

Been There, Bra-ed That: The Trials Of Finding The Right Bra