Cat Behavior: Things Your Cat Wants to Tell You

If you’ve only recently adopted a feline companion into your home, you may not be familiar with how cats communicate with their caregivers. Cats have a special way to “speak” to humans, and it’s not the same way they use to communicate with each other. In fact, wild cats rarely ever meow to one another unless it’s mating season. Domesticated cats, on the other hand, have learned to use body language as well as different tones of meowing to let us know how they’re feeling.

Here are the common gestures your cat makes and what they mean.

Ever walked into your room to find your cat sitting on your bed, slowly blinking at you? No, your cat isn’t sleepy; she’s saying hello! When cats blink slowly, they’re expressing vulnerability. Cats usually sleep whilst alert, and tend to keep an eye open when they’re around people that they don’t trust. When your feline companion slowly blinks, she’s telling you that she’s comfortable with closing her eyes around you. In general, it’s just how cats greet humans that they like.

You can learn a lot more about cat behavior, how cats communicate with their cat parents, as well as how to prevent cat health problems by checking out some of the articles on Myfelinebuddy.com. 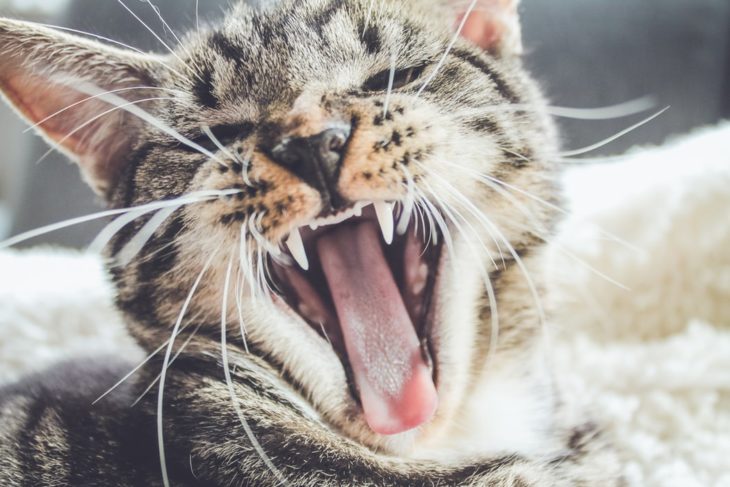 Cats purposely misbehaving by doing everything that you tell them not to, such as climbing counters and spraying on walls, maybe an indicator that your cat doesn’t feel like home. Cats only feel territorial when they don’t feel like they have their own space, much like a family member would need their own room.

But of course, you don’t need to dedicate an entire room to your cat. Buy her cat beds, scratching posts and cat trees, so that your cat has a special spot in every room in the house. The furniture options shown at MauPets.com really go a step forward in providing your cat with comfortable and custom designs that are especially made for keeping them preoccupied and at ease. By doing so, your cat will feel like they have their own designated areas and items where they can scratch and play as they please.

When your cat hunts for a squirrel in the backyard and brings it to your doorstep, try not to freak out or talk to your cat in a hostile manner in an attempt to discipline her. Your cat sometimes does this because she thinks she’s bringing you dinner. While some owners think it’s a gift, it usually isn’t. Your cat is telling you that you’re a bad hunter, and she’s hunting on your behalf. 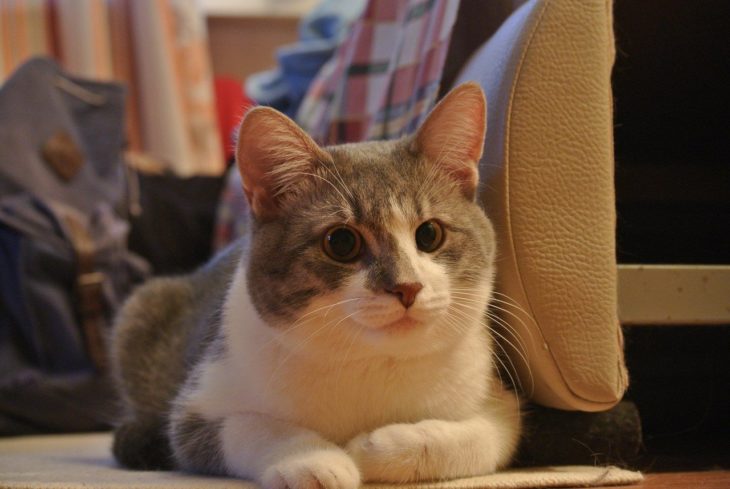 When you’re lying down on the sofa, you may sometimes have your purring cat climbing on top of you and bumping you straight to the head. While there are many ways cats can express affection, head bumping is one of the most intimate. Cats usually do this with one person in the household – the one they deem their main caregiver or parent.

Cats are not usually vocal for no reason. Your cat may noisily meow if she sees you take out food, or if you’re carrying her favorite toy. But if she does so in other contexts where there is no direct interaction between the two of you, this indicates stress. A yowling cat may be in pain and may require a vet visit. On the other hand, if your cat is not spayed, she will definitely yowl every few months when it’s mating season. If your cat is spayed and yowls often, she is letting you know that she is in distress. 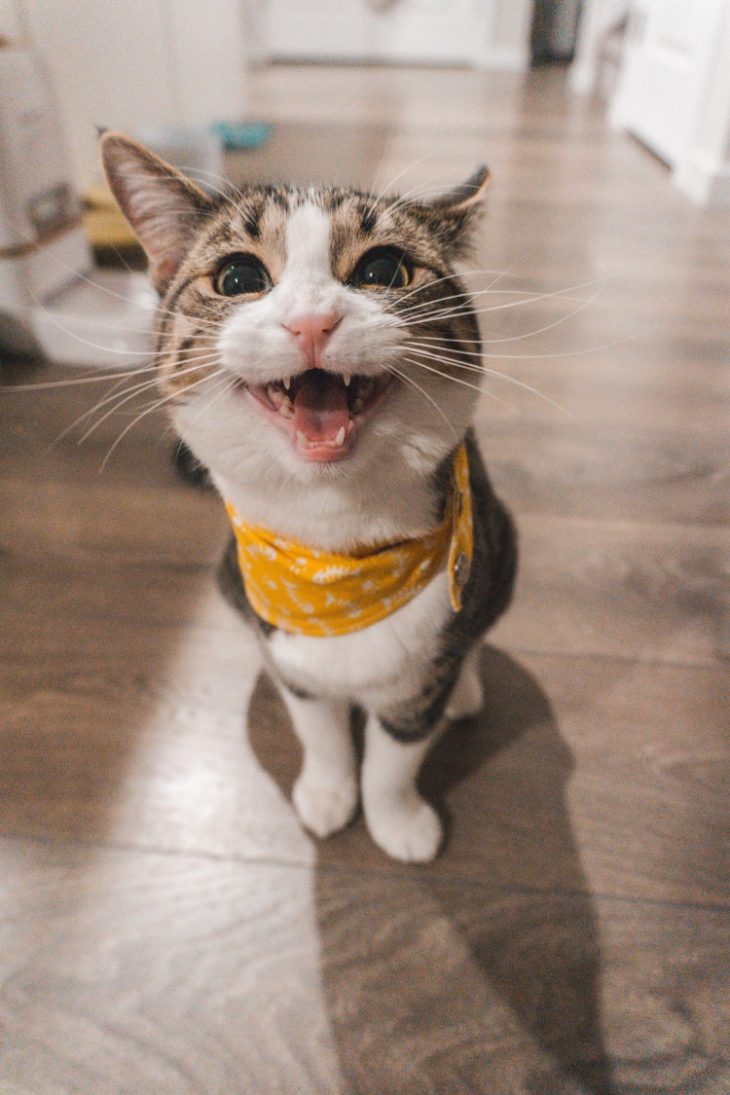 Some new cat owners may get annoyed when their cats suddenly dart at them and attack their feet in the hallway, but it’s just your cat’s way of telling you that she wants to play. It’s not an attempt to attack you, and there’s no way you can actually stop this. When a cat hides and suddenly swats your foot, she’s initiating playtime with you and usually expects attention in the next few minutes to an hour. If you can spare the time, accepting your cat’s invitation to play will always strengthen your bond.

Some feline owners may be concerned when they see their cats chirping at the window, or sometimes at a laser pointer. This is your cat’s way of expressing either frustration or excitement whenever she sees something that she deems prey. This is absolutely natural and is nothing to be concerned about unless of course, she makes that noise when she sees you. Then she’s about to playfully attack, and you should probably run! 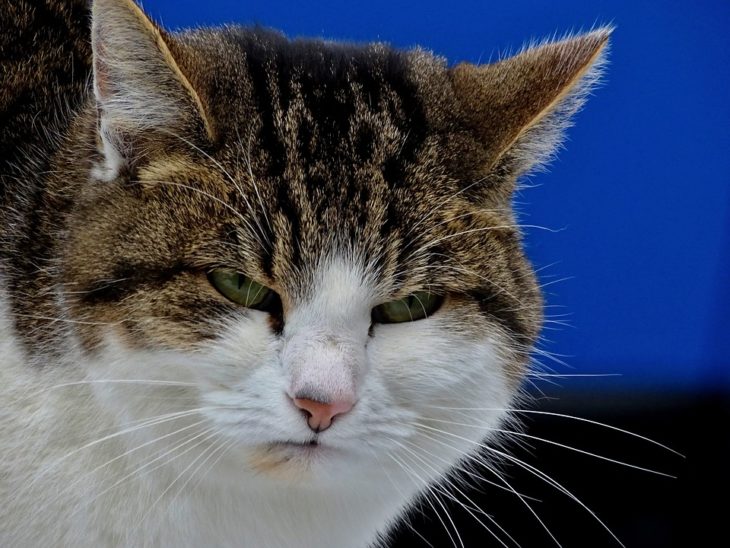 Cats are intelligent creatures that have developed a language with their human caregivers. Pay close attention to any odd or excessive meowing, and always neuter or spay your cats. If you’d like to express affection to your feline friend, it’s best to use her language, such as slowly blinking at her or slowly approaching her and giving her a head bump. The more you express affection to your cat in feline language, the closer you’ll grow with your pet.