This weekend’s #CelebGate nude photo leak — also known as “The Fappening” — has gotten even more unsavory. Amongst the many hundreds of alleged celeb nude photos  — stolen from personal smartphones and hard drives by hackers and then uploaded to 4chan and Reddit — are a handful of photos of gymnast McKayla Maroney, who, her rep confirmed, was underage at the time they were taken. That, according to Reddit administrators, constitutes child pornography; a post on the Reddit community r/TheFappening, which is where the bulk of the leaked photos have been posted and shared, says that the group’s moderators have been informed of Maroney’s underage status and that they’re urging members to no longer share those images, lest the entire community get banned. 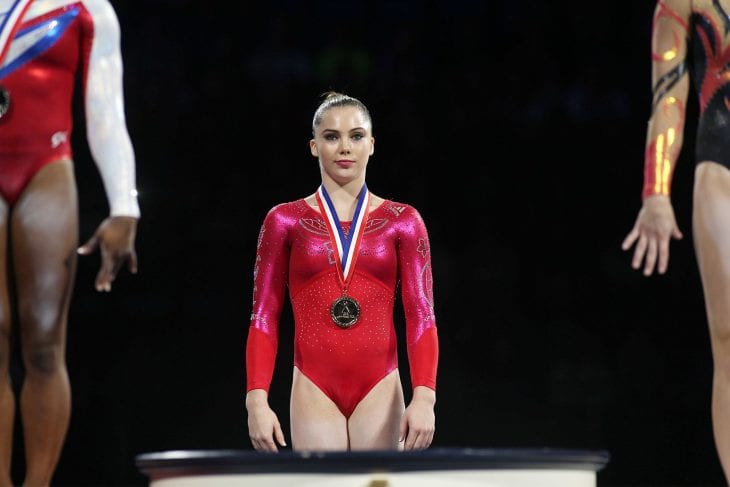 Despite the controversy surrounding the illegally obtained photos and threats of legal action towards anyone distributing or publishing them, Reddit hasn’t been actively removing links to the stolen pics. And while moderators are urging community members to not to post the pics of Maroney or any other underage girls, the Daily Dot notes that users are publicly discussing where they should post those photos and other  pornographic images of underage girls if Reddit is not an option. Let me repeat that: Reddit users in the r/TheFappening community are discussing where to hide their child porn. I’m going to go cry in a corner now. TTYL. [The Daily Dot]

Chubby Prairie Dog Gets Stuck In A Hole