Check Your Vibes: How To Get Real About Anger

I have a short temper when faced with minor annoyances, but when it comes to big-picture problems like a major loss, betrayal, or simply having some seriously bad luck, I tend to shy away from anger through no active choice of my own. Sometimes this frustrates me, and I wish more than anything that I could feel the passion of rage bubble up within me, both as motivation to improve my life and to complete the healing process of whatever I’m hurting over.

Whenever that anger finally does arrive, though, it’s hardly much of a relief. Anger is unpleasant, and even more so when there’s no easy target to blame for your hurt or to express that anger to. For me, this morphs into a sense of emotional entitlement with seemingly nowhere to go. I feel full of venom, as if my body were electrified with tangible toxic energy. I walk around feeling that the world owes me something in return for my bad experience (which, nope) and irritated that others don’t immediately pick up on that fact.

Acknowledging anger can be especially difficult for women, because we’re socialized to be pleasant and nice and to keep our heads down and spirits up. We get so used to stuffing down our rage, over and over again, starting as early as childhood, that many of us may wonder if we’re even capable of feeling it at all (meanwhile, anger lives inside of us unnoticed, wreaking subconscious havoc on our bodies and minds). We’re commonly dismissed as “crazy” or “irrational” for expressing genuine feelings, and even if we manage to dodge the “crazy” talk, there’s still the “cute” trap to contend with, in which everyone in the room laughs at how adorable sweet little Claire is when she’s pissed off and is stamping her foot. 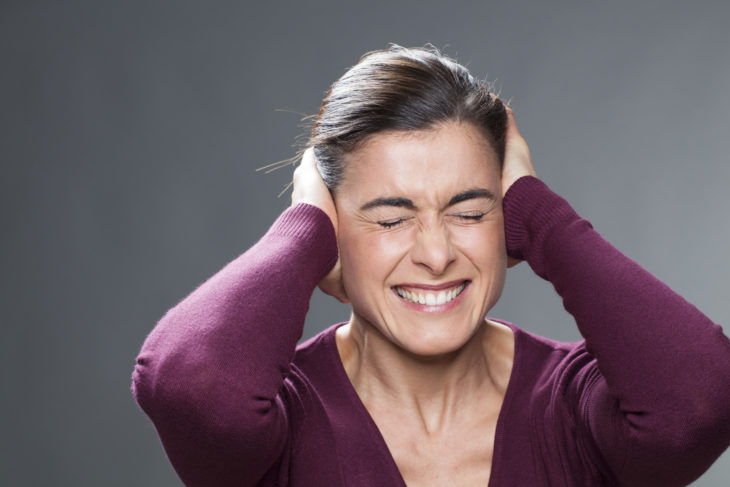 Somewhere along the road, some part of my mind developed the fear that being angry meant I was being ungrateful for the good things I do have (my family, my home, my job), and that expressing that rage meant I was taking them for granted. At times I get nervous that by putting rage out into the universe, I’m sending the message that I’m unappreciative, and maybe don’t deserve such nice people and experiences after all. I have lots of guesses about where this came from — my childhood, growing up Catholic, my brief stint with The Secret — but I can never know for sure. What I do know, though, is that there are many others who think the same way, and that we should all work on reframing our outlook on anger.

This fear is toxic and unsustainable, and logically, I know that being angry doesn’t mean everything I love will disappear. I’m glad I generally focus on appreciating the good in life, and I still believe in trying not to sweat the small stuff when it comes to the people we love most, but fearing your own anger is an emotionally dangerous way to live. It’s true that positive thinking can be constructive, but it’s not everything. Anger is often a totally healthy and normal response, and hiding or stifling it is a recipe for decades’ worth of emotions stuffed down so deep that you’ll hardly be able to recognize where those feelings even come from anymore — until one day, they explode so passionately that you’ll have lost all semblance of calm or control.

Life is hard, and it isn’t always fair. We’re entitled to feel angry when bad things happen. We are not entitled to take that anger out on people who don’t deserve it or be an all-around shitty person because of it. If you’re in search of some constructive ways to channel your rage and to avoid suppressing it in the future, try a few of these tips. 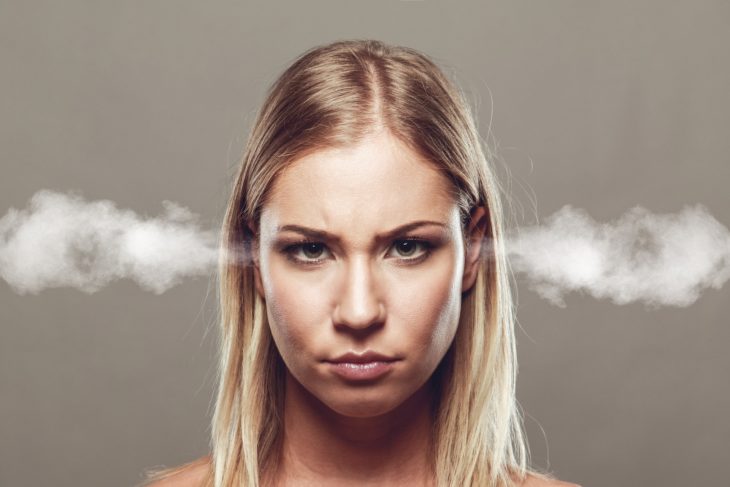 A reason anger can come out so strongly and out of nowhere is that it’s often not simply about whatever just happened to tick you off — it’s built on years’ worth of resentment and baggage. Make this less likely to happen in the future by fully feeling your anger when it happens, acknowledging its presence, and doing your best not to cling to every last shred of it once the brunt of your frustration dissipates. If you let it pass right through (and this can be tough to do, of course), that anger has less control over you and likely won’t come back to haunt you years later.

Remember that old trick of writing a never-to-be-mailed letter to an ex and then ripping it up? This can help you process all sorts of rage-inducing scenarios, both breakup-based and otherwise. Writing down all of your angry emotions can provide wonderful release. Even if the person you’re angry with never sees the letter, it can help set you free from ruminating over your angry thoughts all day long. This practice can also help you process your emotions about the situation more clearly so that if and when a time comes to talk about it, you can do so concisely and calmly. 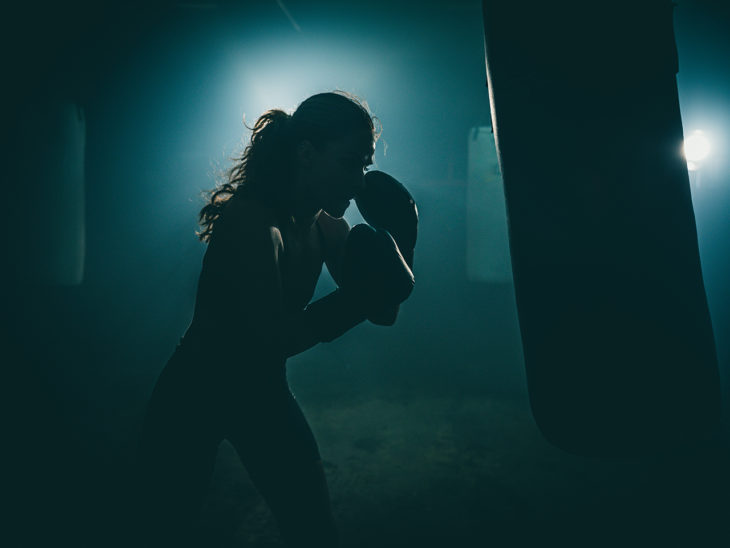 3. Consider expressing it to the person in question

Sometimes, rage is without a person to blame, focused on an unfair event that happened or a big-picture part of your life that haunts you. Other times, though, there is a very clear perpetrator involved, and if you have to see that person again in your everyday life, you might do well to have a discussion about what they did to upset you — and how they may be feeling about the situation. Unfortunately, the occasional conflict is sometimes necessary to preserve a friendship (imagine if you never told your best friend she hurt you and that resentment grew and grew over the years) or to allow your life to run more smoothly.

If you’re going to do this, think hard about what you’re going to say first. Try to avoid being accusatory even if they’re an asshole who deserves it, and simply explain how you felt when they did the action in question. Do this long after you’ve physically calmed down (rage makes our teeth clench, our blood pressure skyrocket, and causes all other kinds of bodily reactions). Keep your voice slightly lower than usual and speak slowly to keep your body from going into an anger-induced autopilot that you’ll regret. Talking about this stuff is awkward, but it could amount to an even better friendship than before.

4. Use it to fuel improvement

Anger is fantastic motivation to make your life bigger and better than before. If anger is the main fuel for your ambition, that’s not very healthy in the long term, but it’s a great temporary jolt to get you started on improving yourself or trying something new. Anger has the tendency to override fear or other reasons to hesitate, so in a way, it becomes a superpower. Try that new thing you were intimidated by, and let your anger push you along.

A good, long run or a kickboxing class is a great way to channel your frustration in a healthy way — and your body just might love you for it! Rage is also a great motivator for an especially impassioned house cleaning. 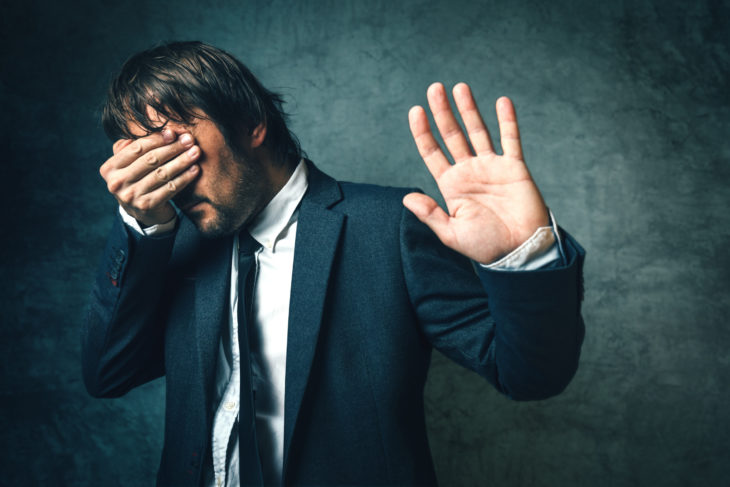 5. Find the true source of your anger

It’s been said that we feel anger when we feel we’re getting too much or too little of something (like honesty, or attention, or provoking from someone we dislike). It’s also said that anger is a secondary emotion that comes as a defense mechanism after you endure sadness, humiliation, fear, or other negative feelings. Consider what your anger might be trying to defend you from. I have a tendency to let my blood boil over tiny things, but you and I both know that my temper as subconsciously brewing long before a silly annoyance set it off. Consider what that source might be for you, because knowledge is power, and it provides you with a jumping-off point to start a conversation with a therapist or other professional who can help you work through those deep-seated feelings.

Slowing your body down and bringing it back to something of a resting state is essential to taking back control of the rest of your day or handling conflict effectively. It doesn’t mean you have to pretend you’re suddenly not angry anymore, just that it’s better if your physiological functions don’t go haywire. Try a breathing exercise: breathe for two seconds through your nose, hold it for eight seconds, and then spend four seconds pushing that breath out of your mouth. Pause for a few seconds, and begin again until you feel your heart rate slowing back to normal.

Ways people get Diabetes And Treatment