What Should You Do When You’re Confronted By An Aggressive Dog?

As friendly and adorable as they often are, there can be nothing more frightening than being faced with a vicious dog, with deadly fangs, seething and growling at you while you’re out for a stroll, jog, or riding on a bicycle.

Most people tend to freeze when this happens, a few make the mistake of trying to outrun the dog, but only a handful know the proper decorum to de-escalate such a situation when it does arise.

In this article, we include some tried and tested tips, vouched by leading veterinarians and dog experts, which can help you deal with such an encounter and emerge unscathed. Be Wary of Your Stance

Dogs respond to body language cues more than anything, and in such a situation most people have the tendency to either adopt an aggressive, or submissive stance, both of which can provoke a reaction from the canine by triggering its own fight or flight instincts.

You don’t want an already agitated dog to consider you either a threat, or a prey, both of which can result in an ugly confrontation.

The ideal approach would be to suppress your own instinctive cues, and remain as stoic, impassive, and inexpressive as possible. This, of course, is easier said than done, but most experts believe that simply avoiding eye contact, and backing away slowly should do the trick.

Use A Firm Voice

While screaming, yelling, or threatening can make things worse, using a firm voice to gain control of the situation is known to work.

Keep in mind that this is not to assert dominance, but just to act as a distraction to the dog, and help it overcome its current state of rage. This is quite effective in regaining control, and is commonly used by vets, and trainers while working with difficult pets.

This, of course, is far from easy for an untrained individual finding themselves face-to-face with an angry hound. However, with a bit of effort to regain your composure, almost anyone can effectively project confidence, and talk themselves out of a confrontation with a canine. 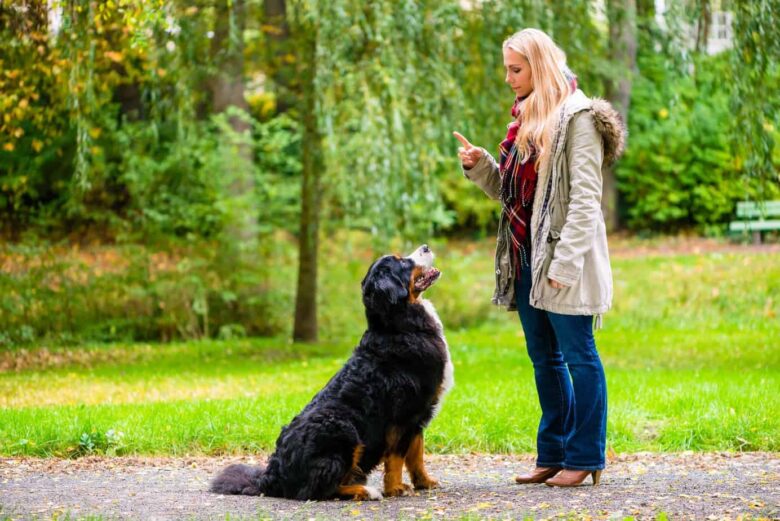 Dogs are predominantly instinctive animals, and if you try to run away when they approach, it merely arouses their hunting instinct to chase down and catch animals.

Many times, even without any signs of aggression, dog owners have found themselves at the receiving end of their pooch’s overly enthusiastic pursuit after playfully trying to get away from them. Their reaction will likely be a lot more fierce in the case of an actual aggressive intent.

Moreover, most people will never be able to outrun a dog that is at its raging prime, even when you’re on a bicycle, most dog’s are capable of chasing and catching up. So, unless you’re standing next to your car, or motorbike, and are confident of making the escape, never consider even trying to outrun a dog.

Dogs in general have short attention spans, and can be easily distracted by objects, food items, or mere noises. If you’re faced with an aggressive canine that remains focused on you, creating a distraction is a great way to diffuse tension, and escape the confrontation.

A distraction can be anything that you find in your pocket at the time, which you can take out and throw in the opposite direction.

Keep in mind, however, that the object, and the way in which you bring it out should not resemble aggressive, or seem like you’re taking out a stone, or weapon to throw at the dog. This can prompt the dog to preemptively attack you right there, so caution has to be taken in this regard.

Remember, the key is calm assertive energy, and as such, any course of action you choose, must ultimately reflect the same, so as to not risk further aggravating the dog. 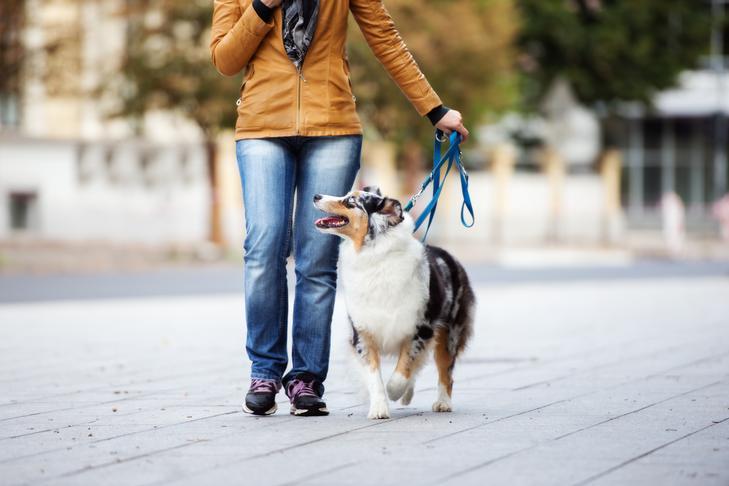 Can You Sue If Someone’s Dog Bites You?

Such aggressive behavior in dogs is almost always a result of a lack of training, and negligent, or even abusive owners. If you’re ever attacked by, or even faced with a life threatening situation because of someone else’s dog, you have the right to sue for damages.

Dog bites, or attacks in general are classified between levels 1 to 6, with 1 being aggressive behavior, growling, or jumping on the victim to startle them, and 6 being a vicious attack that kills, or almost kills the victim.

Depending on the state you are from, almost all levels of aggression from a privately owned dog are worthy of a lawsuit. By engaging a personal injury law professional to tackle your dog bite case, you stand to gain a fairly good amount in the form of compensation or damages for your experience.

The trauma, and damage caused by an aggressive dog can be unfathomable for most of us who are used to seeing them in their angelic form. However, when faced with such a situation, it is only fair that you get compensated for it, and have certain fines and penalties imposed on the owner, who is most often than not, the one responsible for such attacks.

An experienced personal injury lawyer, with a specialization in dog bite cases can help you decipher the incident, and make your case in order to substantially improve your chances of gaining compensation. Most such professionals offer free initial consultations, and if they feel that there is a case to be made, they won’t charge anything upfront.

Dog bites and attacks are quite rare, but they still do happen, and if you’re a regular runner, cyclist, or are used to taking regular strolls through the streets, it is good to stay prepared against a rogue canine attack that can often come out of nowhere. 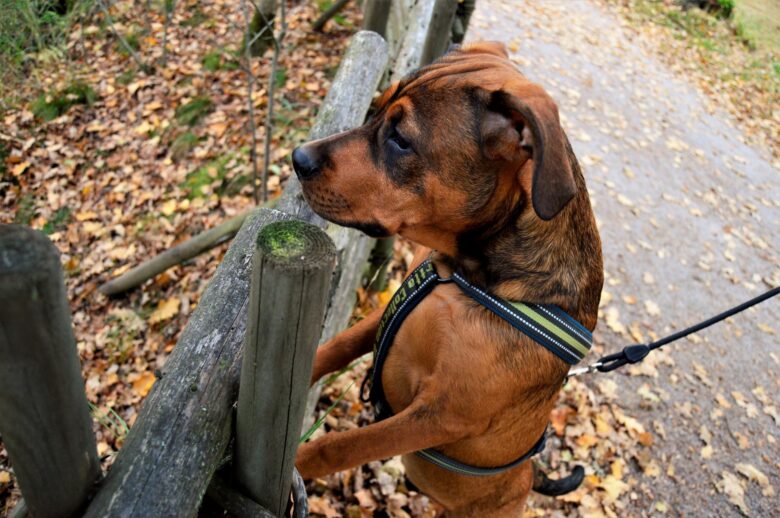 Beyond the above-mentioned strategies and behaviors, people who remain at risk of confrontations with canines can stay better prepared by carrying whistles with ultrasonic notes, pepper spray, dog treats, natural dog repellents, or even rocks to come to their aid if things ever turn to the worse.

Rage Response ─ How To Handle A Suddenly Angry Employee

7 Reasons Why Grooming Your Dog Is Important...