Dessert as an Art Form: A Conversation with Alex Malaise

Desserts have always carried a special beauty. Whether created at home or in the kitchen of a critically acclaimed restaurant, our favorite desserts beg to be photographed, remembered for years to come.

But only recently have desserts come to be accepted as an art form all their own, and that’s precisely what we’d like to discuss: the aesthetic and practical value of desserts and the thought and care that goes into making them. When it comes to the most memorable desserts, it’s never just about the ingredients but the story and approach behind them.

Chef Alex Malaise is proof positive that skilled culinary artisans carry with them much more than technical skill. They also need to have a philosophy that translates to their dishes.

Malaise has served in renowned gourmet kitchens both in Belgium and the US, including Maison Felix, Les, Flâneries Gourmandes, and his current station, Et Voilà!, owned and operated by celebrity Chef Claudio Pirollo.

Pirollo and Malaise are also collaborating with food writer Nevin Martell to create a book on Et Voilà!’s most beloved desserts.

A recent conversation with Malaise allowed us to explore the ways in which his professional and artistic philosophy has informed his career and his culinary creations. 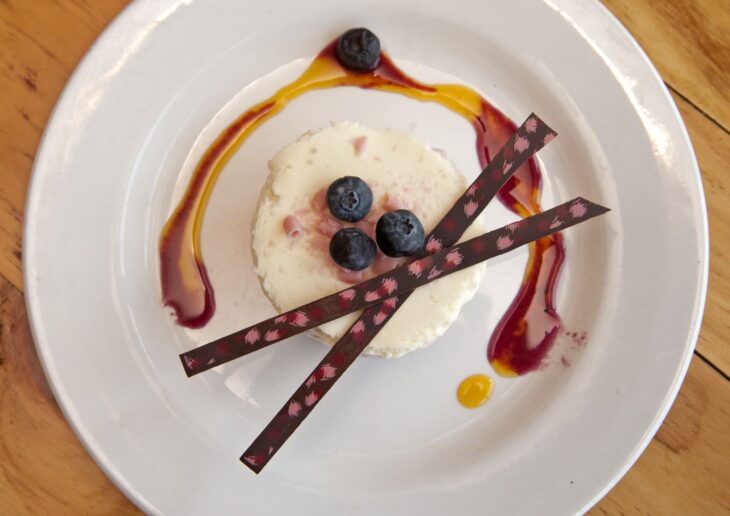 For homemade desserts, taste tends to be the most important factor. If it tastes good, it doesn’t matter so much what it looks like.

But when you’re operating on the elite level of Malaise and other top-tier pastry chefs, a balance needs to be struck, one where taste and looks go perfectly hand in hand. Malaise explained the idea in detail.

“I believe that taste is one of the core elements for desserts and pastries. However, presentation is also crucial. For instance, the parts composing a layered cake [Piece-Montée], must be particularly magnificent. Our customers will remember the beauty of the desert, and so the taste must equal this beauty.”

Neither the exterior nor the flavors can outshine the other. If they do, the balance is ruined and the experience of eating the dessert will be lessened.

Again, these concerns aren’t as crucial in the home kitchen, but there are many differences between simply cooking and creating cuisine.

Restaurants like Et Voilà! don’t focus solely on pleasing one sense but all of the senses. The entire dining experience needs to be cohesive and accessible, much in the same way that a movie has to be more than just great visuals. The other aspects — sound, music, performance — need to all contribute to a singular story, a singular goal.

Just as much care and attention go into high-end desserts because it’s not just food anymore but a work of art. 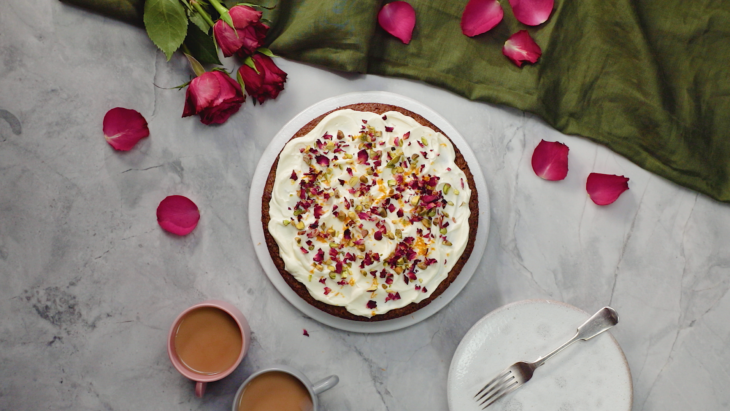 This sense of balance is well reflected in one of Malaise’s signature desserts, which is called Alex Cake.

Alex Cake was originally created for Chef Pirollo’s 40th birthday. After trying the new creation for the first time, Chef Pirollo decided it should be included on Et Voilà!’s carefully curated menu the very next day.

But what is Alex Cake? Well, like many classic desserts, this dish is centered around delicate combinations and contrasts, as Malaise explained.

“Alex Cake combines different chocolate mousses with varied textures. It took me about two weeks to go from the initial concept to the first prototype. Then there were another five to six attempts to achieve the perfect balance of flavors.”

Alex Cake also serves as an excellent example of what’s so exciting about modern cuisine, especially here in the United States. Rather than relying entirely on experimentation and innovation, it utilizes the building blocks of the classics to make something new and interesting.

Instead of throwing out the baby with the bathwater, new desserts are building on top of centuries-old flavors and traditions.

To draw another comparison to the visual arts, new artistic movements are born directly from the previous movement. Even the most outlandish and modern work has some connection to the past.

From Europe to the US 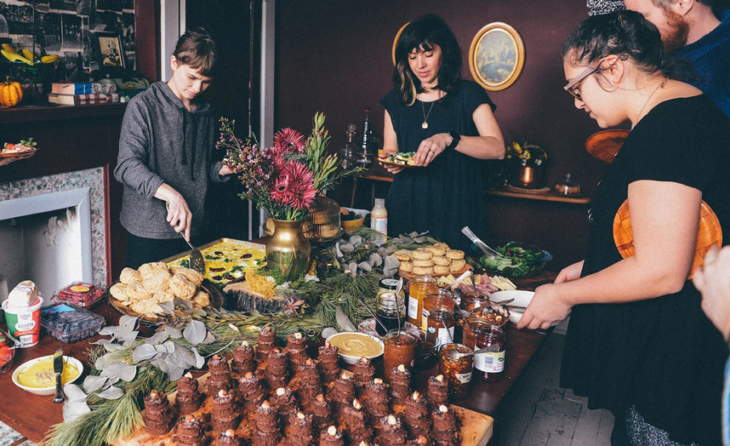 As we transition to a discussion on Malaise’s career and artistic philosophy, it’s important to note that he has a unique perspective on modern cuisine thanks to his transition from elite European restaurants to gourmet establishments in the US.

Instead of asking Malaise whether he prefers one cultural approach to the other, we wanted to know what differences he’s noticed between the two.

Aside from obvious differences in national and regional favorites when it comes to specific desserts and dishes, Malaise has noticed a major trend in American restaurants that promotes accessibility and inclusivity. For Malaise, this is due in large part to requests from customers.

“In the United States, I’ve seen a big wave of customers asking for vegan and vegetarian options or asking restaurants to be mindful of their allergies. Restaurants are listening and accommodating more and more people, which I think is wonderful. It gives me the opportunity to use my art to bring them happiness.”

So many restaurants, big and small, refined and practical, place a large emphasis on serving their guests, regardless of their specific needs, and so it should be no surprise that restaurants in the United States haven’t simply taken to accommodating requests but have built menus around the idea.

In fact, entire restaurants have been founded with the intention to provide for various dietary restrictions and preferences.

While more cynical individuals might bemoan this kind of adaptability, in reality, it’s proof that there’s value in a flexible, free-market approach to business.

It’s exactly as malaise said: restaurants are listening to their clients, and that’s only ever a good thing. Chefs and restaurants unwilling to change and adapt are destined to be left behind.

This doesn’t mean that every food trend is worth chasing, but paying attention to the legitimate preferences and needs of customers leads to increased inclusivity. Fewer people have to feel left out or limited when they visit a restaurant. 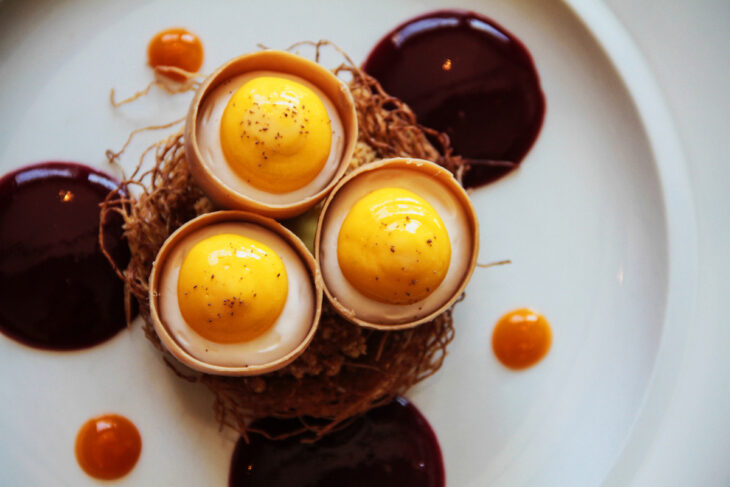 In addition to Malaise’s desire to accommodate for different needs, he also has a very strong aversion to creative and professional stagnation.

Constant growth and improvement are definitely not official prerequisites for success in the culinary field, but for anyone hoping to create something truly original, they’re absolutely necessary.

Malaise looks everywhere for resources that will lead to inspiration and challenge, whether it’s other cultures, restaurant customers, or the people in his life:

“I am constantly learning from our customers, but also from my peers, my family, and my friends. I travel whenever I can to discover new cultures and get new ideas. It helps me find the inspiration to create. I live to challenge myself and bring out the best of me in every dessert and pastry. This is my passion.”

It’s not difficult to find parallels for this idea in other artistic disciplines. Artists whose careers depend entirely on past successes risk boring their audience and may even lose the motivation to keep creating.

Having signatures and hallmarks is important, but leaning too heavily on those hallmarks is a recipe for disaster, and this is just as true in the culinary arts as it is in the worlds of music, film and the fine arts.

But this kind of self-imposed challenge and evolution comes with its fair share of risks as well. Stray too far from past triumphs and the audience may abandon you.

This would worry many artists, but Malaise, Pirollo, and other professionals who have reached eminence in their field find it exhilarating, not precarious.

There’s always a new idea to be found, a new approach to take, a new way to do something very old. 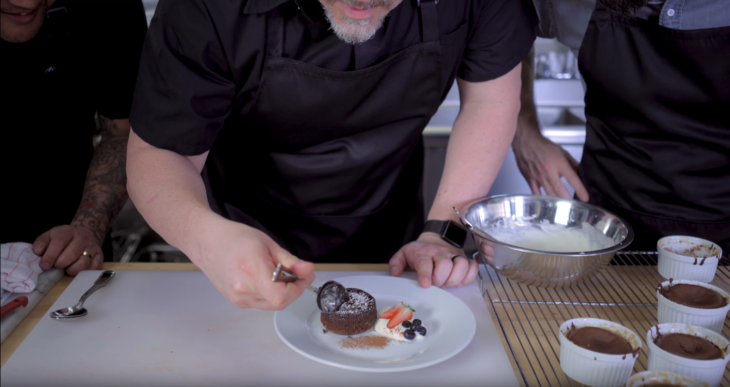 The closing idea of this exploration is a simple one. While many art forms require that the artists release their work to the world, never to see audiences interact with it firsthand, the culinary arts are very different in this regard.

Talented chefs have the distinct pleasure of being close at hand when guests experience their creations.

Restaurants can give direct feedback to chefs, which helps determine future changes and reminds those chefs precisely why they enjoy their work so much, why they got into this line of work in the first place.

Malaise explained to us that his proudest moments as a chef are those very tangible times when he can see that his work has made someone happy. For him, there’s nothing else quite like it.

“I am most proud when we are fully booked, and when our customers cannot wait to try my latest creations or go back to their happy place while savoring their favorite desserts that I created for them.”

While other artists often have to wonder how their work is being received, Malaise knows right away, and it fills him with the kind of determination and joy that attracted him to cuisine when he was young.

Weird Facts About Botox to Impress Your Friends With

Benefits Of Using Porcelain Dinner Set For Your...

What Kind of Stool is Suitable for a...