How Dance Classes Affect your Body and Health – 2020 Guide

There is an opinion that dancing has nothing to do with sports. Ones’ say what’s so hard about it?! Is it a real burden? But those who at least once try it, immediately understand that behind the ease and flexibility with which dancers perform complex movements, there is hard work, rivers of sweat, and bloody feet.

However, the result is worth all the effort, because dancing is not merely a physical exercise. It is a therapy of body and soul, which removes clamps, erases complexes, teaches to feel your body and hear the melody of the world.

The scientific evidence proves this with numbers and data from experiments and surveys. Dancing really does have a positive effect on brain activity. It makes us a little smarter and more attentive.

It turns out that scientists have been studying the effect of dance on the brain and mental abilities relatively recently. In 2008, Scientific American published an article describing dancing – the synchronization of body movement with music – a double pleasure. Music stimulates reward centers in the brain, and dance activates sensory and motor patterns. Doing any kind of dance at least once a week is guaranteed to improve cognitive abilities!

Scientists have studied the brain areas that are responsible for learning dance moves and their effectiveness. These regions are the motor cortex, somatosensory cortex, basal ganglia and cerebellum. The motor cortex is involved in planning, controlling, and executing free movement (the movement performed not automatically). The somatosensory cortex, located in the midbrain, is responsible for motor control and also has a role in the visual coordination of hand movements. The basal ganglia coordinate with other brain areas to smoothly coordinate movement. The cerebellum integrates incoming cerebral and spinal cord signals and assists in the coordination of complex motor actions.

As you can see, the process is very subtle and painstaking. Moreover, dance is always something new. Let the combination of basic movements remains relatively unchanged, but there can be an infinite number of combinations. Every time our brain and body have to remember new options, build new neural connections and reinforce old ones. That’s why many scientists consider dancing to be the perfect prevention for senile dementia and other cognitive problems.

Let’s consider the potential benefits that different styles of dance can cause your body. 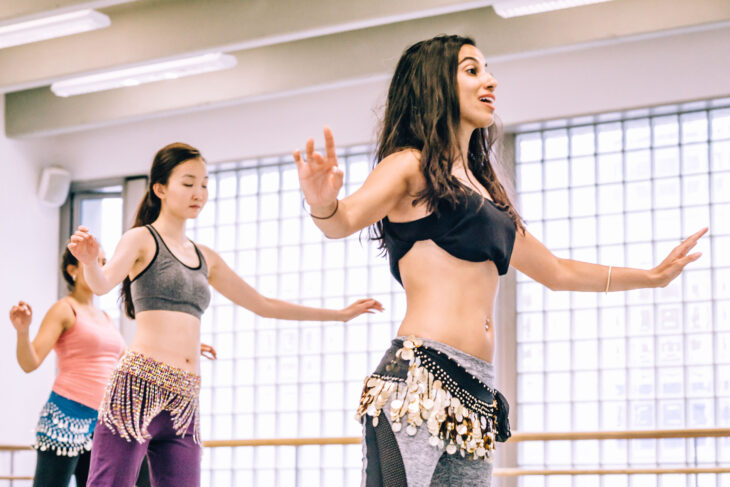 Eastern dancing increases muscle tone and tightens the entire body. Through repeated retractions and abdominal thrusts, abdominal muscles – straight, oblique, and transverse muscles are strengthened. Active hip movement removes extra centimeters from the waist and improves blood circulation in the pelvic organs, which is very important for the health of the reproductive system. Arm twists strengthen your shoulder muscles and triceps, which means you can safely wear strappy shirts. 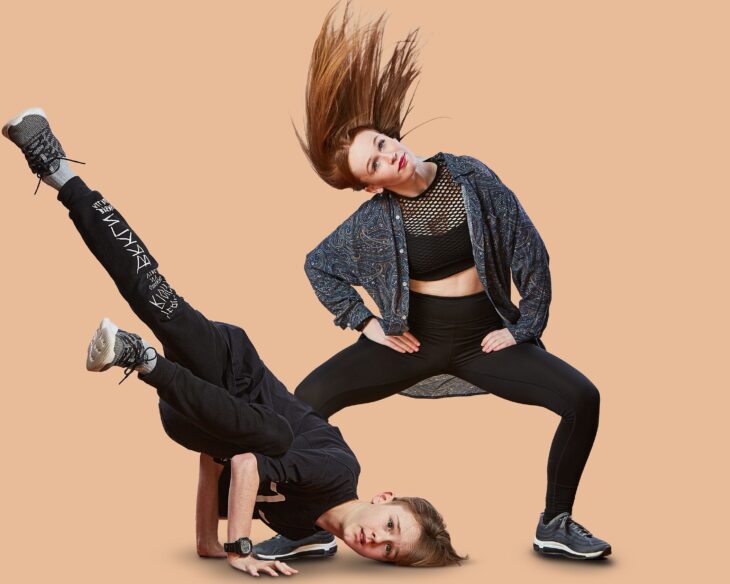 Don’t pay attention to the fact that all who dance hip-hop, house, break-dance, and RnB walk bent over. They actually have very strong back muscles. Street dances require remarkable strength and endurance. For example, the breakdancers perform truly acrobatic stunts. Practitioners of this type of dance can forget about the weights, gym equipment, running in the morning because the figure will be perfect. 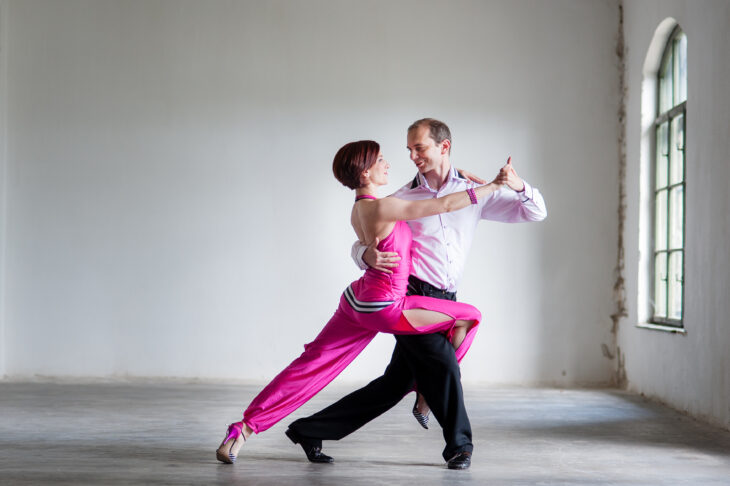 Latina repetitive movements of the hips and legs cause the thighs and buttocks to lose weight and the abs to tighten. The ” lifeline” quickly disappears from the waist. Latin American dancing in general intensely burns fat and speeds up the metabolism. 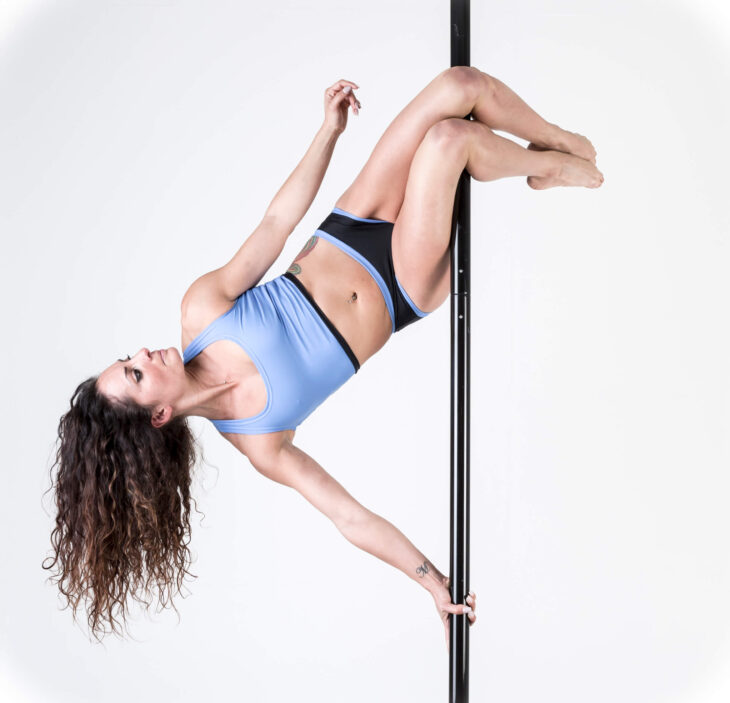 That’s where you can sculpt your figure in minimal time. Muscles are stretched and fat is quickly lost. In addition, many people unconsciously start to eat less, because they often have to hold their body weight on their arms, so they want to get lighter faster. By strengthening the muscles of the shoulder girdle, including the pectoral muscles, the chest is lifted. To hold on to the pole, and even more so to raise your legs in this position is impossible without intensive work of the abs, buttocks and thighs. Arms, which have to hold the weight of the whole body, quickly get a beautiful relief, even fingers are strengthened. Anyway, it’s really a very quick way to sculpt a beautiful harmonious body, though not an easy one.

Dance reduces stress and stimulates the production of the “hormone of happiness” serotonin. There is a “euphoria” for dancers, a rush of happiness and peace caused by rhythmic movements. It is a little bit different from the “euphoria of the runner,” but it works just as well.

Moreover, dance is an ancient art through which a person can express himself, show his inner world, tell a whole story of tragedy or love, or share joy.

Dance therapy pioneer, Marian Chase, discovered back in the 1940s that her patients suffering from post-traumatic stress disorder were able to use dance therapy as a form of communication. It helped reduce tension held in the body and minimized social isolation.

Wonkwang University researched teenagers who participated in dance therapy for 12 weeks. It proved that dancing helped stabilize the sympathetic nervous system and improved psychological discomfort for those who suffered from depression. The same mechanism works with adults as well.

Thus, dance helps a person in the following ways: 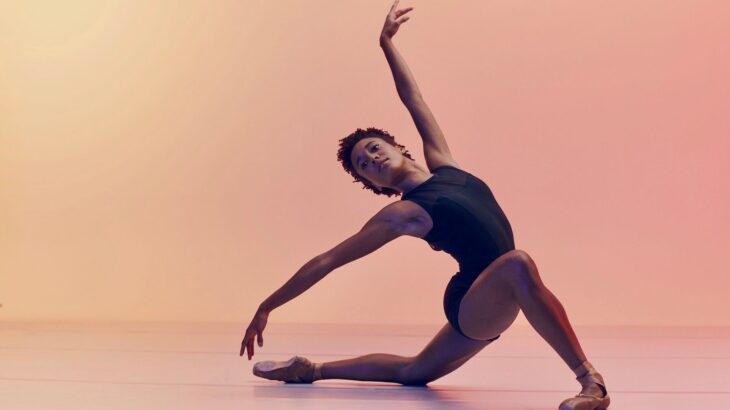 They increase the physical performance and endurance of the body dance trains almost all muscles, making them supple and strong bodies and have a positive effect on joint tissue

To sum up, dancing has a positive effect on a person’s mental state, as it helps to produce hormones of happiness – endorphins. They improve mood, help fight stress, depression, fears, nervousness.

Different Types Of Water Filters For The Home

5 Tips and Tricks For Understanding the RFP Process – 2020 Guide