Well, I successfully made it through Valentine’s Day without needing Xanax or calling an ex-boyfriend, so I’d say it was a great success. But before I headed out on February 14th for a singles’ feast and game night with some of my favorite ladies, I heard from Officer Handsoming. Shocked to see his name appear on my phone, I felt equal parts annoyed and surprised that he’d reach out on Valentine’s Day, since his lack of planning for the holiday ultimately fueled our split.

“Hey. How’d you make it through the snowstorm?” his text read.

“Fine, thanks. Have you had many stabbings and out-of-control ex-boyfriend bonfires to tend to today?” I joked, knowing he was on the clock.

“Not so far, but there’s still time,” he wrote with a wink emoticon. “My schedule changed and I’m no longer working overnight. What are you up to tonight?” 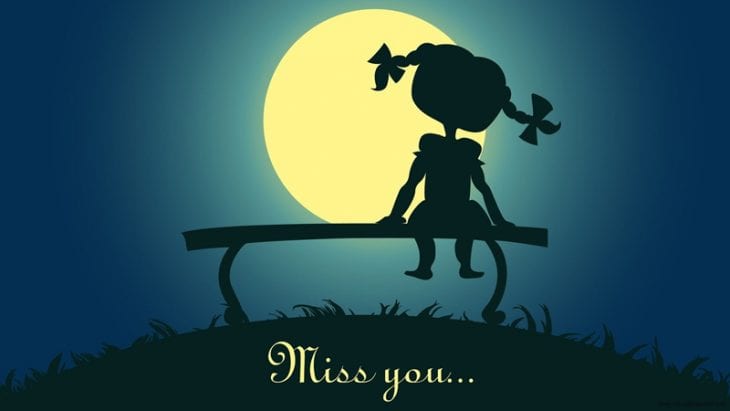 At this point, I was pissed. He ended things between us, and then felt he could reach out to see if I had plans on the most “romantic” day of the year!? To add insult to injury, I knew he was probably just looking for a hookup. But the even more aggravating part was that I actually found myself wanting to see him. I spent the next 20 minutes trying to decide if I should cancel on my girls and hang out with Officer Handsoming instead. Deep down, I knew what I needed to do.

“I have plans already,” I replied.

He told me to take care and wished me a happy Valentine’s Day. I never responded, hoping he would get the hint that I didn’t appreciate him treating me like a booty call. Still, I found myself missing him for the rest of the night. For the remainder of the weekend, I tried to keep myself busy: running errands, visiting family and browsing online dating sites like a hopeful window shopper. Apparently, Officer Handsoming was doing the same thing. As soon as I saw his profile pop up in my matches with an “online” notification next to his handle, I felt betrayed. Why is trying to date right now if he’s unwilling to commit? Is he just unwilling to commit to me? What if he finds someone he actually wants to be with, and I’m stuck single, yet again?

As I sat there wallowing in my single sorrows, I texted my best friend knowing she’d give me some tough love.

She replied, “What exactly do you miss about him?”

Forced to seriously think about her question, I didn’t have a solid answer. When I think about Officer Handsoming, I can barely think of a single specific thing I miss about him. What I really miss is having someone to hang out with on the weekends, to talk to at the end of a long day, and to be intimate with. I realized that this entire time, I’ve really just been missing the idea of him. When I sat with it for a minute, I wasn’t even bitter about the fact that he was looking to date again. I’m doing the same thing. And knowing that we weren’t the right match for each other makes it easier for me to sit back and accept the fact that we’re both entitled to move on. Officer Handsoming was kind, generous and charming, but he was also guarded, distant and an emotional robot. It never would have worked between us, and I know that there were essential nutrients lacking in our relationship. Since our split, I’ve been able to look back at things with a clear mind and see that I was fighting for a feeling that wasn’t there in the first place. Sure, I care about Officer Handsoming, but the raw emotion, physical affection and reassurance that I need to survive in a relationship wasn’t there from the get-go. I waited for all of those things to happen, only to be consistently disappointed when they didn’t. And I think that’s why I found myself so upset the night of our breakup. I felt the pain of yet another relationship failing. 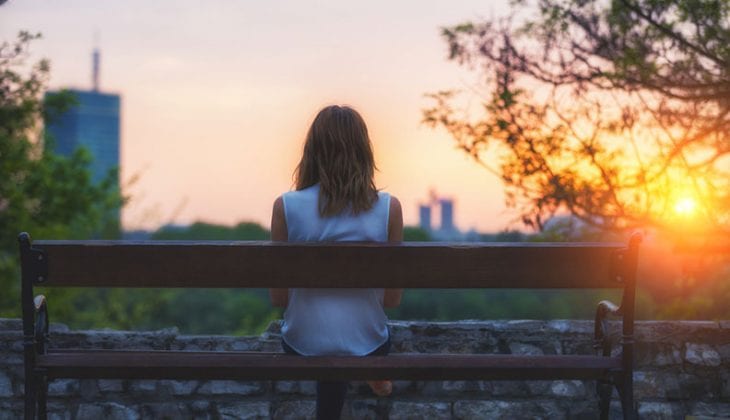 After previous breakups, it was totally different. I found myself missing my exes for the various joys they brought to my life while we were together. When I split from Don, I missed his smile, the way he could make me laugh and how we could look into each others eyes and make all of our worries disappear. After my breakup with Patrick Bateman, I craved his touch and missed the way he brought out the best in me. When I split from both of these men, who I deeply cared about, I crumbled both emotionally and physically. They were all I could think about, I couldn’t eat or sleep, and I felt like I was constantly walking around in a daze with the wind knocked out of me. I was a shell. I went through the day-to-day motions of living—showering, working, resting— but felt constant pain, and some days, just complete numbness. That vacancy lasted for weeks, even months and years in the case of Patrick Bateman.

I understand now that my relationship with Officer Handsoming was a direct result of my wanting to have someone to share my life with so badly, that I almost settled for less than I deserve. I’m proud of myself for understanding that. Knowing that I’m able to distinguish a good relationship from the right relationship, and having the confidence to move on when it’s not the right fit, makes me a little bit less hesitant to date again. I can now move forward knowing that I have it in me to say “pass” when I meet someone great, who isn’t necessarily great for me. And more than anything, I know that the next guy I call my boyfriend will be deserving of the title.

Life After Dating: Bitter, Party Of One